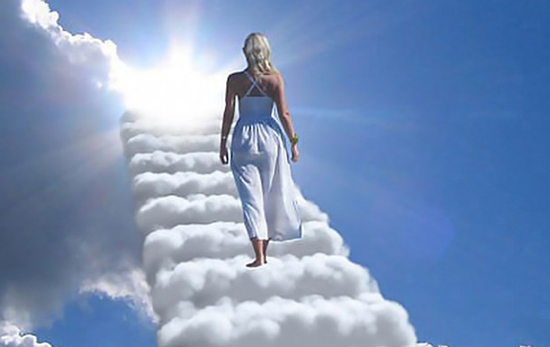 50 years of research conducted by scientists into Near Death Experiences is summarized below. The research shows that consciousness, or the “soul”, or something continues to have awareness after “death”.
Evidence of sensitive and touchy topics in science have always been dismissed and ridiculed. Why, no matter how strong the evidence, are discoveries ridiculed or swept under the rug? Are our minds that closed?

Nikola Tesla once said that: “The day science begins to study non-physical phenomena, it will make more progress in one decade than in all the previous centuries of its existence.”

Fast forward to today, and we now have hundreds of notable world-renowned scientists studying “non-material” science. Science the birth of quantum mechanics, the mysteries of consciousness have been at the forefront of scientific study, and we now know today that consciousness plays a crucial part, in several different ways, when it comes to perceiving what we call our physical material world.

Eugene Wigner, a physicist and mathematician told the world that “it was not possible to formulate the laws of quantum mechanics in a fully consistent way without reference to consciousness.”

With all of this being said, there is still a resistance to the new discoveries that non-material science is making, especially when it comes to topics on the umbrella of parapsychology, like telepathy, remote viewing (which was used by the US government for intelligence purposes for 25 years), for example, near death experiences (NDE’s) and much more.

Here is a video of CIA contracted Physicist Russel Targ sharing everything he knows about ESP.

“Despite the unrivalled empirical success of quantum theory, the very suggestion that it may be literally true as a description of nature is still greeted with cynicism, incomprehension and even anger.” – T. Folger, Quantum Shmantum; Discover 22:37-43, 2001.

This is, again, perhaps why so many scientists are coming together to create awareness about this and emphasize some very important points about non-material science.

You can read more, in detail, about that here.

Near Death Experiences (NDE’s) are one area of study under parapsychology and non-material science. What happens when we die? Does some aspect of us survive death? Some non-material aspect, like consciousness, for example? Does consciousness originate in the brain, or is it a receiver of it?

It’s been the topic of discussion in philosophy and theology for years, and in the XX century it has become the subject of scientific research. One of the people responsible for starting this initiative was Ian Stevenson, who, as the Chair of University of Virginia’s Department of Psychiatry, in 1967, created a research unit within the department to study if anything of the human personality survives after death.

His research investigated multiple hundreds of children who claimed to recall past lives and there are many examples. These children are able to give remarkable details about their past lives, and in some cases include describing how they died, locating past family members of who they used to be that are still living, and more details that would otherwise be impossible to describe.

Dr. Bruce Greyson is considered to be one of the “fathers” of near death studies. He is Professor Emeritus of Psychiatry and Neuro-behavioral Science at UVA. In the video he describes documented cases of individuals who were clinically dead (showing no brain activity), but observing everything that was happening to them on the medical table below at the same time. He describes how there have been many instances of this – where individuals are able to describe things that should have been impossible to describe.

Another significant statement by Dr. Greyson posits that this type of study has been discouraged due to our tendency to view science as completely materialistic. Seeing is believing, so to speak, in the scientific community. It’s unfortunate that just because we cannot explain something through materialistic means, it must be instantly discredited. The simple fact that “consciousness” itself is a non-physical “thing” is troubling for some scientists to comprehend, and as a result of it being non material, they believe it cannot be studied by science.

To access some of the published research in this area, you can refer to this article.
Below is a lecture that was filmed at the UVA by the medical department. It features Jim B. Tucker Bruce Greyson Edward F. Kelly J. Kim Penberthy, from the Division of Perceptual Studies.

Large studies have shown that a significant amount of people who have been clinically dead, experience some type of ‘awareness’ during that time. For example, one patient – a 57-year-old man at the time, despite being pronounced “dead” and completely unconscious, with no detectable biological activity going on, recalled watching the entire process of his resuscitation.

On a side note, Certified Master Hypnotherapist Michael Newton developed a technique to regress his clients back in time to recall memories from their past lives. During this process he stumbled upon a discovery of enormous proportions. He was able to bring the souls back to the place where they go before their next life – a life between lives. Out of 7,000 regressions, a large majority had eerily similar recollections of a place that many of them called “home.”

The proofs for the existence of worlds beyond this one go well past this topic and this article, and this cited research.

It’s interesting because as far back as 1999, statistics professor Jessica Utts at UC Irvine, published a paper showing that parapsychological experiments have produced much stronger results than those showing a daily dose of aspirin helping to prevent heart attacks. Utts also showed that these results are much stronger than the research behind various drugs like antiplatelet, for example.

“Expanding Reality is about the emerging postmaterialist paradigm and the next great scientific revolution. Why is it important? Because this paradigm has far-reaching implications. For instance, it re-enchants the world and profoundly alters the vision we have of ourselves, giving us back our dignity and power as human beings.

The postmaterialist paradigm also fosters positive values such as compassion, respect, care, love, and peace, because it makes us realize that the boundaries between self and others are permeable. In doing so, this paradigm promotes an awareness of the deep interconnection between ourselves and Nature at large. In that sense, the model of reality associated with the postmaterialist paradigm may help humanity to create a sustainable civilization and to blossom.” – Mario Beauregard, PhD, from the University of Arizona.

The takeaway here is to recognize the evidence existing suggesting the soul, or consciousness, or some type of awareness exists after death. Now, what consciousness encompasses, might be different from the soul, etc., but those are much deeper discussions to be had.

When will science recognize something that’s clearly observable given the witness testimony and similarity of the experiences, and that phenomena that can’t be explained can still be real?

The parameters of modern day science really prevents us from moving forward, which is why we are seeing such a large growth in non-material science, the next step after quantum physics.