8 Reasons Why The West Hates Syria

With western leaders eager to invade Syria, it’s worth bearing in mind that Syria has vast oil and gas reserves, has banned GMO seeds, and opposes Zionism. 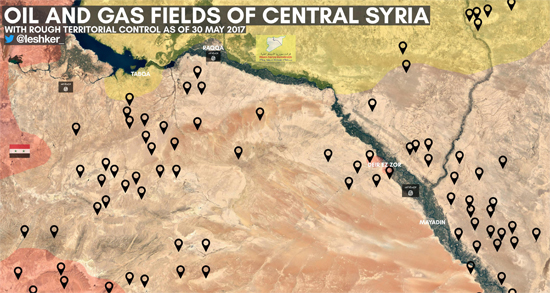 In a video posted online this month, Syrian Girl outlines eight reasons why the New World Order (NWO) are so hell-bent on destroying Syria, a country whose leadership just won’t bow down to the elites.

1) Syria’s Central Bank is state-owned & controlled – In other words, it manages its national currency so that it serves the Syrian people and not the Rothschild-controlled global bankers operating from their New York, London, Frankfurt, Tel Aviv, Basel and Paris hideouts.

This means that the volume of currency it issues is in proper sync with the true needs of real economy of work, labor, production and all that is useful to Syria’s people, instead of being in sync with parasitic, usurious, speculative foreign financiers. The latter seek to control local central banks so they can artificially limit the volume of currency available for genuine economic needs, especially the no-interest credit needed to finance useful things in the real economy: power plants, roads, gas works, housing, private enterprise and initiatives.

This forces productive players – public and private – to have to resort to deadly interest and usury-based private banking loans whereupon the eternal debt chain starts to grow and grow as the so-called ‘sovereign debt crises’ that hit country after country throughout decades of time eloquently show.

Clearly, a very good reason for these parasitic banksters to want to take out Syria.

2) Syria has no IMF (International Monetary Fund) debt. This means that Syria’s leadership understands that the IMF – a public multilateral agency of member governments – is controlled by the global mega-bankers, and acts as their auditor and debt collection police whenever one of its weaker member states runs into sovereign debt trouble, which is another way of saying when those countries reach a point where they cannot siphon enough money out of their real economies – the work, toil and labor of its people – to hand it over to the parasitic private global bankers.

In a sense, the IMF’s real job is to act as the global power elite’s tax office – its ‘IRS’ so to speak – only that it does not tax people directly, but rather through proxy government and nation-states’ tax offices. Are we starting to understand the real roots of the ‘debt crises’ hitting Greece, Cyprus, Ireland, Argentina, Spain, Italy, UK, US, Portugal, France?

Global slavery couldn’t have been better thought out and planned!

Actually, true Islamic nations rightly reject banking fractional lending and interest practices as being immoral. That’s what Libya’s Gaddafi did, and what Syria and Iran presently do.

Clearly, a very good reason for parasitic banksters to want to take out Syria, just as they took out Libya and now target Iran.

3) Syria has banned genetically modified (GMO) seeds – Bashar Assad banned GMO’s in order “to preserve human health,” knowing full well that the Monsantos of this world are out to control the world’s entire food supply, because coming global crises will not only be about oil, but about how much food countries will be able to put on their people’s tables.

That’s why after invading Iraq, the US ordered that only Monsanto seeds should to be used. That’s why submissive client states like Argentina are poisoning their own soil and people by bowing down really low to Monsanto’s demands.

Clearly, a very good reason for Monsanto to want to take out Syria.

4) Syria’s population is well informed about the New World Order. Its media and universities openly debate the global power elite’s influence in things. This means that they fully grasp the fact that real power in the West lies not in the White House, 10 Downing Street, Congress or Parliament, but rather with the complex and powerful grid of elite think-tanks led by New York’s Council on Foreign Relations, the Bilderberg Conference, Trilateral Commission, Americas Society, World Economic forum and London’s Royal Institute of International Affairs, which interact with mega-bankers, media, universities, the military, multinationals and the corporate over-world. 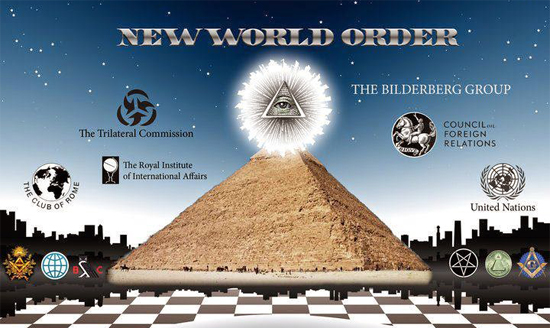 Clearly, a very good reason for those top cats to order their errand boy Obama to take out Syria.

Every time the West goes to war to protect “freedom, human rights and democracy,” there’s always the nauseous stench of oil; whether in Iraq, Libya, Kuwait, the Falklands, Afghanistan.

Syria has offshore and onshore oil and gas reserves, and is helping to build a massive pipeline together with Iran, but without Western oil giants’ control. Clearly, the full militarization of all oil production and reserve zones, and the militarization of transportation routes to ‘bring oil home’ from everywhere in the world, is a key on-going joint US/UK strategy.

6) Syria clearly and unequivocally opposes Zionism and Israel – Israel practices criminal racist apartheid against the occupied Palestinians. Syria’s leadership has no qualms in accusing Israel of being what it is: a racist, imperialist, genocidal entity, as the Wall of Hate Israel erected around Palestine clearly shows.

Israel manages what can only be described as an Auschwitz-like mega-concentration camp in Palestine with millions of ill-treated, often-assassinated and humiliated prisoners. Such geopolitical clarity of mind was shared by Gadhafi’s Libya and Saddam’s Iraq, and today also by Iran, China, Russia and India.

7) Syria is one of the last secular Muslim states in the Middle East, whilst Zionist Jewish supremacists – in line with born-again-Israel-First-Bushite ‘Christian’ kooks in the West – need for everybody to align to the will of their dark demiurge god which has its own ‘chosen people’.

The Global Power Elite’s implicit order is clear: everybody must believe in Israeli superiority, whilst Syrian Girl aptly points out that Syria, like Saddam’s Iraq, Gaddafi’s Libya and Iran just could not be convinced of that. 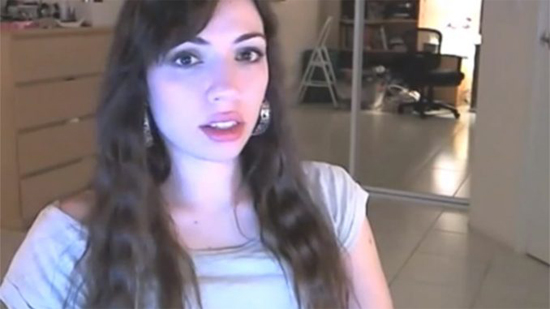 She adds that in Syria, “asking about religion is not polite,” because Syria has bred many of mankind’s prime religions for thousands of years, and those millennia have taught Syrians to be sensitive, tolerant and respectful of all creeds. Something we clearly do not see in the pro-West Arabian sheikdoms, nor in the US, UK and EU with its anti-Islamic paranoia, and where laws are passed imposing the most blatant cultural, political and historical lies demanded by religious bigots who insist that their god will only accept their own holocaust offerings.

Clearly, another very good reason for neocon fanatics and their Orwellian Thought Police to want to take out Syria.

8) Syria proudly maintains and protects its political and cultural national identity – she stresses how Syria “holds on to its uniqueness,” whilst respecting the uniqueness of others. The standardized coming world government simply abhors anybody standing up to its imposed standardization of thought, behavior and ‘values’, where the West’s global megabrands, shopping malls, and fashion & style dictatorships “makes every place look pretty much the same, which leads to a very boring world.”

Today, revolutionary thought in the West even amongst the young, boils down to choosing between Coke and Pepsi. Clearly, a very good reason for Coke, Pepsi, McDonalds, Levis, Lauder, Planet Hollywood and Burger King to want to take out Syria.

Wise words from a young lady who understands the catastrophic failure of the Western powers’ political class, who have now completely turned our world upside down; where the very worst and most malignant criminals have infected governments and private power structures, be it in Washington, New York, London, and Paris, or in Berlin, Rome, Bogota, Madrid, Tokyo, Seoul, Amsterdam, Buenos Aires or Riyadh.

If sometimes Hollywood serves as a showcase that reveals the darkest recesses of the Western power elite’s sick group psyche, we might even say that they are playing our the ‘Planet of the Apes’ saga, where a weird and hellish genetic inversion places horrendously destructive animals in places of world power, whilst noble vanquished humans are enslaved and thrown into cages.

Is this today’s metaphor best describing the US against Syria drama?

The eight points mentioned above are as good a guide to get all our countries back on course as we can muster in today’s troubled, out-of-control world.

Whether American, European, Arab, Muslim, Christian, Jewish, Buddhist, Hindu or Shinto, the time has come for ‘We the People’ to make our voices heard on the streets, with neighbors, family and friends, work and school colleagues, through social networks, demanding that Western so-called ‘democratically-elected’ governments – all of which are the direct result of the will of money-sloshing elites that financed their climb to top government posts through their favorite lie they call ‘democracy’ – stop doing what they are doing, and start doing what we demand they do. Now; immediately: people must take their countries back.