9/11 Was A False Flag Operation To Provoke US Into Waging Wars Against Muslim Nations: Experts 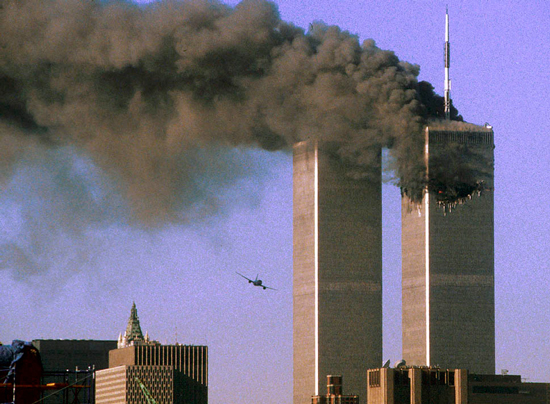 The 9/11 terrorist attacks were covert operations carried out by Israeli agents to provoke the US into waging wars against Muslim nations and Israel’s adversaries, according to experts.

Kevin Barrett, author and 9/11 researcher from Madison, Wisconsin says: “This was a false flag operation; elements of the US government protected it and the team that carried it out was primarily consisting of agents of Israel”.

He added that Saudi Arabia and Iran had nothing to do with it and that the Saudis were used to set up the hijacker patsies. “This was an operation against the entire Muslim world”.

Press TV reports: The Twin Towers in New York City were destroyed by “controlled demolitions” and there is no concrete evidence that Muslims hijacked the aircrafts that crashed into the towers, said Barrett, a founding member of the Scientific Panel for the Investigation of 9/11.

Recently the Al Jazeera news network reported that Saudi Arabia is adding Iran to legal proceedings in the US over its alleged involvement in the September 11 attacks, citing court documents.
Lawyers representing Saudi Arabia in a lawsuit that alleges its connection to the attacks filed a “tag-along action” to “consolidate” litigation accusing Iran of also playing a role, the report said.
The lawsuit alleges that Iran, Lebanon’s resistance movement Hezbollah, and al-Qaeda formed a committee to oversee joint anti-US attacks.

The September 11, 2001 attacks, also known as the 9/11 attacks, were a series of strikes in the US which killed nearly 3,000 people and caused about $10 billion worth of property and infrastructure damage.
US officials assert that the attacks were carried out by al-Qaeda terrorists but many experts have raised questions about the official account.
They believe that rogue elements within the US government orchestrated or at least encouraged the 9/11 attacks in order to accelerate the US war machine and advance the Zionist agenda.

James Henry Fetzer, a professor at the University of Minnesota who has also conducted extensive research on 9/11, says the attacks were “faked” in various ways and the alleged hijackers later turned out alive after the attacks.
US and Israeli intelligence agencies, mainly the CIA and Mossad, carried out the attacks to justify the invasions of Afghanistan and Iraq and advance Western geostrategic interests, Fetzer said.

Moreover, Architects & Engineers for 9/11 Truth, a US non-profit organization of architects and engineers, also disputes the results of official investigations into the September 11 attacks, including those by the 9/11 Commission Report.

Shocking study finds that penicillin changes children’s brains, causing them to grow up angry and violent

Edward Snowden: The ‘Deep State’ Has Infiltrated The White House