By analyzing the neural flickers of dreams, researchers hope to shed light on consciousness

DREAM WORLD Researchers are studying the dreaming brain for insights about how the mind creates consciousness. 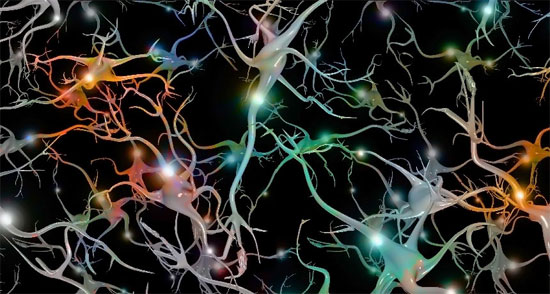 In a nighttime experiment called the Dream Catcher, people’s dreams slipped right through the net. Looking at only the brain wave activity of sleeping people, scientists weren’t able to reliably spot a dreaming brain.

The details of that leaky net, described May 27 at bioRxiv.org, haven’t yet been reviewed by other scientists. And the results are bound to be heavily scrutinized, as they run counter to earlier work that described signs of dreams in neural data. The experimental design matters, because scientists suspect that dreams hold clues about the deepest mystery of the mind — consciousness itself.

The brain can create rich tapestries of awareness even in the complete absence of incoming information. Studying these instances of brain-created consciousness, which include dreaming, mind-wandering and daydreaming, “is a powerful way to understand the relationship between the brain and the mind,” says study coauthor Naotsugu Tsuchiya of Monash University in Clayton, a town near Melbourne, Australia.

Tsuchiya and his colleagues analyzed data generated from nine people who slept overnight in a laboratory while wearing an electrode cap that measured brain waves.

The researchers focused on a stage of sleep called non-REM sleep. (Dreams are so abundant during REM sleep that researchers would have been hard-pressed to find enough instances of nondream sleep to use as a comparison.) To identify dreams, researchers employed an irritating method: They would wake up a person once he or she had entered non-REM sleep, and ask whether the person had been dreaming.

To keep the experiment free from unintentional biases, the project relied on two teams of researchers: data collectors and data analyzers. Once the collectors had gathered brain wave data on both dreams and nondreams, the data was handed over to Tsuchiya and other data analyzers without any clues about the subjects, including whether they were dreaming.

Early on, the analyzers’ complex algorithms separated the data into neat groups. “We were very confident that we were successful,” Tsuchiya says. But once data collectors reviewed the findings, it was clear the experiment had failed to sort the data into dreaming and nondreaming stacks. Even after the data collectors doled out hints such as which data came from which subject, the analyzers still couldn’t reliably spot signs of dreaming, which might have included a type of brain wave emanating from a certain brain locale, for instance.

That failure doesn’t fit with earlier studies that have turned up signatures of dreaming from brain activity, including a 2017 Nature Neuroscience study by Giulio Tononi and colleagues. The difference likely stems from trouble with the new study’s methods, says Tononi, a neuroscientist at the University of Wisconsin–Madison. Compared with the 2017 study, the new experiment involved fewer subjects, fewer electrodes on each person’s scalp and used longer time periods to define periods of dreaming, which might have inadvertently included a jumble of both dreams and nondreams.

Dream researcher Luigi De Gennaro of Sapienza University of Rome, who has also found neural signatures of dreaming, agrees that methodological problems may be responsible for the Dream Catcher’s negative result.
Research on what dreams reveal about consciousness is a rich, but preliminary, area. Although Tononi is unconvinced by the Dream Catcher experiment’s results, he says he is happy to see more studies on dreaming brains.

Ashwagandha: Discover the health benefits of this popular ancient adaptogen