As Mainstream Media Focuses On Mark Zuckerberg’s Testimony, WWIII Is About To Happen

While the mainstream media provides unlimited coverage of Zuckerberg’s appearance before Congress, major geopolitical powers around the world were preparing for a face-off in Syria that could lead to World War 3. 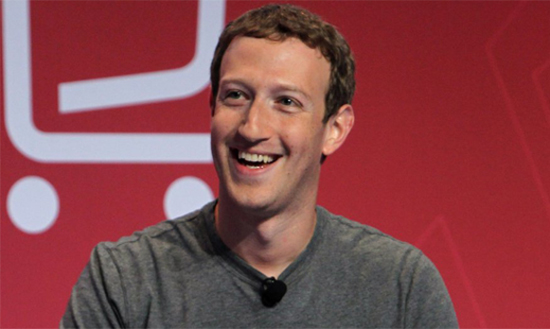 As millions of Americans were tuning in to see Facebook founder Mark Zuckerberg answer to Congress for his company’s handling of its users’ data, the United States’ policy of regime change in Syria was bringing the country and the world closer to World War III than at any other time in modern history.

Following the unverified reports of sarin gas being used on innocent civilians, the U.S. Government’s war rhetoric was at an all-time high. Former SC Gov. and now United Nations Ambassador Nikki Haley said on April 9 at an emergency meeting of the UN’s Security Council, in the presence of Russian members: “The Russian regime, whose hands are also covered in the blood of Syrian children, cannot be shamed by pictures of its victims. We’ve tried that before. Russia could stop this senseless slaughter, if it wanted, but it stands with the Assad regime and supports it without hesitation.”

Haley seemed to imply that the “red line in the sand” which President Obama said would be another chemical attack, has already been crossed and there is no chance of the U.S. turning back on its mission to overthrow Syrian President Bashar al-Assad.
“Russia’s obstructionism will not continue to hold us hostage when we are confronted with an attack like this one” Haley said. “Either way, the United States will respond.”

Haley’s comments were quickly reinforced by President Trump’s promise to respond within 48 hours to the gas attacks – which many, including former Congressman Ron Paul, consider a false flag event. That is because U.S. politicians and the mainstream media seemed to know the details of the attack before an investigation was conducted, and they automatically held the Syrian government responsible when there is no proof to back up their claims.

Standing in the way of the U.S. overthrowing Syria’s Assad is Russia, which currently has a formidable force on the ground in Syria with an untold number of aircrafts, soldiers, and mercenary fighters.

In March (2018), RT reported that Russia’s Defense Ministry was warning that the U.S. planned to use a false flag event to justify war with Syria. No longer content to use proxy soldiers in the form of so-called “moderate Syrian rebels”, the U.S. decided to attack the Syrian regime and is using the latest reports of gas attacks as justification for air strikes.

If the U.S. war strategy follows the same playbook it used in Iraq, Afghanistan, and Libya: they plan to establish a “no-fly zone”, paving the way for an American invasion of Syria. It does not seem to matter to the U.S. that there is no proof that the Syrian government carried out a chemical attack on its own people.

None of these actions should come as a surprise to anyone if they had paid attention to Retired Gen. Wesley Clark’s candid interview with Democracy Now in 2007. After the second Gulf War and following the invasion of Afghanistan, Clark said the Pentagon had war plans to “starting with Iraq, then Syria and Lebanon, then Libya, then Somalia, then Sudan and then back to Iran.” 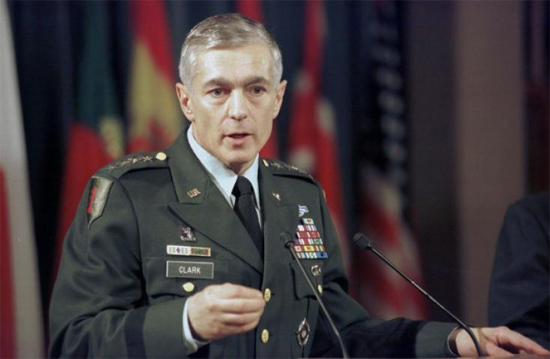 Lebanon was nearly destroyed in the Lebanon War with Israel. Somalia is ruled by U.S. funded warlords, with the skeleton of a government still in place. Sudan’s government was nearly overthrown and in each of those countries, the U.S. reportedly funded rebel groups in its attempt to achieve its overall objective to weaken Iranian influence in the Middle East. Now, apparently, it’s Syria’s turn to have its Iranian-backed, Russian supported dictator overthrown.

But the conflict in Syria differs vastly more than all of the other Middle Eastern countries and their military conflicts combined. Syria has the full support of Russia, Iran, and now China. The country has pledged military aid and training – which usually means troops – to Syria, who will more than likely accept its offer. American troops are already on the ground in Syria, stationed in Iraq, and maintain military bases in the United Arab Emirates. With Russia using military airbases in Iran, and the pledge of military support by China, and now with US warships in the region, how is this not the perfect storm for WWIII?

The U.S. exhausted their use of proxy rebel groups fighting Assad before having nearly all of them driven out. And after supposedly going after ISIS targets inside Syria, the US then turned its warplanes to attack Syrian targets, whose attacks have already killed Russian troops. Not only is the stage set for WWIII but all of the actors are in a full-on dress rehearsal. Meanwhile, Americans are glued to their TV sets to see what the world’s most powerful censor, Mark Zuckerberg, is saying in defense of his company.

Instead of sitting idly by as WWIII breaks out, Americans should historically be protesting yet another endless war being waged that will no doubt be carried out on the backs of U.S. soldiers. They should be in the streets protesting war instead of school safety and AR15s, much like they did in the 1960s. But rather than getting involved in the anti-war political process – as if there’s any real influence average Americans have over the Pentagon – the public seems perfectly content hearing about how the FBI raided Donald Trump’s lawyer’s office and how Zuckerberg is wearing a suit and sitting on Congress’ hot seat.