Assange Exposes The Truth About Corporate Media: You Are Reading Weaponized Text 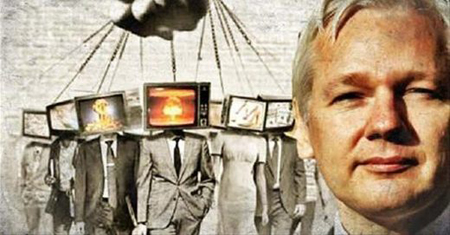 And the outspoken publisher isn’t at all dissatisfied with the propaganda of “fake news” because, as Assange explained to Australian comedian Chas Licciardello, according to CNET, „WikiLeaks is very happy that there is a narrative about fake news out there because we have a perfect record of having never got it wrong in terms of authentications”.

While the corporate press continues misrepresenting information, quoting unnamed and thus unverifiable sources, and even printing flagrant fabrications, WikiLeaks maintains an unparalleled streak of publishing authentic and undoctored data, despite excoriation from the establishment, thus eliminating all bias or unintended insertion of opinion.

“When the narrative of fake news came out and was then taken off effectively by the neo-liberal press and pushed around,” Assange elaborated. “I could see exactly where that was going. I was rather happy about it.”

But the outspoken publisher’s opinion on so-called fake news emphasizes the disastrous failings of a mainstream media hell bent on propping up its own establishment agenda, regardless of which political affiliation a given outlet claimed.

Further, he said, discussing WikiLeaks searchable database, “You’re not reading pre-weaponised knowledge. When you read a newspaper article, you are reading weaponised text that is designed to affect a person just like you.” 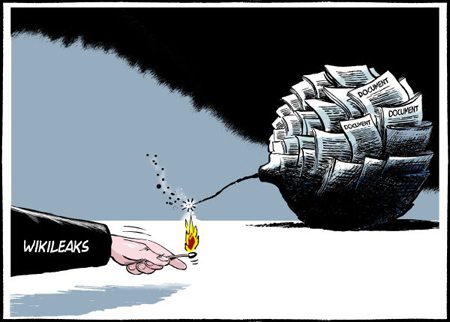 In fact, after the Post published a slew of articles without any basis in fact, The Free Thought Project noted in January 2017, “this latest astounding deviation from the facts, however, makes indisputably clear the weaponization of news. Journalists and media outlets make mistakes from time to time, but a pattern and practice of publishing unfounded, unverified, and fraudulent articles cannot be characterized simply as irresponsible.ˮ

We are in the midst of an information war of epic proportions, led haplessly astray of the truth with the Post leading the way, and it’s a dangerous and frightening portent of things to come, not the least of which will be propagandized truth and heavy-handed censorship.

That assessment has proven true, as what appeared to be recklessness in corporate journalism generally gains editorial approval if the article appeals to emotion and will manipulate readers into a specific thought pattern, like both anti-Russia and anti-Iran reports so frequently topping mainstream headlines.

Of course, no coincidence exists in the corporate press’ continued stark criticism of WikiLeaks as a politically-motivated organization, an allegation oft-repeated during the last presidential election cycle.

Such accusations only act to divert attention to the corrupt ugliness displayed by politicians and insiders who never imagined their words behind curtains would be unveiled to public scrutiny.

Outlets loyal to the Democratic establishment thus accused WikiLeaks and its founder of publishing damning documents from the DNC, John Podesta, and candidate Hillary Clinton as part of a political vendetta, particularly due to the lack of documents the outlet received on rival Donald Trump.

Assange has emphatically repeated that WikiLeaks cannot publish what it doesn’t have in its possession, and no whistleblower or leaker has yet come forward with a cache of information on Trump or the RNC. 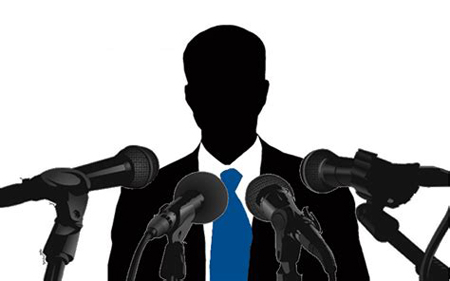 Beyond content, WikiLeaks came under fire for the timing of document dumps during election season, a matter of such concern to the former Obama administration, U.S. officials attempted to dam the flood of documents by persuading the Ecuadorian Embassy in London, which Assange has called home since 2011, to cut his connection to the Internet.

But timing is everything for the clients who hand over information to WikiLeaks, and striking the greatest blow with truth isn’t something Assange avoids. As he told Licciardello on the decision of when to publish the Podesta Files, “We try and maximize the value of the information to readers. So that’s publishing it at the moment when they most want to read it, when they most want to know what it contains. And that’s definitely before an election rather than after election.ˮ

“Sources don’t give you stuff unless it’s going to have impact,” he explained.
WikiLeaks, unlike a traditional media outlet, publishes and catalogs data for anyone to search, and doesn’t remove documents after maximum impact has been achieved.

“The real value in WikiLeaks is a wonderful library that you can trust. But the library has to be marketed. And so the scandal-generation business, which we’re also in, I view that as a kind of marketing effort for what is much more substantial, which is our archive.

I think that is the real beauty of WikiLeaks, it is that sea of information, that treasure, that intellectual treasure, that rebel library of Alexandria you can go into.ˮ

Critics from both sides of the political duopoly claim WikiLeaks’ policy of printing everything in a leak, without editing content, presents a danger to government officials acting surreptitiously in the field. But Assange disputed this, and has said WikiLeaks carefully vets every document to ensure no lives would be jeopardized before it publishes.

“Nothing that we’ve published has ever hurt anyone, physically,” Assange asserted. “Information very, very rarely is dangerous. And not compared to what government does.”