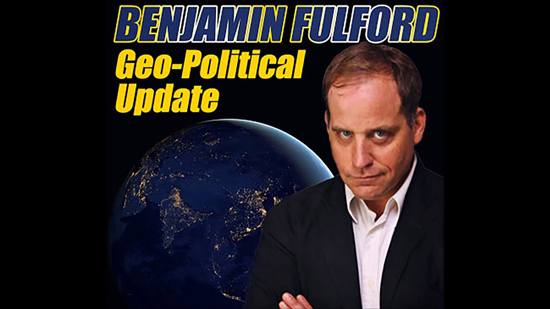 A change of guard and a purge of secret power brokers is breaking the deadlock in the battle for the Earth, say Pentagon, Vatican, agency, and other sources. This is expected to result in the official disclosure of 9/11 and 3/11 truth as well as the removal of several G7 leaders, according to the sources. To kick off this process, Admiral Mike Rogers, the head of the NSA who “resigned” on May 4th, “will testify before Congress to deal death blow to the cabal” Pentagon sources say.

A publicly visible sign of this change was the formal election of Fra’ Giacomo Dalla Torre as the 80th Grand Master of the Knights of Malta on May 2.

This is important because the Knights of Malta is not just a charity, but a military order whose members, the tip top of the Western elite, must obey orders. At one point MI6 sent me a list of the members of the order and I (Benjamin Fulford) saw that it included enough senior U.S. military officers and agency officials to control the military-industrial complex. Unfortunately, somebody was so concerned about my having it that it was removed from my computer along with a removable backup hard drive I thought I had hidden away. Nonetheless, other public lists show the order includes people like George Bush Sr. and Jr., Henry Kissinger, David Rockefeller, Queen Elizabeth, etc.

What is interesting about Dalla Torre is that he obeys Pope Francis, unlike his predecessor, Fra’ Robert Festing, who reported to Cardinal Raymond Burke. This is what self-described Satanist Leo Zagami had to say about this move:
“Our worst fears became real when the last traditionalist Order that poses a threat to Francis, the Knights of Malta, still immensely powerful within the military and intelligence community worldwide (including the conservative side of the C.I.A), have seemingly lost their battle for the defense of tradition and Christianity.”

Zagami has told this writer he has eaten human fetuses and participated in occult ceremonies to “summon demons” and other entities. I suppose that it is this “tradition” that he is defending. He also said Christianity was “a religion for the slaves.” So the “Christianity” he is defending is the continued enslavement of humanity.

In any case, these changes are not just connected to religion, but are also intimately linked to the highest levels of world finance and power. This is because the Vatican secretly controls most world governments and leaders by giving them a choice between “lead or silver,” i.e. assassination or a large deposit in their name at the Vatican bank, confirmed by P2 Freemasons and other sources.

On this front, Vatican #3 and person in charge of Finance, Cardinal George Pell, has been removed from power ostensibly because he faces criminal charges for covering up sex abuse in the church. Coincidentally, his trial began on May 2, the same day the Knights of Malta elected their new leader.

This means that the apex of Western finance, the essence of the Deep State, is under new management.

These changes coincide with a huge move by Pope Francis to use high-level financial instruments to finance a massive campaign in South America and Africa to fight poverty and environmental destruction, P2 Freemason sources say. There is a lot we are being asked not to write at this time, but we can confirm this move has seemingly unlimited funding behind it.

Also, CIA sources in Asia and Rothschild family sources both say high-level intrigue involving gold and rights to historical assets is going on. A Rothschild source, for example, says that “Julia Divinagracia, aka Alpha & Omega, was kidnapped”. Alpha & Omega, according to both CIA and FSB sources, financed both the West and the Soviet Union during the Cold War. The CIA sources, for their part, report new Rothschild-connected moves to take over the gold mines of Bougainville and other parts of Southeast Asia. Photographs of certain “individuals of interest” are being circulated by the CIA in relation to these intrigues, the sources say.

In any case, apart from this Byzantine-type intrigue, there is a clear unity inside the U.S. military-industrial complex and a determination on their part to permanently end cabal rule, Pentagon sources say. 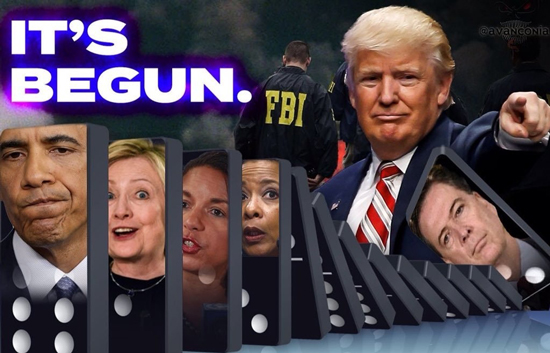 A visible sign this means real change, of course, is the move towards peace in the Korean Peninsula. Another sign has been the State Department’s decision to cut off funding to the fake “white helmets” propaganda outfit in Syria.

As the sources note, “the Deep State is reeling as sealed indictments exceed 29,000, the Department of Justice, the CIA, the FBI, and the State Department are being purged, and Bush Sr. was kicked out of hospital”. Entering a hospital is a tried-and-true method used by Deep State operatives to avoid arrest.

It is interesting to note that John “Daesh” McCain has announced that he will invite George W. Bush and Barack Obama to speak at his upcoming “funeral” as he dies of “natural causes”, but will not invite Trump.

Of course, the elephant in the room that everybody avoids by using the euphemism “Deep State” is Israel and the Zionists who were McCain’s sponsors. For them, events are unraveling very quickly. Satan-worshipping Israeli Prime Minister Benjamin Netanyahu has been “summoned to Moscow on May 9 to watch a victory parade where Putin delivered an ultimatum to end the final conflict that has been holding up the global currency reset”, the sources say.

“Zionism is in its death throes, as Israel is globally isolated in its quest to kill the Iran deal and will be soon exposed for 9/11 and 3/11,” the Pentagon sources add. In addition, top Zionist White House agent Jared Kushner has been sidelined, they note. Israel is now “surrounded by superior Russian weapons, targeted by global boycott, divest, and sanction (BDS), unable to force Congress to pass an anti-free-speech law that punishes BDS supporters, defeated in lawfare when it lost the U.S. Supreme Court case Jesner v. Arab Bank, and was denied a seat on the UN Security Council.”

The other thing the Pentagon sources said was that the U.S. Second Fleet was reactivated to “protect the East Coast and EU while keeping China and Israel away in a joint U.S.-Russian security architecture.”

The mention of EU in the context of a “joint U.S.-Russian security architecture,” implies that Russia and the U.S. have reached some sort of deal over the EU. It is intriguing because Amsterdam’s Schiphol Airport was shut down all night on April 29th due to a “power failure.” Since modern airports have multiple redundant backup power supplies, it is a good guess the airport was shut down to allow special forces to deploy throughout Europe in order to remove top cabal targets.

We need to keep an eye on visible remaining cabal leaders like Theresa May in the UK, Angela Merkel in Germany, and Emmanuel Macron in France.

Regarding Macron, sources in the French National Transition Council say he is so isolated from his own security forces that he uses foreign bodyguards to whom he speaks in English. Imagine what Americans would feel like if the U.S. President used non-American, Spanish-speaking bodyguards.

On May 5th, over 5,000 demonstrators, many of them military and other government officials, marched on a mental hospital in Paris to demand the release of Marc Granier, a member of France’s elite CRS VIP protection force. Granier was forcibly placed in an insane asylum after he exposed high-level government malfeasance (including multiple assassinations of government officials, police officers, journalists, etc.) in a YouTube video released on May 2nd, , the council notes. The video (in French) can be seen here.

Granier left detailed evidence with the Transition Council as well as with the Russian Embassy in Paris as insurance in case something happens to him. Well, it has happened, so we shall see how long the Satan-worshipping Macron and his fake government remain in power.

On a final note, several Japanese right-wing leaders and members of mutual self-defense organizations (mislabeled as organized crime syndicates) have contacted this writer to inform him that Japan’s various underground organizations are uniting under a single banner. This means the Yamaguchi-gumi, the Inagawa-kai, and the Sumiyoshi-kai will be joining forces to make sure Japan becomes an independent country once again.

Europe Under the Vaccination Gun: An Expanding Tragedy