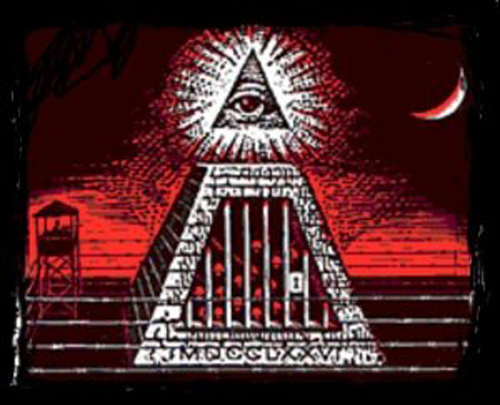 Humanity’s war to free itself from Satanic Khazarian mafia rule is heading towards final victory but some tough final battles lie ahead of us. The month of April saw a major offensive by the Satanists on many fronts but, despite causing much nuisance, their efforts to either start World War III or else regain control of the world’s financial system failed. Nonetheless, high level intrigue continues in Europe, East Asia the US the Middle East and elsewhere. In the midst of all this, the US Corporate government was able to avoid bankruptcy and kick the can down the road for a few more months or, until the high level power struggle ends.

One of the most intense secret battlefields was Japan. NSA and CIA sources in Asia both confirm that leading Satanist Leo Zagami and his goons were in Japan seeking, among other things, to stage a sarin gas attack on the Tokyo subway system to blame on North Korea. That probably is the real reason Japan temporarily shut its subway system in April “in response to a North Korean missile test.”

Gnostic Illuminati Grandmaster “Alexander Romanov” also went into hiding in the same period, to avoid what NSA sources warned him would be an attempt on his life by Zagami and his goons. Zagami did not respond to these allegations.

The other thing going on in Japan is that cars carrying members of the Japanese royal family have come under attack in several incidents, according to right wing sources close to the imperial family. These attacks were meant to intimidate the Emperor into using his seal to allow large denomination bonds to be monetized, the sources say. These bonds included “super Petchilis that were used by the former Republic of China to build that countries’ infrastructure,” according to US Defense Intelligence Agency sources. The last person to show a super Petchili was Leo Zagami.

The other group stirring up trouble in the Far East in April was the French branch of the Rothschild family, multiple sources agree. The French Rothschilds are the main instigators of the recent efforts to provoke a battle between the US and North Korea. That is because the French Rothschilds want to replace North Korean strong man Kim Jong Un with a fake Kim Han Sol controlled by them. That is why they recently staged the murder of a man they claimed to be Kim Jong Nam, the elder half-brother of Kim Jong Un and father of Kim Han Sol. Chinese government sources, Japanese military intelligence and Asian secret society sources all confirm the Kim Jong Nam recently killed in Malaysia was not the real deal and that the Kim Han Sol who appeared on Youtube shortly after the supposed assassination was also a fake. The real Kim Jong Nam and son are at a safe location in China, the Chinese sources say.

The Rothschilds are trying desperately to get their hands on gold to avoid bankruptcy and, as a result of this, they lust after the gigantic gold and other mineral deposits in North Korea. That is the real reason they want to place a proxy of theirs in charge of that country, the sources say. Now we can understand why all the sudden escalation of threats against North Korea.

There is also a strong push to place Rothschild agent Taro Aso as Prime Minister of Japan, the Japanese right wing sources say. Since Aso is married into the French branch of the Rothschild family, an Aso regime would allow this family to reassert their rule over Japan. White Dragon Society sources say they believe neither Rothschild man Aso nor Rockefeller agent Ichiro Ozawa should be allowed anywhere near the Japanese Prime Minister’s office.

There was also a lot of intrigue involving US President Donald Trump, Chinese President Xi Jinping and a Chinese Rothschild agent by the name of Guo Wengui. Guo has been working as a hatchet man for Xi Jinping helping him purge rivals inside the Chinese government, according to Vietnamese sources. The sources sent the following two pictures of Guo, one with Jacob de Rothschild and another with the Dalai Lama.

Guo is also a member of Donald Trump’s Mar-A-Lago resort in Florida where Trump and Xi recently had a summit meeting. Guo is now being sought by the Chinese government on bribery charges and is wanted by Interpol.

Asian secret society sources reacted to this information with the following comment: “We want to create a new future and a new age. If the Rothschilds of the old structure agree with us, we believe in mutual prosperity but, we will never serve under them. If Xi Jinping works for the Rothschilds, then we will withdraw our support for him.” The society also reiterated its goal of a “one world” united in friendship. 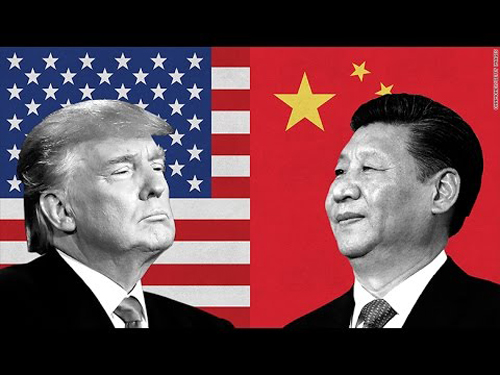 The intrigue around Trump and Xi Jinping is connected to ongoing efforts to cash large denomination Chinese gold backed bonds, a DIA source says: “These Chinese bonds are the key to returning Chinas gold that has been held by the Federal Reserve since the 1930’s. The Chinese are using the prosperity funds to pay for the bonds which will then free up the vast stores of Chinese gold. If the cabal had gotten its hands on a large cache of these bonds it would be disastrous for creating a new currency backed with gold.”

The DIA source also notes that multiple attempts were made to release vast funds into the financial system.
“This all occurred in [Washington] DC while Trump met with the NSA and Pentagon while the CIA and FBI were trying to hold secret meetings all week [end of April, editor note] in New Zealand with their counter parts in the crown countries, Britain, Canada, New Zealand and Australia; the NSA chief wasn’t invited to New Zealand and I don’t know if Navy intelligence was represented there or not,” the source says.

The DIA source notes there appear to be two competing factions at work at the highest level of Western power. The existence of these factions was also confirmed in news reports about the selection of a new head of the Knights of Malta. The Knights of Malta are, on the surface, a charitable organization but, since many top Western military and intelligence agency brass are knights, in reality it represents an apex of Western military power.

In any case news reports say the 72 year old Italian Giacomo Dalla Torre del Tempio di Sanguinetto was elected as an interim leader. The reports agree Dalla Torre was a compromise between competing British and German factions in the order.

“The order has been wracked by internal struggles over leadership involving Vatican intrigue and financial misdeeds, revealed by a recently leaked internal document showing Albrecht von Boeselager, the recently reinstated Grand Chancellor caught in a condom distribution scandal, was actively conspiring to depose [former Grandmaster Mathew] Festing, who stood in the way of an unethical financial deal that would’ve financially enriched von Boeselager and the Vatican,” according to Christine Niles, M.St. (Oxon.), J.D. ChurchMilitant.

“The Knights of Malta elected a new leader in Rome in a bid to end a bitter internal feud that led to Pope Francis’ personal intervention in the ancient Catholic chivalric order”, wrote The Telegraph.

So once again we see attempts to cash high denomination bonds going on at the highest levels of world power. It is a pretty good guess Zagami and his Satanic faction of the P2 Freemason lodge were operating behind these scenes here too.

Nuclear brinkmanship and attempts to start World War III are all linked to these efforts to cash these bonds and thus grab control of the world’s financial system.

No matter what Pentagon sources are saying they have seized control of US foreign policy from the Zionists and war-mongering Neo-cons. “The military takeover of Trump was completed when the military was given carte blanche and he was forced to tell 100 senators no war with North Korea or any state without a formal declaration of war, making this virtually impossible”, the sources say.

“[US Defense Secretary James] Mattis, [top general Joseph] Dunford summoned all Senators to the White House to tell them foreign policy has been outsourced to the military, not Israel, and to neutralize the [Jared] Kushner, [Paul] Wolfowitz, [David] Petraeus, H.R. McMaster neocon faction,” the sources continue. These sources say Dunford’s April 2nd trip to Iraq with Mossad agent Jared Kushner was to “keep the enemy closer.”

A former 2 star marine general has also been put in charge of the Secret Service “to ensure no assassination by the deep state or Mossad,” they say.

Also they say “Israeli UN ambassador Nikki Haley may have been blackmailed by her adultery, and may be reined in by [US Secretary of State] Rex [Tillerson] and removed from the NSC and Trump even hinted that she may be fired.”

Trump was also forced to back down from extorting money from South Korea under the pretext of deploying Thaad missiles because of Vatican opposition, they say. Furthermore, the sources note, the “Thaad missiles may not work as advertised.”

Pope Francis also publicly rebuked factions trying to start World War III by noting that a war between the West and North Korea (i.e. East and West) would “destroy everything.”

Sources in the illuminati and other power centers agree and confirm that no efforts to start all out nuclear war will be allowed. In other words, this time, a revamp of international institutions will take place through negotiation, not through a world war. In these circumstances the White Dragon Society has offered its services to help find a win-win compromise between East and West.

Trump Won’t Be Cancelling World War III after All – Stand down Mr. Trump