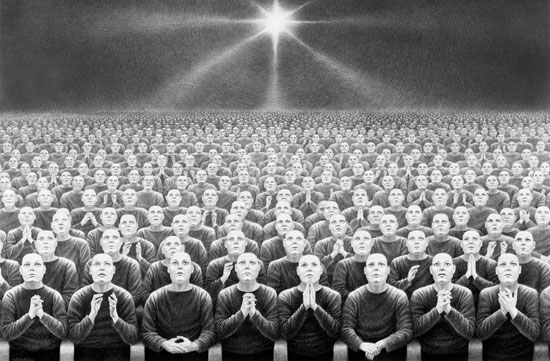 Rule by technocracy is the subject of this article. In such a future, there would be no politicians. They would have been made extinct.

Huxley’s 1932 novel (Brave New World) about a World State and its version of Utopia is still one of the most important and relevant novels of our time.

It is the companion piece to Orwell’s 1984. The overt brutal force has been removed from the equation in Brave New World. Instead: all births are synthetic, hatched in artificial womb factories, with accompanying genetic manipulation; no more nuclear families; no more monogamy; education is achieved through hypnotic sleep-learning; a caste system is engineered so the lower, less intelligent classes are happy with their lot, and the upper-level “alphas” occupy the top positions; the castes have little interest in associating with each other.

Technocracy has triumphed. The theme of life, the basic theme, is Pleasure. Pleasures of the senses. Not of the mind, not of constructive action, certainly not of imagination. Pleasure keeps the citizens of the World State occupied… and if that fails, the ultimate backup is a drug called Soma, which relieves anxiety and depression and stimulates “happiness.”

There are many people living among us today who would opt for that life in a heartbeat. They would see no downside.

“Well, of course. Sign me up. I’ve been trying to find that pleasure all along. I’ll take it.”

The 1932 technocrats of Brave New World found a key. Why should they waste time trying to inflict pain on the population as a control mechanism? Why should they risk rebellion and revolution? Go “positive.” Give people pleasure. Absolutely.

All older forms of government fade away. They were just crude experiments in the foothills of the one and only revolution: technology deployed to pacify the world.

By the way, in Brave New World, no one reads books. They’re unnecessary. They make no sense. The “better life” is already a living fact. What possible benefit could a book deliver?

Brave New World shows complacent animals grazing in pastures. That’s the picture. Human animals at peace in the fields. Nothing to care about. Nothing to think about. Just bend and chew. Don’t worry, be happy.

As Patrick Wood mentions in his fine and highly recommended book, Technocracy Rising, Huxley began writing Brave New World as a parody of other utopian novels of his time, but he became fascinated with his own ideas along the way, and set his mind to the task of fleshing out a technological end-game civilization.

They are living in a universal super-welfare state. Their needs are satisfied. Especially the central need: pleasure. It isn’t gained or worked for. It’s given. It’s a fact as basic as rain and sun. It’s there. It’s the shortest distance between the present moment and the next moment.

Isn’t this the fairy tale told about rich and famous celebrities? They can wake up in the morning thinking about pleasure that is immediately there for the taking. They have the means. They have the time. They have the opportunity. In Brave New World, everyone is that kind of creature. By necessity. There is no real choice. Their most base desires are their only desires. Their horizon is shortened.

Here are several choice quotes from Huxley’s masterwork:
“Hot tunnels alternated with cool tunnels. Coolness was wedded to discomfort in the form of hard X-rays. By the time they were decanted the embryos had a horror of cold. They were predestined to emigrate to the tropics, to be miner and acetate silk spinners and steel workers.

Later on their minds would be made to endorse the judgment of their bodies. ‘We condition them to thrive on heat,’ concluded Mr. Foster. ‘Our colleagues upstairs will teach them to love it’.”

“Feeling lurks in that interval of time between desire and its consummation. Shorten that interval, break down all those old unnecessary barriers.”

“No pains have been spared to make your lives emotionally easy – to preserve you, so far as that is possible, from having emotions at all.” 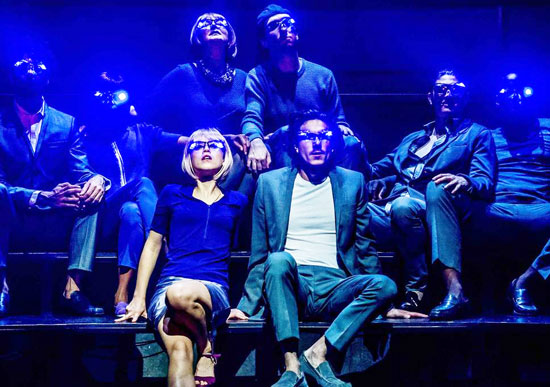 “A gramme [of the pleasure drug Soma] is better than a damn.”

Lee Silver, a molecular biologist at Princeton, has written a book, Remaking Eden (1998), about the future of gene science in society. This is how he sees things playing out: “The GenRich – who account for ten percent of the American population – all carry synthetic genes. All aspects of the economy, the media, the entertainment industry, and the knowledge industry are controlled by members of the GenRich class.”

Naturals work as low-paid service providers or as laborers. [Eventually] the GenRich class and the Natural class will become entirely separate species with no ability to crossbreed, and with as much romantic interest in each other as a current human would have for a chimpanzee.

Many think that it is inherently unfair for some people to have access to technologies that can provide advantages while others, less well-off, are forced to depend on chance alone, [but] American society adheres to the principle that personal liberty and personal fortune are the primary determinants of what individuals are allowed and able to do.

Indeed, in a society that values individual freedom above all else, it is hard to find any legitimate basis for restricting the use of repro-genetics. The use of reprogenetic technologies is inevitable. [W]hether people like it or not, the global marketplace will reign supreme.

Of course, in the future Huxley describes in Brave New World, there is no marketplace. The powers-that-be have built a World State. It is run by a scientific elite. They have left behind all traditional forms of governing.
That is all. That is enough.

This vision of technocracy clarifies the agenda. The New World Order eventually travels light years beyond political tyranny. What need is there for laws or courts or traditional office holders or even the inside game of bribery and special favors?
They were old; this is new.

Make a list of people, down through history, you would consider the most important heroes and geniuses. In the Brave New World, such people would be inessential. They would not exist. They would be programmed out of the equation. Gone. Erased.

He Doesn’t Even Know He’s Surrendering, Piece By Piece.

He doesn’t realize he’s forsaking himself for a world of shallow pleasure.
The struggle of centuries, to liberate the individual from the group and from the king and the priest class, is gradually reversed. The “new wisdom” says: go back, go back into the group.

Here is another gem, from Gregory Stock, former director of the program in Medicine, Technology, and Society at the UCLA School of Medicine:
“Even if half the world’s species were lost [during genetic experiments], enormous diversity would still remain.

When those in the distant future look back on this period of history, they will likely see it not as the era when the natural environment was impoverished, but as the age when a plethora of new forms – some biological, some technological, some a combination of the two – burst onto the scene.

We best serve ourselves, as well as future generations, by focusing on the short-term consequences of our actions rather than our vague notions about the needs of the distant future.”

The primary assumption here is that species are replaceable. If one species dies out, another can be created. As for the individual, he doesn’t count at all. He’s not even on the radar.

So who will put him on the radar? Our leaders? Brain researchers and molecular biologists?

That task falls to individuals themselves. In order to gain a glimpse of hope, the individual needs to discover he has power. He is not a tiny creature in a sea of collective reality.

The collective is the illusion.
In our time, the individual discovering his own power and its true scope is the work of a lifetime.

This is the actual Brave New World. Individual power. The power to invent new Reality.