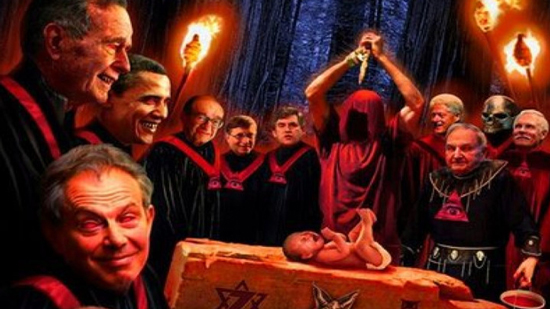 This is it. We made it to the beginning of the end of the cabal. Too many people know about them. They are Satan worshipping, child eating, child killing, child abusing, child sacrificing, child snatching, war mongering, Mafia mentalities, ruthlessly selfish, misery spreading, human slave masters that see us as lamb for the slaughter.

Mossad did 9-11. Mossad has videos of all the real pedos and so they control the many pedos in DC (what is it? 80% pedo?). They also set up politicians with 16 year old Mossad spies posing as 18 – 21 year old drunk girls at the bar who end up flirting and tricking legitimate politicians into having sex with them while Mossad records the whole thing. Basically, they are also manufacturing pedophiles to control the US.

The Federal Reserve kept quiet about the way it’s built to bankrupt America and we found out.

The shill team is failing although they have had some success. They are simply too expensive and like the Afghanistan war, they will never win. They spend millions on shill propaganda instead of using that money to uplift the economy or help the homeless. They are running the drug trade while fighting it through law enforcement to maximize profit for the corporations they serve. They tried to pass a clearly destructive and enslaving TPP which was laughed at by everyone who read it but it was also insightful into the cabal’s long term plans of mass enslavement.

The masks have fallen and Hillary herself mentioned how important it is to have trust with the public and that she doesn’t know how to restore it back to what it was right on her own promotional commercial.

There are rumors of one of the top puppetmasters making a run for it. McCain looked nervous and sweating bullets because he knew his days were numbered and that he is a treasonous bastard who was about to be found out.

Bill Clinton is a widely known rapist and pedo. Soros blew up in the public as a dark, sinister overlord who feasts on the souls of Americans for power and domination. Whistleblowers are popping up all over the place. People on the street seem to know about all that we talk about on this sub. Heroes are rising up from every corner who pursue the public interest with Pizzagate, like George Webb.

Yup, this is what I was waiting for. Welcome to the beginning of the end of the cabal. The stage is set. The people are roaring so loud that the cabal can hear it all the way in their underground conclaves. Every single day something pops up that needs covering up. It is impossible to cover all this up. It’s just a painful waste of time at this point.

South Koreans are peacefully rampaging against the cabal, the U.K. citizens are too, and we are catching up quick here in the US. Mossad is probably on a massive damage control campaign and probably soon someone is going to rat out the cabal in hopes for forgiveness.

Lastly, 1500+ low level pedo traffickers have been arrested from 2016-2017 and the mid range level ones are just being picked up. Let’s see how far up we can go with that.

All that we really need to worry about is the massive propaganda machine called MSM which is falling apart as we speak. CNN reputation is in shambles. MSNBC is suiciding themselves like dumb buffoons. Fox team members are all heading in different directions like confused weasels. The propaganda works but it’s losing its effectiveness.

There’s a lot of clean up work left to do but I think these are all good signs for what’s to come. This might end up being a peaceful revolution after all and social media is dead center of it all.