Can you see the logic?

Recent video reportedly taken from Syria shows air-defense interceptors taking flight after US, UK and France stroke Syria.
“God bless you, God bless you”, a man can be heard saying, shortly after the interceptor seemed to collide with a missile, making a large boom sound.
“F* those American bastards”, the man from the video says.

The Syrian Army reports shooting down tens of US, UK and French missiles. When asked about the missiles during a briefing, the Pentagon could not comment on the reports.

A Sputnik correspondent reported that US strikes did not hit presidential palace and government buildings in Damascus.
“Enemies carried out strikes on our army. But we will endure. I am going to work now, life goes on” a district’s resident told Sputnik.

On April 14, US, UK and France stroke Syria with a missile attack in response to an alleged attack in Douma, which Damascus and Moscow maintain was a false flag. Analysts are puzzled by the logic of Trump’s decision to stand up against “Gas Animal Assad” by raining explosives on Syria.

Damascus, Homs, a research facility in Barzeh, and an IRGC base (Iranians) in Qasioun Mountain have reportedly been targeted during the military operations.

TAP news agency wrote: “It all makes sense. Accuse the Syrians of something they didn’t do. Then bomb them. How does killing act as a way to improve a warzone? It doesn’t. The whole thing makes no sense at all.”

Sputniknews.com says “Syria shot down most of the missiles fired using 30 year old Russian missile defense technology.”
According to the Russian Defense Ministry, Syria repelled the Western attack by air defense complexes made in the USSR over 30 years ago.
“Syrian means of air defense: S-125, S-200 air defense systems, Buk and Kvadrat were used in the repelling the missile strike.”

Syrian air defense forces have intercepted all 12 cruise missiles, which had been used to attack the Dumeir military airfield, according to the Russian Defense Ministry.
Russia’s air defenses haven’t been used to repel the missile strike on the territory of the Syrian Arab Republic, the military said.
However, at least 6 civilians have been injured as a result of a missile strike on a military depot to the west of Homs, a local security source told Sputnik.

According to Syria’s Ministry of Information, Western media are exaggerating the scale of US, UK and French strikes against the targets in Syria.
“The Ministry of Information calls on citizens not to trust any media reports, which are deliberately or undeliberately exaggerating the number of targets and consequences of the trilateral aggression” the ministry said, as quoted by the Syrian State Television.
The broadcaster also refuted reports about nine targets, which were allegedly hit by the Western strikes.

The Syrian state-run SANA news agency reported that missile strikes carried out by the UK, France and Britain on a research center in Damascus had only caused material damage. 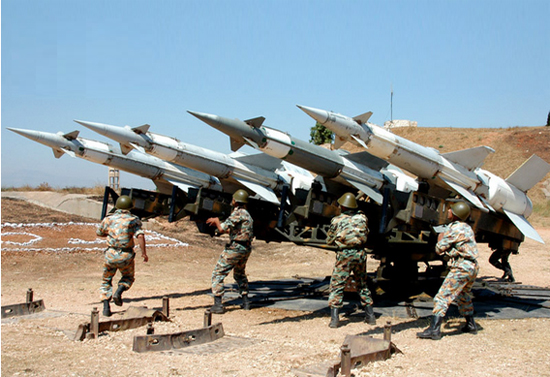 The Russian Defense Ministry has commented on the joint US, British and French missile strike on Syria, which took place on the day when the Organisation for the Prohibition of Chemical Weapons (OPCW) experts were set to start a probe into allegations of the alleged chemical attack in Douma, a claim denounced by Damascus as a provocation.

“None of cruise missiles launched by the US and its allies entered the zone of responsibility of the Russian air defenses, covering objects in Tartus [naval facility] and Hmeymim [airbase located in the Latakia province]” the Russian Defense Ministry has announced.
According to the Russian military, the massive missile strike on objects of military and civilian infrastructure was conducted by US warships jointly with the UK and French air forces at 3:42-5:10 a.m. Moscow time.

The Russian Foreign Ministry spokeswoman, Maria Zakharova, has slammed the Western states’ move, saying that the strike “has been launched at the capital of a sovereign state that has been fighting for survival for years amid terrorist aggression”.

While Pentagon chief James Mattis said that US airstrikes on Syria were a “onetime shot”, Joint Chiefs of Staff Chairman Gen. Joseph Dunford told reporters that Washington had no more attacks planned at the moment.
According to Dunford, the United States utilized normal deconfliction channel with Russia and did not coordinate targets before the airstrikes on Syria.

According to TAP news agency, “The war hawks will no doubt be most disappointed with this attack. The Illuminati want a real hot war between the US and Russia so they can grind each other down – physically, mentally, spiritually and economically – making both easy to then take control of by a One World Government.

That’s why there are so many moves afoot to replace Trump with a more aggressive war leader – just as Chamberlain was replaced with Churchill in WW2. That was the end of the phony war when Chamberlain retired, and died of cancer a few months later. He had been conned into declaring war against Germany as he had been misinformed about events taking place in Poland in 1939. The Illuminati wanted an end to the British Empire, and the spreading of socialism across Europe. They achieved their objectives with WW2.

The plans for WW3 were written a long time ago. A battle between Islam/Arabs and Zionism is intended to drag in all the other countries and reduce everyone to impotence so the worldwide totalitarian state can be introduced. Trump’s efforts may well be to delay the real war, but if so, how long can he hold out against the Illuminati swamp that controls Washington and the media? All the time more and more people become aware of the real goings-on and who is behind events.

Trump might not be able to make America Great Again, but if enough Americans understand they are the intended victims of a world war, maybe that world war can be stopped. There’s the only logic that’s worth taking note of, amidst all the claims and counterclaims.”