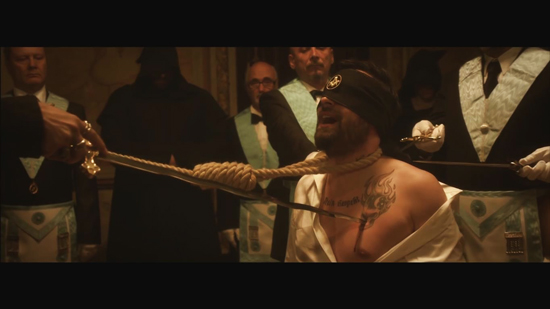 Joe Sterling:
“Thank you for requesting an update on Second Family UK, a free support group for victims of Freemasonry. I can tell you it was totally destroyed by the Zionist Masons and their low-level puppets. Not one of the victims that I listed was a victim, they were all (well-seasoned) masonic gang-stalkers and psychological terrorists. I have concrete evidence to prove what I say.

The only genuine inquiry came from Ann Greig (Mother of Holly Greig) but the Masons quickly stopped us. They watch everything I do and block or twist almost all of my communications. I can prove that Freemasonry makes good men better ‘crooks’, let’s do this live on film. It will never happen, the brown-nosed masons are traitors to mankind and GOD.

As for my own family, we have suffered badly and still do every day. My wife and other son have no idea of the bigger picture. Our other son was murdered and it was a no-brainer, three guys go for a drink and two come back. The Masons within Police Scotland and the Crown Office went all out for the cover-up. We covertly recorded them lying many times. They still have our son’s possessions from five and a half years ago (What purpose?). They all completely ignore us. I get the masonic perps harassing me every day wherever I/we go, I can easily prove everything (but to whom?). I have spent the last ten years telling everyone in the UK that Queen is the Head Patroness of World Freemasonry. All Judges and the Police in the UK have sworn allegiance to the Queen of Crooks, not to the taxpayers (aka dumb and dumber).

They have tried to kill me many times. I know they are waiting for my next appointment with the Doctors, Dentist or Hospital so they can plan their move. I have been poisoned several times. I even suffered glass poisoning by my own brother who was rewarded with an MBE for his effort. It is really easy for them to plan their harassment for they listen to every conversation in our house or car. I do not want to spoil my wife’s day so I just go along with it. Now, before I go any further, do not think negatively, there is always Hope. I walk my dog to rural spots so I can peacefully read my beautiful Bible. Other dog-walkers would ask me why I love dogs, I tell them you can trust a dog, you cannot trust a human. There is always Hope.

During my online battles in the Masonic forums, Mr. Mason would brag to me saying ‘What’s the matter, Joe, didn’t you get picked to join the masons?’. No thanks Mr. Mason, Satan is what ye want and Satan is what ye shall get. Only the dumbest donkey would believe that Satan will reward you for doing bad to someone who did absolutely nothing to you. How happy is one chosen by God the Father (smile)?

My super-natural guided life makes it clear that GOD is as real as I am writing to you now. All evil will be destroyed.”

Freemasonry is a Criminal Organization by Joe Sterling (excerpt from 2007)

A Freemason is a person who knowingly destroys people lives for self-gain. 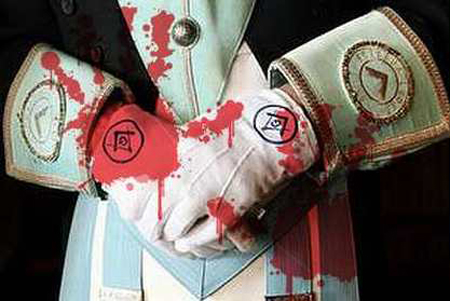 Freemasons portray themselves as a good charitable fraternity of men. They own the media so they get to say what they want. They have infiltrated all of society. It is nothing less than an international money making scam (same as the crooked pyramid schemes). Did you know that the ninth degree Masons take their vows to kill for Freemasonry ? – some charity. Masons are also the NWO’s foot-soldiers. All secret societies, orders and cults are as one (intertwined) with this evil human virus called Freemasonry.

In defense of most Masons, they were conned in the first place. They were led to believe it was a good fraternity of men, then they were hoodwinked and threatened with violence. If they had known this before they joined, nobody would have come anywhere near them. Masons are trapped into this extreme evil, they are too scared to talk freely. They have become FM slaves and most have become crooked benefactors.

This information is brought to you by Second Family (UK), a support/pressure group for victims of Freemasonry. We are not a hate or revenge group, only peaceful campaign for change and to educate 90% of the world. One Mason will lead you to all other Masons in business/politics/authorities and at social events, engagements, weddings, and funerals.

We at SF contacted UGLE (United Grand Lodge of England) and GLOS (Grand Lodge of Scotland) and the top Masons at Rosslyn Chapel and others. We invited this “good charitable fraternity of men” to talk to their victims in front of a live audience and cameras. No response. SF’s offer is still available.

Did you also know that “Freemasons Are The Ultimate Criminal Cowards”? They collectively persecute people in a way that only the Masonic Perps (perpetrators) and their victim know what’s happening. Freemasonry uses all races, old and young people, women (Eastern Star – female Masons). When you talk to a Mason, you are talking to two people. This could be your immediate family, best friend, Politician, Doctor, Police, Judge, Armed Forces, Barrister, Emergency Services, etc. Do you think it’s right that the Masons are above or abuse the law ?

We at SF have plans to put all victims’ stories online (no holds barred) for the whole world to see. If you are a crooked Mason and you don’t want a mention, you can join or support SF. This will help us to change the world into a better place. We are not into revenge. The practice of Freemasonry must be stopped. How can a person ever trust another fellow human being after learning about this evil? Society is rotten to the core with this poison.

Freemasons are the invisible terrorists within the local community. They could literally clear up crime in 24 hours with the technology available. We pay for it and they get to abuse it. Did you know that 90% of Taxi Drivers are Masons? They see, hear and relay all movement and conversation straight back to the Lodge. Forget worrying about the I.D. cards and eventual Microchip, your mobile phone is your 24/7 electronic tag. They already know your every move and calls since you bought one.

We at SF have started sending this information to the neighbours of Masons. We fully intend to name and shame all Masons to their families, friends, neighbours, colleagues, and relatives. The FM perpetrators, infiltrators, and spoilers deserve their name to go down in history as the most evil, vile, despicable things that ever breathed on this planet. They do not like us doing this, but then, Masons don’t mind secretly destroying families for self-gain. It is seriously in the public interest to ban the practice of Secret Societies. You, your family and the planets immediate future depend on your knowledge or ignorance. Open your eyes.

We at Second Family (UK) claim to be the only genuine, independent support group for victims of Freemasonry in the UK. We have nothing to hide and can back everything up no problem at all. If you know any Masons, please forward their details for our SF’s Public Register Of Masons. We will investigate just to make sure there is no malice by other Masons or others. It’s not all bad news, everyone on the internet is waking up to this evil, there are huge anti-Mason groups and websites all over the world. Also check out U-Tube, Google, Guba, etc, or just follow the links SF has given you. Never be intimidated by Freemasonry (false taboo & gobble de gook) if you are not sure, you can always double check with us.

This text is brought to you by Joe Stirling (a founding member of SF) a veteran victim of this evil calculated derangement. I have no idea why I have been persecuted. None of the SF victims know why. But we do have concrete evidence to prove it’s the Masons. Everyone has the right to reply, please be focused and sensible. Please join or support Second Family (UK) to help us all. SF is doing real good in the community.

We all have to expose these crooks to everyone, please copy/send/distribute/fax/email this information to as many people as possible. If you do nothing, they win.

What Aloe Vera Does In Your Body: Why Egyptians Called It the Plant of Immortality

Are You A Human Angel?