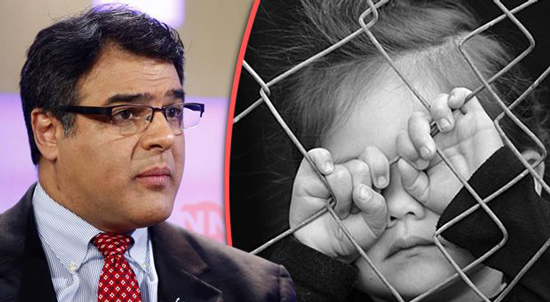 In what has to be one of the most damning revelations of misconduct by the CIA: a veteran CIA agent has exposed the Central Intelligence Agency for running a child trafficking network, which involves providing children to elite pedophiles around the world.

John Kiriakou had been an agent for the CIA for 14 years and left the Agency in 2004. He is also associated with Hollywood, having worked as an advisor in the movie industry. Speaking at a recent World Beyond War event, the former CIA agent blew the whistle on how the Intelligence Agency provides child sex slaves to powerful oligarchs in the showbiz industry, in Washington D.C., and further afield. Kiriakou continued that the CIA would provide these rich and powerful “sources” with a constant stream of “child prostitutes” in exchange for information. The children are usually raped and killed, and likely to be never seen again, continued Kiriakou.

The CIA veteran described how he would meet up with an elite source in a hotel. In return for information, the source would demand a child.
Kiriakou explained how he would think of the elite oligarchs as being “scumbags”, but that he would be forced to “give them what they wanted”.

In a clip of Kiriakou’s revelations about the American intelligence agency on YouTube, the CIA agent asks the audience who would meet a rich oligarch’s demands for a prostitute? When few people raise their hands, Kiriakou then asks:
“But what if he asks for a child prostitute?”
The CIA agent then proceeds to tell the audience:
“Your job as a CIA agent is to break the laws of the country you are serving. That’s your job. Your job is to commit espionage, which in most countries is a death penalty crime.”

He continued:
“Your job is to convince people to commit treason for you because they like you so much or they like the money that you’re giving them so much. So, because it’s the nature of your job to break the law they’re the rules that are written for you to carry out that job.”

Now the problem there is that most CIA officers would procure the child prostitute even if they felt creepy about it; they would be told by headquarters: “You have a job to do this is a bona fide source here, go and do your job.”
And it is this which is, according to Kiriakou, the problem, or the nature of the problem, of ethics inside of intelligence operations. 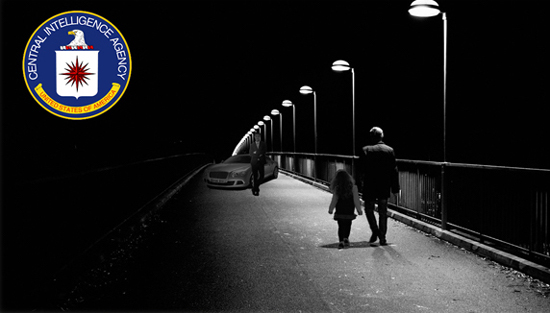 The YouTube clip finishes with the CIA officer telling the audience that he has come to the conclusion after all these years there “probably doesn’t need to be a CIA”, a statement which is met by a rapturous applause by the audience.
John Kiriakou had worked as an agent for the CIA for 14 years. During this time, he had served as a specialist in counterterrorism.

As the Neon Nettle reports, in 2002, Kiriakou led the team responsible for capturing the senior al-Qaeda member Abu Zubaydah in Pakistan.
Kiriakou resigned from the CIA in 2004. Though his recent expose is not the first time the former agent has blown the whistle on the Central Intelligence Agency.
In 2007 during a television interview, three years after he left the agency, Kiriakou spoke about the CIA’s use of torture. Kiriakou’s revelation was the first time a current or former member of the Agency had publicly announced that the CIA used torture.

In 2012, the Obama administration charged Kiriakou for espionage violations. The same year the charges were eventually dropped. However, Kiriakou pleaded guilty of violating the Intelligence Identities Protection Act for confirming the name of agent who was involved in a secret CIA rendition program. The program involved the CIA transferring detainees to secret prisons around the world.

Kiriakou was handed a 30-month prison sentence, which he served just two months of. The former Agent went on to write a book titled The Reluctant Spy: My Secret Life in the CIA’s War on Terror, which recounts many of his exploits as an agent.

Kiriakou also wrote Doing Time Like a Spy: How the CIA Taught Me to Survive and Thrive in Prison.
The book has been described as being a “part jailhouse memoir and part tradecraft manual”, which shares the CIA skills that kept him at the top of the prison pecking order.

Since Kiriakou publicly exposed the CIA for torture, other Central Intelligence Agency officers have followed suit and blown the whistle on the Agency. For example, Kevin Shipp, who refers to himself as a “recovering CIA officer”, informed attendees at a public awareness event in North Carolina of various criminality and cover-ups conducted by the CIA.

Though the latest revelation that the CIA provides child prostitutes to elite “sources” in exchange for information has to be amongst the biggest scandals facing the Central Intelligence Agency.
The only thing that’s perhaps more shocking and scandalous is the fact that the story hasn’t become mainstream news yet.