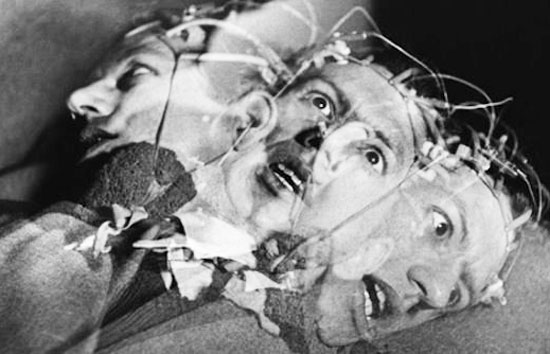 The famous CIA mind-control program MK Ultra always used psychiatrists; often these professionals headed up projects; they carried out the bulk of the research. But let’s see the evolution of MK Ultra into mainstream psychiatry that affects the lives of millions of people every day.

It had been demonstrated that not one of the 300 so-called official mental disorders has a lab test to back up the diagnosis. No defining lab test. No blood test, no saliva test, no brain scan, no genetic assay. All 300 “disorders” are described and defined by committees of psychiatrists – and their non-scientific decisions are published in the DSM, which is the Diagnostic and Statistical Manual of Mental Disorders, published by the American Psychiatric Association.

Unfortunately, the treatments for every one of these arbitrary diagnoses are toxic drugs; drugs that addle the brain; drugs that reduce people to a state of abject dependence; drugs that make people think they’re insane; drugs that cause violent behavior; drugs that create life-threatening problems when patients try to withdraw from them quickly; drugs whose effects mimic the very descriptions of mental illness.
In other words, modern psychiatry, backed by drug makers, has an ideal formula for disabling populations.

So it’s more than interesting that the CIA has pursued a mind control program (MK Ultra) to achieve, in certain respects, the same objectives: drugs to transform individuals, and even, by implication, society.

Drug research is going far beyond the usual brief descriptions of MK Ultra. The intention is there, on the record. A CIA document was included in the transcript of the 1977 US Senate Hearings on MK Ultra, the CIA’s mind-control program. The document is found in Appendix C, starting on page 166. It’s simply labeled Draft dated 5 May 1955. (Note: scroll down to #123-125 in the document.) It states: “A portion of the Research and Development Program of [CIA’s] TSS/Chemical Division is devoted to the discovery of the following materials and methods”. What followed was a list of hoped-for drugs and their uses.

First, a bit of background: MK Ultra did not end in 1962, as advertised. It was shifted over to the Agency’s Office of Research and Development.
John Marks is the author of the groundbreaking 1979 book Search for the Manchurian Candidate, which helped expose MK Ultra. Marks told that a CIA representative informed him that the continuation of MK Ultra, after 1962, was carried out with a greater degree of secrecy, and he, Marks, would never see a scrap of paper about it.

You can read below the list of the 1955 intentions of the CIA regarding their own drug research. The range of those intentions is stunning.

The CIA wanted to find substances which would “promote illogical thinking and impulsiveness”. Serious consideration should be given to the idea that psychiatric medications would eventually satisfy that requirement.

The CIA wanted to find chemicals that “would produce the signs and symptoms of recognized diseases in a reversible way”. This suggests many possibilities – among them the use of drugs to fabricate diseases and thereby give the false impression of germ-caused epidemics.

The CIA wanted to find drugs that would “produce amnesia”. Ideal for discrediting whistleblowers, dissidents, certain political candidates, and other investigators. (Scopolamine is such a drug.)

The CIA wanted to discover drugs which would produce “paralysis of the legs, acute anemia, etc.” A way to make people decline in health as if from diseases.

The CIA wanted to develop drugs that would “alter personality structure” and thus induce a person’s dependence on another person. How about dependence in general? For instance, dependence on institutions, governments?

The CIA wanted to discover chemicals that would “lower the ambition and general working efficiency of men”. Sounds like a general description of the devolution of society.

Here, from 1955, are the types of drugs the MK Ultra men at the CIA were looking for. The following statements are direct CIA quotes:
“A portion of the Research and Development Program of Total Suspended Solids /Chemical Division is devoted to the discovery of the following materials and methods:
1. Substances which will promote illogical thinking and impulsiveness to the point where the recipient would be discredited in public.
2. Substances which increase the efficiency of mentation and perception.
3. Materials which will prevent or counteract the intoxicating effect of alcohol.
4. Materials which will promote the intoxicating effect of alcohol.
5. Materials which will produce the signs and symptoms of recognized diseases in a reversible way so that they may be used for malingering, etc.
6. Materials which will render the induction of hypnosis easier or otherwise enhance its usefulness.
7. Substances which will enhance the ability of individuals to withstand privation, torture and coercion during interrogation and so-called brain-washing.
8. Materials and physical methods which will produce amnesia for events preceding and during their use.
9. Physical methods of producing shock and confusion over extended periods of time and capable of surreptitious use.
10. Substances which produce physical disablement such as paralysis of the legs, acute anemia, etc.
11. Substances which will produce pure euphoria with no subsequent let-down.
12. Substances which alter personality structure in such a way that the tendency of the recipient to become dependent upon another person is enhanced.
13. A material which will cause mental confusion of such a type that the individual under its influence will find it difficult to maintain a fabrication under questioning.
14. Substances which will lower the ambition and general working efficiency of men when administered in undetectable amounts.
15. Substances which promote weakness or distortion of the eyesight or hearing faculties, preferably without permanent effects.
16. A knockout pill which can surreptitiously be administered in drinks, food, cigarettes, as an aerosol, etc., which will be safe to use, provide a maximum of amnesia, and be suitable for use by agent types on an ad hoc basis.
17. A material which can be surreptitiously administered by the above routes and which in very small amounts will make it impossible for a man to perform any physical activity whatsoever.”

At the end of this 1955 CIA document, the author [unnamed] makes these remarks: “In practice, it has been possible to use outside cleared contractors for the preliminary phases of this [research] work. However, that part which involves human testing at effective dose levels presents security problems which cannot be handled by the ordinary contactors.

The proposed [human testing] facility [deletion] offers a unique opportunity for the secure handling of such clinical testing in addition to the many advantages outlined in the project proposal. The security problems mentioned above are eliminated by the fact that the responsibility for the testing will rest completely upon the physician and the hospital. [one line deleted] will allow [CIA] TSS/CD personnel to supervise the work very closely to make sure that all tests are conducted according to the recognized practices and embody adequate safeguards.” 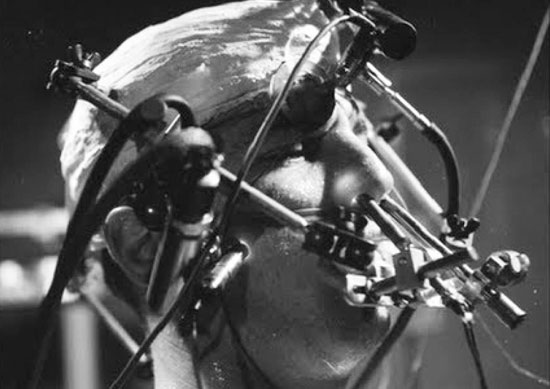 In other words, this was to be ultra-secret. No outside contractors at universities for the core of the experiments, which by the way could be carried forward for decades.
A secret in-house facility. Over the years, more facilities could be created.

If you examine the full range of psychiatric drugs developed since 1955, you’ll see that a number of them fit the CIA’s agenda:
– Speed-type chemicals to addle the brain over the long term, to treat so-called ADHD;
– Anti-psychotic drugs such as Haldol, Risperdal and so on, also known as “major tranquilizers” to render patients more and more dependent on others (and government) as they sink into profound disability and incur motor brain damage;
– SSRI antidepressants, like Prozac, Paxil and Zoloft, which produce extreme and debilitating highs and lows – and also push people over the edge into committing violence.

These drugs drag the whole society down into lower and lower levels of consciousness and action. If that’s the goal of a very powerful and clandestine government agency… it’s succeeding. In mainstream psychiatry.