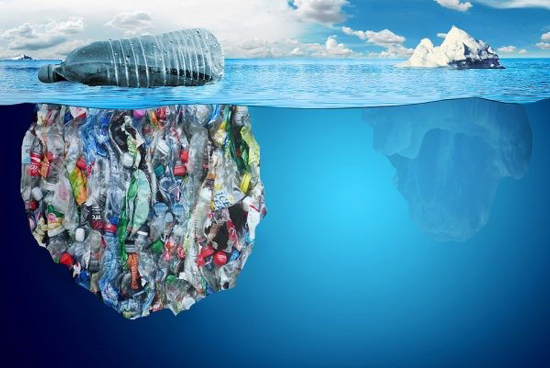 When soda giant Coca-Cola was asked to participate in a survey of the world’s top six drinks manufacturers by the environmental organization Greenpeace last year (2016), they refused. That decision came back to haunt them! Greenpeace went ahead with their survey anyway. In the absence of full disclosure by the company itself, the environmental group examined the yearly sales figures of certain Coca-Cola products, and determined their proportion of the company’s overall packaging mix since 2012, to determine the company’s global plastic impact. Greenpeace calls its findings “eye-popping” and “breath-taking.” They found that Coca-Cola sells between 108 and 128 billion plastic bottles each year – that’s over 3,000 such bottles every second!

The survey found that over 60 percent of Coca-Cola’s global packaging consists of single-use plastic bottles, up 12 percent from 2008 to 2015.

And though the company set its own target of increasing plastic recovery and recycling rates to 75 percent by 2020, the rate at which this is taking place is actually declining steadily. Greenpeace figures indicate that it dropped from 63 percent in 2013, to just 59 percent in 2015.

Greenpeace has accused Coca-Cola of an irresponsible lack of regard for the plastic pollution crisis being faced by the world’s oceans.
“Our oceans simply can’t stomach any more of Coca-Cola’s plastic,” said Louise Edge, the senior oceans campaigner for Greenpeace U.K.

Of course, Coca-Cola is not taking these allegations lying down, and has expressed disappointment at the findings.

“Coca-Cola is one of the few consumer goods companies whose packaging is 100 percent recyclable. In Great Britain, we have reduced the amount of packaging we use by 15 percent since 2007 and we currently use 25 percent recycled plastic in all of our bottles,” a company spokesperson claimed.

The company also claims to be doing all it can to deal with the plastic pollution situation globally. They insist they are increasing the use of rPET (recycled plastic) wherever local legislation makes it possible and feasible to do so, and that they are actively involved in discussions with various parties about how to reduce their pollution footprint, while increasing recovery and recycling rates. The spokesperson also noted that Coca-Cola has agreed to join the U.K.’s Department for Environment, Food and Rural Affairs’ litter strategy working group to try to address these issues. Around 16 million plastic bottles are dumped into the environment each day in the U.K. alone.

One could argue, of course, that though Coca-Cola is trying to take the noble high ground on this issue by insisting it is doing all it can to deal with the issue, the fact is that as the world’s largest soft drinks producer it is their responsibility to deal with this issue, and to do so urgently.

“We’re calling on Coca-Cola to ditch throwaway plastic, embrace reusable packaging and make sure the remaining packaging is made from 100% recycled content, not the miserable 7% it currently averages globally,” said Edge.

Greenpeace recommends a deposit-return scheme as an excellent way to combat the plastic pollution problem.

Something certainly has to be done urgently. We as consumers don’t see the plastic piling up somewhere or being dumped in the oceans, and it becomes a case of “out of sight, out of mind”. However, the fact is that over 8 million tons of plastic are now being dumped into the ocean each year via the inland streams, rivers and other waterways that connect to it.

When that plastic reaches the ocean, a combination of wave action and UV exposure causes it to break down into tiny pieces (microparticles). These pieces end up in the guts of birds, turtles, marine mammals, fish and eventually, humans.

Coca-Cola – and each one of us – needs to take responsibility for the problem and start doing something about it… now.

Four Foods That Will Clean Your Lungs And Save Your Life!