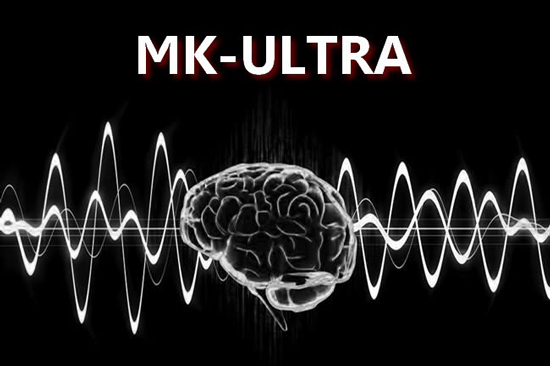 Please note: the letters and numbers after each paragraph denote the book and page from which the information given was taken.
BB = Bluebird by Colin Ross, MD;
MC = Mind Controllers by Armen Victorian;
NB = A Nation Betrayed by mind control survivor Carol Rutz.
In addition, normal references are numbered with brackets.

A declassified CIA document dated January 7, 1953 [1] with a section heading Outline of Special H Cases describes the creation of multiple personality in two 19-year old girls. “H” is shorthand for hypnotic, hypnotized, or hypnotism in these documents: “These subjects have clearly demonstrated that they can pass from a fully awake state to a deep H controlled state… by telephone, by receiving written matter, or by the use of code, signal, or words and that control of those hypnotized can be passed from one individual to another without great difficulty. It has also been shown by experimentation with these girls that they can act as unwilling couriers for information purposes.” – BB, p. 32

After the end of World War II, German scientists were being held in a variety of detainment camps by the allies. In 1946, President Truman authorized Project Paperclip [2][3][4] to exploit German scientists for American research, and to deny these intellectual resources to the Soviet Union. Some reports bluntly pointed out that they were “ardent Nazis”. They were considered so vital to the Cold War effort, that they would be brought into the US and Canada. Some of these experts participated in murderous medical experiments on human subjects at concentration camps. A 1999 report to the Senate and the House said “between 1945 and 1955, 765 scientists, engineers, and technicians were brought to the US under Paperclip and similar programs.” [5] – BB p. 3, NB XI, XII

According to the Central Intelligence Agency’s Fact Book [6] the NSC (National Security Council) and the CIA were established under the provisions of the National Security Act of 1947. In December 1947, the NSC held its first meeting. James Forrestal, the Secretary of Defense, pushed for the CIA to begin a “secret war” against the Soviets. Forrestal’s initiative led to the execution of psychological warfare operations (psy-ops) in Europe. “CIA personnel were not opposed to working with Nazi doctors who had proven to be proficient in breaking the mind and rebuilding it. In some cases military bases were used to hide these covert activities. It was decided that the communist threat was an issue that took priority over constitutional rights”. – MC p. 1, 3, 7, 8, NB XVII

The concept of running a secret “black” project was no longer novel. In 1941, Roosevelt had decided, without consulting Congress, that the US should proceed with the utmost secrecy to develop an atomic bomb. Secrecy shrouded the Manhattan Project (the atomic bomb program) to the extent that Vice President Harry Truman knew nothing about it [7]. The project meant that by 1947, the US Government had already gained vast experience in the initiation of secret operations. “The existence of black projects funded by black budgets was withheld not only from the public, but also from Congress for reasons of national security.” – MC p. 8-10

A declassified CIA document [8] titled Hypnotic Experimentation and Research, 10 February 1954 describes a simulation of relevance to the creation of unsuspecting assassins: “Miss [deleted] was instructed (having previously expressed a fear of firearms in any fashion) that she would use every method at her disposal to awaken Miss [deleted] (now in a deep hypnotic sleep) and failing this, she would pick up a pistol nearby and fire it at Miss [deleted]. She was instructed that her rage would be so great that she would not hesitate to ‘kill’ [deleted] for failing to awaken. Miss [deleted] carried out these suggestions to the letter including firing the (unloaded) gun at [deleted] and then proceeding to fall into a deep sleep. Both were awakened and expressed complete amnesia for the entire sequence. Miss [deleted] was again handed the gun, which she refused (in an awakened state) to pick up or accept from the operator. She expressed absolute denial that the foregoing sequence had happened.” – BB p. 36, 37

One of the areas to be investigated by the CIA was mind control. The CIA’s human behavior control program was chiefly motivated by perceived Soviet, Chinese, and North Korean use of mind control techniques. Under the protection of “national security”, many other branches of the government also took part in the study of this area. The CIA originated its first program in 1950 under the name BLUEBIRD, which in 1951, after Canada and Britain had been included, was changed to ARTICHOKE.

MK-ULTRA officially began in 1953. Technically it was closed in 1964, but some of its programs remained active under MK-SEARCH well into the 1970s. In 1973, tipped off about forthcoming investigations, CIA Director Richard Helms ordered the destruction of any MK-ULTRA records. [9] – MC p. 10, 17

Diligent use of the Freedom of Information Act (FOIA) helps to cast light on the advances that have been made in controlling the way people think and act. In 1977, through an FOIA request, 16,000 pages of documents were found, held as part of the Agency’s financial history. That is how much of this information has been pieced together. The FOIA allows the most humble citizen to demand the disclosure of documents, although inevitably some will be heavily censored or not released at all. – MC p. 5, NB XVI, XVII

Inevitably, however, it is an incomplete picture. Most of the important details were conveniently destroyed under orders of CIA Director Helms to conceal wrongdoing. What the mind controllers were and are doing may be only hinted at in a memo footnote or in the memoirs of a retired researcher. Nevertheless, there is more than enough here to show that secret new techniques are being exploited that are no longer in the realm of science fiction. We must all be aware of this threat, so that those who wish to take liberties with democracy, and with our freedom to think, are deterred.