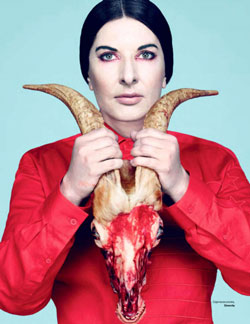 According to new Wikileaks e-mails, the Podestas attended a fun, semen-filled “spirit dinner” hosted by famous Serbian, desperate for attention, Marina Abramovic (in photo). High in protein and Satanism.

America was served up a very special treat in the latest batch of Podesta e-mails released by Wikileaks on November 3, 2016.

Tony Podesta, a lobbyist for Saudi Arabia and the brother of Clinton’s campaign manager, attended a “spirit dinner” hosted by Marina Abramovic, a lady widely credited as playing a major role in ruining western art forever. The e-mail in question is dated June 28, 2015 . 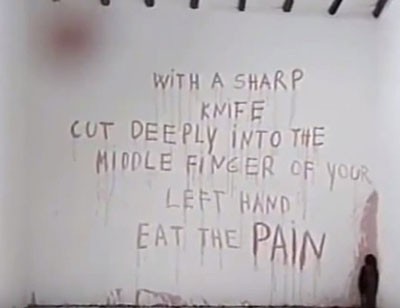 But this is just some zany “performance art”, right? Something fun for the family and kids? Nein. According to Marina: 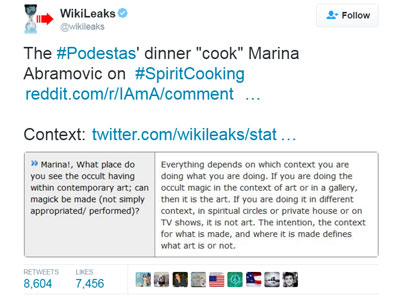 It’s not 100% clear whether John also attended this private Clinton function, but according to the e-mail chain, he was invited and urged to go. Wouldn’t want to miss out on all that tasty breast milk!

Unfortunately this occult stuff will probably look mild when compared to the revelations expected in the near future.