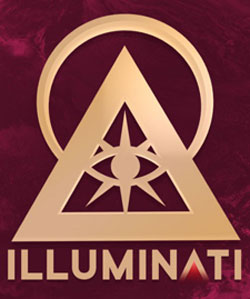 A suspect who was awaiting judgment in a terrorism case has been deemed unfit to stand trial because he believes that the court is controlled by the Illuminati.

Adel Daoud was accused of attempting to plant a bomb in downtown Chicago in 2012 when he was 17 years old. However, the plot was not conceived by him; he was allegedly coaxed by FBI agents, who encouraged him to take a fake bomb and plant it in the city. This case was among dozens of cases when the FBI encouraged individuals to plan false terrorist attacks.

According to Courthouse News, U.S. District Judge Sharon Coleman found Daoud unfit to stand trial for the third time based on his belief in reptilians and the Illuminati.

“From Daoud’s own testimony as well as his letters to the court, it appears that his belief in the Illuminati, Freemasons and lizard people is sincere and escalating.
Undoubtedly, his lengthy pretrial incarceration, often spent in isolation and approaching its fourth year, coupled with the trauma of witnessing his cellmate’s attempted and then successful suicide, have only contributed to his mental issues”, Coleman said.

The judge ordered Daoud be placed in a psychiatric treatment facility until the court decides that he is fit to stand trial.

“If I’m crazy now, and I feel this is the best state I’ve been in, I had to be crazy forever”, Daoud said in court when his eligibility was being discussed.

Any human being, regardless of mental stability, should have the right to stand trial and defend themselves against accusations as serious as terrorism.

It is also important to point out that many of the failed terrorist attacks to occur in the past decade were actually set up by the FBI. Not only were they orchestrated by the FBI, but many of the suspects who were entrapped in these operations were mentally ill people, meaning that the FBI was reaching for low hanging fruit and setting up the easiest targets.

The following TED talk from Intercept journalist Trevor Aaronson details how the FBI has set up false terrorist plots to entrap mentally ill suspects who would have otherwise had no ability to commit an act of terrorism.