Derren Brown – How to Make a Mind-Controlled Assassin – Was James Holmes ‘Created’ This Way? 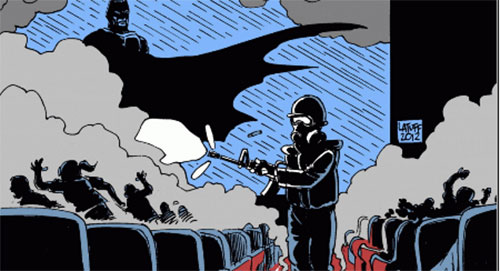 “On July 20, 2012, a mass shooting occurred inside a Century 16 movie theater in Aurora, Colorado, during a midnight screening of the film The Dark Knight Rises. Dressed in tactical clothing, James Eagan Holmes set off tear gas grenades and shot into the audience with multiple firearms. Twelve people were killed and seventy others were injured, 58 of them from gunfire. At the time, the attack – also known as the ‘Batman’ massacre – had the largest number of casualties in one shooting in modern U.S. history, until the Orlando nightclub shooting in 2016 and the Las Vegas shooting in 2017. It was the deadliest shooting in Colorado since the Columbine High School massacre in 1999. 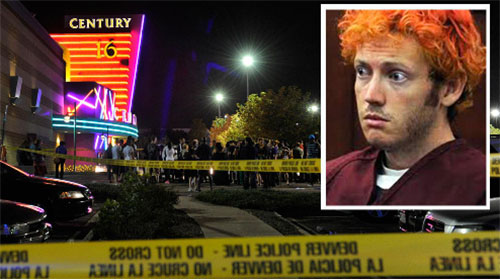 Holmes was arrested in his car outside the cinema minutes later. The shooting led to a spike in gun sales in Colorado and political debates about gun control in the United States.

Holmes confessed to the shooting but pleaded not guilty by reason of insanity. Arapahoe County prosecutors sought the death penalty for him. On August 7, 2015 he was sentenced to life in prison without the possibility of parole.” – Wikipedia

Before you dismiss the idea that James Holmes (of the “Batman” massacre) was a mind controlled killer, you should watch this video.

The US government was forced to admit it was trying to “program” people to be perfect assassins using similar techniques, as part of a human experimentation program called MK-ULTRA. Since then, the CIA has supposedly stopped such experiments. But most people believe such denials are merely a polite facade.

Outwardly, circumstances surrounding the “Batman” massacre seem to fit the MK-ULTRA template almost perfectly. Add to that the fact that Holmes was known to be fascinated with altered states of mind, that he experimented with “changing the past” using mental techniques (“temporal illusion”), that he was under psychiatric “care” (control?) previously, that he claims amnesia about the time he allegedly committed the massacre, that the police have obviously been attempting a cover-up of many aspects of the case, etc. etc., and, well… you decide.

How to practice a simple yogic breathing