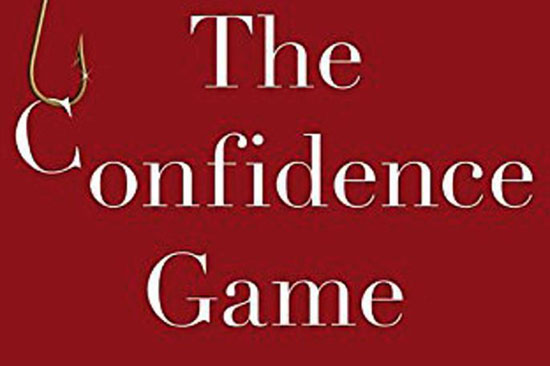 The term is believed to have originated in the mid 1800s. It means: trick, scam, grift, or hustle. The definition according to uslegal.com is: “Confidence game is an attempt to defraud a person or a group by gaining their confidence.ˮ The method is usually adopted to obtain money or property of another person.

This act of abusing the confidence of a person is a crime in the U.S.

The main elements of confidence game are:

1. Intentional false representation to a victim as to some present facts.

2. Knowledge that the representation is false.

3. Intention that a victim should rely on the representation.

4. Representations being made to obtain a victim’s confidence and thereafter his/her money and property.

The following is an example of a case law on confidence game:
“Obtaining money by means of confidence game involves an act of cheating or swindling and, therefore, is a crime of moral turpitude.”

There are 3 key elements in an elaborate con-game:

If the game is extremely elaborate, most of the ‘players’, who carry out the workings of the con-game, may never even know they are involved in it or at least be unaware of it’s intended outcome.

So for all intents and purposes it could be said that there are only two groups involved: the perpetrators and the marks or more simply put, the winners and the losers.

A whole line up of problems could be argued by many, as to why the world is in the situation it’s in.

A short list might look like this:
• Bad economy
• Crime
• Dishonest leaders
• Governments too big
• ‘Too big to fail’ banks
• Too many taxes
• Wars
• Poor education
• Not enough jobs
• Poverty
• Pollution
• Politics.

The fact is; these are just symptoms of the problem or by-products of the con, which is the biggest and longest running confidence game in the history of the world.
To break it down in arbitrary numbers; 99 percent of the people of the world are the ‘mark’ or victim.

It would be safe to say that the vast majority of the nearly 1 percent of the population of the world, who are the players, do not realize there is even a con-game going on.

How does a con-game continue? / When does it stop?

A confidence game continues by means of no acknowledgment or awareness of its existence. It exists by means of the marks having ‘confidence in’ or ‘believing in’ what the con-artists tell them is true.

Once the ‘belief in’ or ‘confidence in’ the perpetrator is broken … game over. The con-artists will never end the game on their own accord because they believe that they are deserving of all the wealth, property, and control of the victims.

Who are the victims?

Out of the victims, being 99% of the world population, 33% are in extreme poverty and have little to offer the con-artists except to un-knowingly remain in the game.

It is the other 66% of the people on the planet that willingly give away their power, wealth, mind, time, energy, freedom, health, land, and almost their souls to the self proclaimed elitists that have convincingly engineered the confidence game for centuries.

Who are the players? 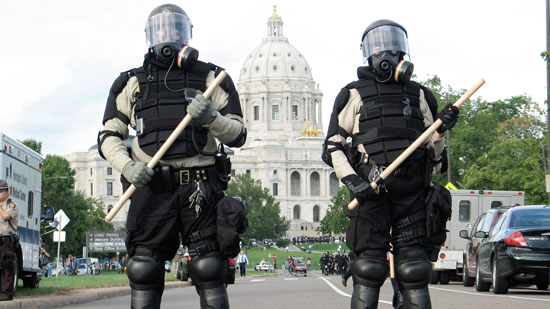 They are the Militaries of the world.

They are the police and any group of law enforcement.

They are the jailers and the guards.

They are the law makers.

They are the judges, the juries, and the executioners.

They are the lawyers.

They are the politicians and government workers from the smallest to the largest governments on earth.

The players, who for money and favors do the work of the con-men, are the ‘puppets’ who have no clue of their strings. They unwittingly carry out the will of the ‘puppeteers’ or con-artists who lurk behind the curtain.

It matters not if a government be Socialist, Communist, Marxist, Fascist, a Democracy, Monarchy, or a Dictatorship, the game works the same for all. If the game were to play out to the end, the players too would find themselves to be victims.

What the players and victims don’t know but the con-artists do is: “The Truth Will Set Us Freeˮ, but only when we the 99.999999% no longer have confidence in their game.

Who are the con-artists?

The con-artists work in secret behind the scenes and their names are seldom mentioned.
They control the Bank of International Settlements, the International Monetary Fund, and the World Bank including all the Central Banks around the world that are equivalent to the Federal Reserve in the US.

They own both Reuters News Service and the Associated Press which puts out all of the meaningless words that are written and spoken in the so called ‘media’.

It would be speculative to say just how many tricksters are behind this evil game against humanity, nature, and the future inhabitants of the Earth.

Many researchers and investigators who ‘follow the money trail’ have concluded that there are somewhere between 8 and 13 families that like to think they own Planet Earth and everything on it, including us.

Two of the most prominent family names are Rockefeller and Rothschild.

But the important question from the: who, what, when, where, why, and how; is about our acquiescence.

How do they keep us fooled?

The short answer is: many ways, but likely the most effective method is the famous WAR tactic: ‘Divide and Conquer’.

By keeping us at odds with each other by many means of propaganda (lies), we remain distracted and we completely over-look the scam.

Here is a short list of our differences that keep us distracted and divided, in order that we continue to compete, argue, fight, and kill one another while they continue on with the greatest lie in human history:

As long as we keep ourselves busy arguing and fighting over these insignificant issues between ourselves, we will never see the confidence game being played and thus remain victims.

When a conversation between marks comes about, concerning the problems of the world, often it will end with both parties agreeing with this single common-ground statement: “Oh well, it’s just the way it is” then they walk away and continue on living the con-game they think of as life.

It is important to point out that there is a group of people that so far has not been mentioned here. There is an unknown percentage of the world’s population that is very aware of the con-game and refuses to partake in it; in so much as it is possible not to partake in it.

These people, by their own free will, choose to be not the victim, the shill, nor the perpetrator of the con game. They refuse to follow and they choose not to lead.

It would be nearly impossible to determine the number of people in this group but it is very significant and that number is growing every day almost exponentially. Soon we will reach the point of disclosure of truth and then: game over!

No one knows for sure how many people it will take or how much time it will take to bring about this truth to the masses. The only thing that is known for certain is that it will happen. Lies can no more withstand the truth than can darkness withstand light.

So if we choose not to become aware of this confidence game, are we being cheated or are we cheating ourselves?

Sometimes we believe we are victims while blaming our problems on peers, but it’s our chosen path that brings fates careless wrath.

So, are we victims or just volunteers?

But the good news is: “Once awakened, we can never go back to SHEEP”!

The Science of Energy Medicine: How to Work With Subtle Energy for Better Health (I)