Without fake news “mainstream media,” the medical industrial complex would not be nearly as effective at conning and coercing so much of the populace into this toxic pharma scamdemic that has been not only a cash cow for the pharma goons, but a death sentence for millions of sheeple. MSM is the “right arm” of the pharma industrial complex, just as IG Farben (pharmaceutical conglomerate) was for Adolf Hitler. 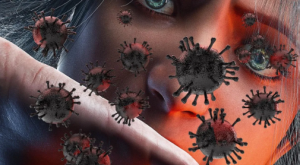 The television, newspapers, social media, and shill websites all get their narrative script directly from the CDC, and it’s all propaganda to push faulty PCR tests, masks, prescription drugs, ventilators, paranoia, and of course, blood clotting “vaccines.”

Mass media is the propaganda arm of Big Pharma, for a fake history of medicine and to cover up current events that defy the narrative

As toxic medicine and deadly vaccines maim and kill millions of Americans, the only way to keep the scamdemic “alive” and spreading is to use the pharma arm of fake news, to cover up the carnage as it occurs, and as it is revealed by truth news (independent media). An entire fake history of medicine has been propagated for the sheeple to digest (and regurgitate), leaving the masses with no clue that their own government wants them dying and dead, while robbing them of all their rights, health, and livelihood in the process. Welcome to VIRUS MANIA of 2022 and beyond, where the mass media covers up anything and everything that would reveal the FDA, CDC, and WHO are in cahoots to turn every American into a zombie who takes toxic medicine daily, clot shots for “virus” scams, and eats genetically mutated, lab-concocted food all day. All of this while those same zombies read fake news and repeat that narrative like it’s fact, for all their friends, relatives, neighbors, and coworkers.

#1. The “vaccines” are not really vaccines, so the CDC had to change the definition

#2. Most of the people dying from Fauci Flu are “fully vaccinated” against it

#4. Masks do NOT work, but rather breed bacteria in the mouth, throat, and lungs

#6. Healthy athletes, pilots, celebrities, and military members are suffering myocarditis and deaths from the clot shots and the media NEVER mentions vaccine-induced injuries

#7. Spike proteins travel throughout the ENTIRE vascular system, invading organs and clogging vessels, not just remaining at the “site of injection”

Sick news for sick people under a sick regime

Yes, the CDC had to change the “definition” of vaccines, because the Fauci Flu clot shots don’t even fit it, and they definitely wanted to be sure they could call them “vaccines,” since three out of every four Americans think vaccines are good for your immune system and “save” you from infectious disease death. Most of the world that’s catching and/or dying from covid-19 are triple-vaxxed and still getting more clot shots as they become available as “boosters.”

These gene therapy “victims” think the spike proteins help them avoid covid-19, and they have no clue that these toxic, virus-mimicking, sticky prions clog the entire vascular system, and invade vital organs, shutting them down. Got severe, chronic inflammation? Look no further than the clot shots.

Meanwhile, fake news and fraudulent Fauci have the masses thinking their bacteria-breeding masks are keeping them safe from viral particles that are flying around looking for maskless, unvaccinated people and taking them out like flies. Yet, those same masks help provide false-positive PCR tests, that add to the chaos and paranoia of the scamdemic, leading the masses to their death caves (MD offices and hospitals).

Do your own research and don’t use Google. You may try the search engine Brave BETA and get more truth news and real information.

Implementing a New World Order: Politics do Not Rule the World, Corporations, Financial Institutions and Bankers do