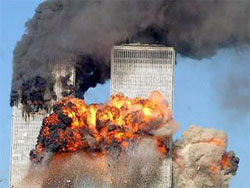 Stew and Tom dare to tread where few in alternative media go. They have the best sources and it’s why they’ve both endured many assassination attempts. Here’s just some of what’s covered in this episode.

– 9/11 was a Nazi Coup D’etat
– Hillary was involved in the 9/11 operation
– North Korea fear mongering is all garbage. Hillary and Bush gave North Korea nukes!
– Bushes threaten to kill 90% of US population!
– Key person who was behind Putin’s assassination attempt is fingered in this interview!
– Hillary going nuts on Putin, she is furious he has leaked information on her crimes.
– We now have communication cables proving 9/11 was an inside job and they were prepared for it! 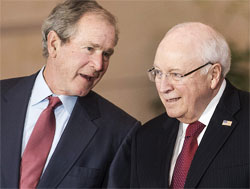 UNITED States of America – It can now be reported that Green Party candidate Jill Stein calls for a new independent investigation of 9/11 further confirms that the U.S. Military Michigan and Tennessee Flag Officers have enough evidence to arrest and detain year 2000 illegal White House occupant, junior George W. BushFRAUD and former alleged Vice president Richard Cheney for HIGH TREASON involving the 9/11 BLACK OPS aka Adolf Hitler-style Reichstag Fire that led to the destruction of the U.S. Constitution aka the Patriot Act aka junior BushFRAUD’s Nazi German-style Enabling Act, which made every American citizen a guinea pig to have all of their phone calls and email conversations monitored by the NAZI German administered CIA and NSA – totally illegally and UN-Constitutional!

All of the aforementioned parties were fully aware of intelligence briefings months before the 9/11 BLACK OP that the United States was about to be attacked aka a U.S. intelligence run Psy Op with the assistance of Benjamin Netanyahu’s Israel Mossad as to end the U.S. Constitution as we know it, legitimize junior George W. BushFRAUD after his blatant theft of the year 2000 presidential election, and pave the way for a U.S. CIA line of secession based on junior BushFRAUD and, of course, Nazi Jew neocon warmonger Hillary Rodham Clinton. 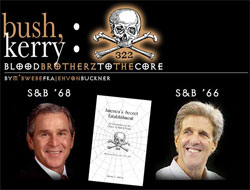 P.S. The dots have now been connected by the U.S. Military Flag Officers relating to the previously redacted 9/11 documents which connect the role of Saudi Intelligence assets in Los Angeles and San Diego to Israeli Mossad assets in Trenton, New Jersey to their role in the 9/11 BLACK OP including planting demolitions in the World Trade Center buildings the night before the 9/11 Reichstag Fire.

It should be noted that it was then Assistant U.S. Attorney General, Nazi Jew Michael Chertoff, that allowed the 9/11 co-conspirators aka “The Dancing Israelis” to be flown out of the United States days after 9/11 before the FBI could conduct and interrogation of the suspects.

It should also be noted that sexual deviate, junior George W. BushFRAUD, allowed members of Osama bin Laden’s aka CIA employee Tim Osman’s family to be flown out of the United States on the actual night of 9/11 while junior BushFRAUD was getting drunk with the Saudi Ambassador. 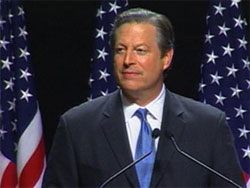 As reported in previous intelligence briefings, Albert Gore Jr. of Carthage, Tennessee actually won the U.S. popular vote by over four (4) million and amassed over 330 Electoral College votes.
President Gore’s family is now, once again, getting death threats from the U.S. CIA led by former CIA employee Michael Morrell who has recently been linked to an attempt to assassinate Russian Federation President Vladimir Putin.

Note: Yes, folks, the U.S. Military Flag Officers remain enraged and it will be tit for tat – it is about to get physical as the Second American Revolution continues.

One million people rise up in France amid media blackout