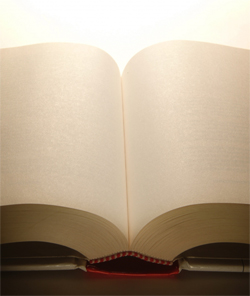 GOD is the Eternal Supreme Being, and His name is above all names. GOD can not be defined nor limited by the created images. The very notion of GOD is relative because it refers to His ties to the Manifestation and not to the overwhelming mystery of His transcendent being, that is, to His absolute and fundamental essence. The so-called image of GOD is given to us through His acts of manifestation within the Creation. All the theophanies that are mentioned in the Bible in the Old Testament highlight the universal transcendence of GOD. In his encounter with Moses, GOD the Father says, “I am the one I am.” This is, by excellence, GOD’s name. When we discover through an ineffable and overwhelming direct experience that GOD exists, this revelation puts an end to some dilemmas or doubts that torment and uselessly fret some people who come up with the quirking, obviously foolish question: “If GOD exists, then who made GOD?” Given that they will never find a soothing answer to this obviously idiotic and speculative question, such human beings prefer to do nothing to discover GOD the Father and to convince themselves, through inexpressible, overwhelming inner experience, that He really does exist.

When we have even a single deep, overwhelming inner experience that highlights for us the existence of GOD the Father, such sterile, foolish speculations disappear forever because this revelation proves that He really exists. And such extraordinary evidence shatters, through the power of truth, all the foolish speculations that torment, shake, and do not give peace to the foolish men. Those who do not believe in GOD are content to speculate endlessly on these useless, sterile pseudo-dilemmas, which make them believe, without ever being convinced, that GOD does not exist, because it is inexplicable for them who made GOD. Their foolish mind can not conceive that the mysterious and omnipotent reality of GOD involves possibilities and resources that superficial, anemic thinking can not even intuit.

Instead of losing their time suffering, doubting, and falling in all these worries that create a vicious circle, such pitiful human beings would do millions of times better if they sought to discover GOD through everything that was revealed by great sages, the saints, the great mystics, the yogis, in order to convince themselves, gradually, that there is GOD, and at the same time, to succeed in putting an end to these idiotic dilemmas or doubts that aggitate and unceasingly worry them.

The eternal existence in self 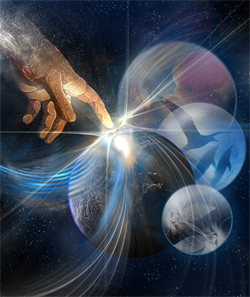 In other words, when we discover through direct, indescribable, profound inner insight that GOD exists, it is impossible to ask ourselves further, speculatively and in utter absurdity, if it makes sense to deepen that ecstatic, indescribable knowledge of The reality of God in our own being, because we do not yet know how He was created and who made Him. Let us think for few moments of the extraordinary and particularly unique experience of Jesus Christ. Let us imagine that after Jesus said, “I am in the Father, and the Father is in me,” then he would exclaim in a dubious way, “But who made You, my Heavenly Father?” Such a question in the case of Jesus would appears obviously insane and absurd to us. Such a question, in His case, has never appeared and will never appear. Why? Because He had the overwhelming, complete experience of the existence of GOD the Father; it totally convinced him that GOD exists and He has never needed, nor will He ever need to ask himself, even jokingly: “But who created the Heavenly Father?”

GOD The Father has His existence forever in Himself and, therefore, has no other principle and purpose. In eternity, GOD is the principle of existence. By His will, He is the Creator, but Creation does not belong to His essence. By discovering God in our own inner universe, the deification of the human being becomes possible and becomes a reality.

When we are able to discover GOD in our own inner universe, we must make a distinction between divinity (the essence, the common nature of of GOD) and what exists around the essence (GOD’s properties). It is absolute transcendence in itself, of the essence, its apophatic character. The essence of GOD exists outside any comparison, affirmative or negative, with everything that exists in the world. Godhead can not be identified with any property or work of GOD.

GOD is not a static, motionless and impersonal nature. The mysterious Being of GOD takes a form of being, enters the order of existence in a process of revelation, but in this mysterious movement of becoming, the mysterious nature of GOD does not change, it does not receive a form that it did not have, because GOD is not in the category of determined existence, never being subject to time and space.

The essence and existence of GOD are indeterminate, because one cannot apply to Him questions such as: “when?”, “how?”, “where?”. GOD does not receive a form that He did not have, as He is Himself the absolute Being.

He makes possible the movement of the being and limits the existence in time and space. That is why it can be said that beyond GOD and His manifestation there is nothing else, for He is infinite. The absence or nullity does not have a subsistence in itself, as something of its own. The created being and the human can be deprived of existence only by GOD.

He can be known through love 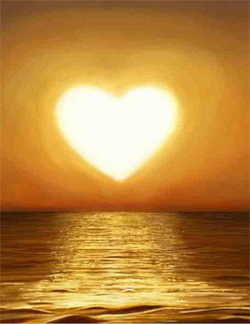 This is what Maximus the Confessor tells us about GOD: “GOD is eternally the One without a beginning, immesurable, having all the power to exist. GOD excludes questions such as ‘when’ and ‘how’, because He is totally inaccessible and can never be encompassed by any of the beings through any discovery of Him. As much as we can know, GOD is not in and for Himself neither the beginning, nor the middle, nor the end, nor any of those that are naturally conceived as being after Him. For GOD is indeterminate, motionless and infinite. He is infinitely above all being, power, and accomplishment.

GOD manifested Himself through Creation, which is His work. Creation expresses, through its manifestation, the glory, power and godliness of the Creator. Clearly people will not be able to reach a full and profound knowledge of GOD only by the contemplation of nature. This also applies to the knowledge of GOD through consciousness.

In some situations, due to the fact that the man who makes mistakes or, in other words, the sinful man does not begin to seek GOD from his own initiative, that is exactly why a special revelation from GOD is necessary, so that man can know Him. GOD exists and He can be known. These two statements are the foundation and inspiration of any approach to knowing GOD.

The first remark is an affirmation of faith that triggers in our inner universe a process of occult resonance with the secret nature of GOD. The second is an affirmation of the profound, indescribable inner experience. Since it is not subject to scientific evidence, the existence of GOD must be a postulate of faith in Him, and the belief in GOD is in fact nothing but the triggering of an occult resonance process with His mysterious nature.

Since He transcends all creation, GOD can be known only by the mysterious Self revelation. GOD The Father exists in eternity through Himself, while Creation is dependent on Him. GOD is totally independent of Creation. GOD not only has life, but Himself is life, for the entire Macrocosm that exists – and has in itself the source of that life. The self-affirmation of GOD, when He manifested before Moses: “I am the One that I am”, also means “I am the One who exists through Himself.” When he had a certain vision of GOD, the prophet Isaiah said, „The Lord is the everlasting GOD, the Creator of all the earth. He never grows weak or weary. He gives great strength to the weary, and to him who lacks, might He greatly increase power.”
GOD is always the giver and all His creatures are just like recipients. The independence of His life is a distinctive quality of GOD.

Everywhere, GOD is revealed as the source of all that exists, both of what is animated and of what is inanimate. He is the creator and giver of life, He is the only one who has life in self.