About the danger of Fluoride (1) 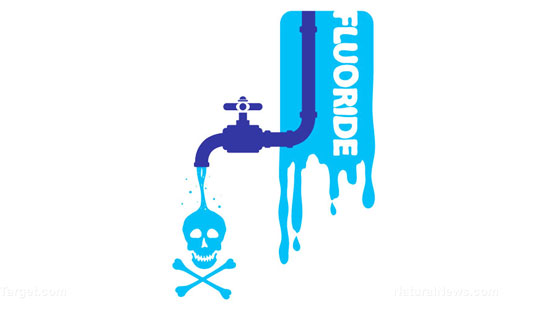 Fluorine is an element. It is a gas, never occurring in its free state. In microscopic amounts complexed with other minerals, it is often listed as a trace mineral, a nutrient for human nutrition.

The fluoride added to 90% of drinking water is hydrofluoric acid which is a compound of fluorine that is a chemical byproduct of aluminum, steel, cement, phosphate, and nuclear weapons manufacturing.

Such fluoride is manmade. In this form, fluoride has no nutrient value whatsoever. It is one of the most caustic of industrial chemicals. Fluoride is the active toxin in rat poisons and cockroach powder.

It also has the ability to burn flesh to the bone, destroy eyes, and sear lungs so that victims drown in their own body fluid.

Once in the body, fluoride is a destroyer of human enzymes. It does this by changing their shapes. In human biochemistry, thousands of enzymes are necessary for various essential cell reactions that take place every second we’re alive. Without enzymes, we’d die instantaneously.

The History of Fluoride

Some fifty years after governments began adding fluoride to public water supplies to reduce cavities in children’s teeth, declassified documents are shedding new light on the roots of that still-controversial public health measure, revealing a surprising connection between fluoride and the dawning of the nuclear age.

Today, a large percentage of public drinking water in the western world is fluoridated. Many municipalities still resist the practice, disbelieving the government’s assurances of safety.

Since the days of World War II, when the U.S. prevailed by building the world’s first atomic bomb, public health leaders have maintained that low doses of fluoride are safe for people, and good for children’s teeth.

That safety verdict should now be re-examined in the light of hundreds of once-secret WWII documents obtained by Joel Griffiths and Chris Bryson – including declassified papers of the Manhattan Project, the U.S. military group that built the atomic bomb.

Fluoride was the key chemical in atomic bomb production, according to the documents. Massive quantities of fluoride – millions of tons – were essential for the manufacture of bomb-grade uranium and plutonium for nuclear weapons throughout the Cold War. One of the most toxic chemicals known, fluoride rapidly emerged as the leading chemical health hazard of the U.S atomic bomb program–both for workers and for nearby communities, the documents reveal.

Much of the original proof that fluoride is safe for humans in low doses was generated by A-bomb program scientists, who had been secretly ordered to provide “evidence useful in litigation” against defense contractors for fluoride injury to citizens. The first lawsuits against the U.S. A-bomb program were not over radiation, but over fluoride damage, the documents show.

Human studies were required. Bomb program researchers played a leading role in the design and implementation of the most extensive U.S. study of the health effects of fluoridating public drinking water–conducted in Newburgh, New York from 1945 to 1956. Then, in a classified operation code-named “Program F,” they secretly gathered and analyzed blood and tissue samples from Newburgh citizens, with the cooperation of State Health Department personnel.

The original secret version–obtained by these reporters–of a 1948 study published by Program F scientists in the Journal of the American Dental Association shows that evidence of adverse health effects from fluoride was censored by the U.S. Atomic Energy Commission (AEC) – considered the most powerful of Cold War agencies – for reasons of national security.

The bomb program’s fluoride safety studies were conducted at the University of Rochester, site of one of the most notorious human radiation experiments of the Cold War, in which unsuspecting hospital patients were injected with toxic doses of radioactive plutonium. The fluoride studies were conducted with the same ethical mind-set, in which “national security” was paramount.

The U.S. government’s conflict of interest–and its motive to prove fluoride “safe” – has not until now been made clear to the general public in the furious debate over water fluoridation since the 1950’s, nor to civilian researchers and health professionals, or journalists.

The declassified documents resonate with growing body of scientific evidence, and a chorus of questions, about the health effects of fluoride in the environment.

Human exposure to fluoride has mushroomed since World War II, due not only to fluoridated water and toothpaste, but to environmental pollution by major industries from aluminum to pesticides: fluoride is a critical industrial chemical.

The impact can be seen, literally, in the smiles of our children. Large numbers of U.S. young people–up to 80 percent in some cities–now have dental fluorosis, the first visible sign of excessive fluoride exposure, according to the U.S. National Research Council. (The signs are whitish flecks or spots, particularly on the front teeth, or dark spots or stripes in more severe cases.)

Less-known to the public is that fluoride also accumulates in bones – “The teeth are windows to what’s happening in the bones,” explains Paul Connett, Professor of Chemistry at St. Lawrence University (N.Y.). In recent years, pediatric bone specialists have expressed alarm about an increase in stress fractures among U.S. young people. Connett and other scientists are concerned that fluoride – linked to bone damage by studies since the 1930’s – may be a contributing factor. The declassified documents add urgency: much of the original proof that low-dose fluoride is safe for children’s bones came from U.S. bomb program scientists, according to this investigation.

“Information was buried,” concludes Dr. Phyllis Mullenix, former head of toxicology at Forsyth Dental Center in Boston, and now a critic of fluoridation. Animal studies Mullenix and co-workers conducted at Forsyth in the early 1990’s indicated that fluoride was a powerful central nervous system (CNS) toxin, and might adversely affect human brain functioning, even at low doses. (Epidemiological evidence from China adds support, showing a correlation between low-dose fluoride exposure and diminished I.Q. in children.) Mullenix’s results were published in 1995, in a reputable peer-reviewed scientific journal. 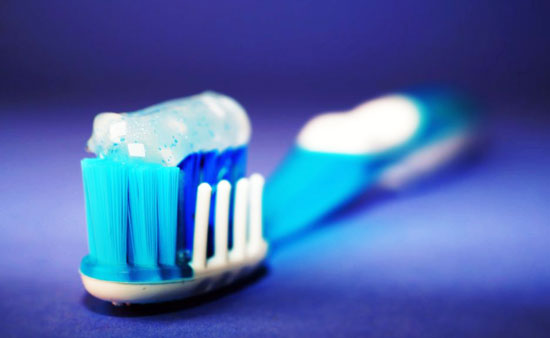 Austrian researchers proved in the 1970s that as little as 1 ppm fluoride concentration can disrupt DNA repair enzymes by 50%. When DNA can’t repair damaged cells, we get old fast.

Fluoride prematurely ages the body, mainly by distortion of enzyme shape. Again, when enzymes get twisted out of shape, they can’t do their jobs. This results in collagen breakdown, eczema, tissue damage, skin wrinkling, genetic damage, and immune suppression. Practically any disease you can name may then be caused.

The distorted enzymes are proteins, but now they have become foreign protein, which we know is the exact cause of autoimmune diseases, such as lupus, arthritis, asthma, and arteriosclerosis.

Dr. Yiamouyiannis (former science director of the National Health Federation) cited a 1990 study of 541,000 cases of osteoporosis that found a definite connection between hip fractures in women over 65 and fluoride levels. The study was written up in JAMA. Several other major studies are cited, massive amounts of research, again all reaching the same conclusion – the undeniable correlation of fluoridation with osteoporosis and hip fracture in the elderly.

Bone building is a finely balanced, complicated process. Fluoride has been known to disrupt this process since the 1930s. Dr. Alesen, who was the president of the California Medical Association, clearly explains what fluoride does to bone formation.

He cites dozens of international scientific studies proving beyond a shadow of a doubt that fluoride has caused thousands of cases of osteoporosis, skeletal thinning, fractures, “rubber bones,” anemia, and rickets.

Fluoride also causes osteoporosis by creating a calcium deficiency situation. Fluoride precipitates calcium out of solution, causing low blood calcium, as well as the buildup of calcium stones and crystals in the joints and organs.

Mind Control and ‘The Flu Virus’