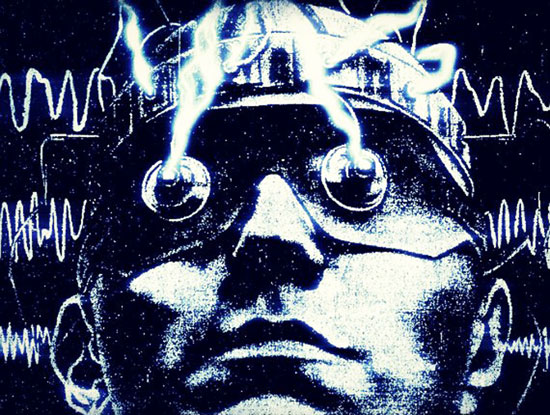 The US Army’s very strange webpage on “Voice-to-Skull” weapons has been removed. It was strange it was there, and it’s even stranger it’s gone. If you Google it, you’ll see the entry for “Voice-to-Skull device” but, if you click on the website, the link is dead.

The entry, still available on the Federation of American Scientists’ website reads:
“Nonlethal weapon which includes (1) a neuro-electromagnetic device which uses microwave transmission of sound into the skull of persons or animals by way of pulse-modulated microwave radiation; and (2) a silent sound device which can transmit sound into the skull of person or animals. NOTE: The sound modulation may be voice or audio subliminal messages. One application of V2K is use as an electronic scarecrow to frighten birds in the vicinity of airports.”

The U.K.-based group Christians Against Mental Slavery first noted the change (they also have a permanent screenshot of the page). A representative of the group tells they contacted the webmaster of the US Army’s internet page, who would only tell them the entry was “permanently removed”. 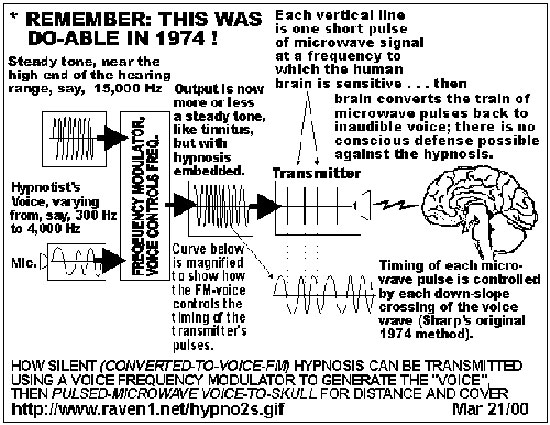 The image above is one person’s self-styled depiction of how a “voice-to-skull” weapon might work.

Mind control technology can control people’s minds, emotions, physical symptoms, implant thoughts and program them to kill. Following the Florida school shooting, people have begun speculating whether alleged shooter Nikolas Cruz may have been the perfect Manchurian Candidate to pull off a “false flag” on behalf of the Deep State.


But can mind control be real?

There are many forms of mind control. Television messages, defining reality with repetition, repetition, repetition, on the hour, every hour. The Industrial Propaganda of Advertising shaping desires, behavior, and social norms. The peer group pressure to conform and keep your views to yourself. “Oooh, what will the neighbors think” backed up with media engineered prejudice. Make no mistake. Social engineering is mind control and it is sophisticated behavioral science, especially adapted at modelling people as social groups.

But to create a killer, they need something more.
Drugs are certainly a major factor. Killer after killer have all followed a similar modus operandi of being “treated” with mind bending drugs, whose known side-effects include inducing homicidal psychosis (it’s written on the insert in the packets…) Those who have never taken such substances can’t really know their power to reshape a person’s own mind against them.

A dissociative killer is quite capable of murdering their own family member with no conscious awareness at all, then for the core personality to come back to the fore and react with horror to find their family member dead before them – and their own hand on the knife…

So it’s certainly possible that an individual, perhaps like Nikolas Cruz, could have been marginalized by society and then flipped out on medication (and in his case, the death of his adoptive mother and last parent, in Nov. 2017, from “flu”) then grabbed their gun, which they are obsessed with because of video games played endlessly for hours and hours, and gone and shot up their school – then 30 minutes later wonder what just happened.

Radicalization is also a form of mind control, into cults or terrorist groups. Sophisticated internet propaganda mixes in truth with a narrative of radical Islamists as “noble victims”, and incites calls to commit to the cause. Hundreds of white Europeans, men and women, were radicalized by this messaging and converted to radical Islam, then went to fight in Syria. And these techniques have long been exploited by the Deep State – see this report from Chatham House on operations in the 1950s, which openly talks about selecting candidates from the “right” (i.e. “troubled”) backgrounds to be candidates to be shaped into agents. Or deadly weapons.

But does an actual technology that could influence someone’s mind exist? Surely not?
In 2010, Popular Science reported on a DARPA project to put mind control capabilities into soldier’s headsets: “Working under a DARPA grant, a researcher at Arizona State is developing transcranial pulsed ultrasound technology that could be implanted in troops’ battle helmets, allowing soldiers to manipulate brain functions to boost alertness, relieve stress, or even reduce the effects of traumatic brain injury.”

Pulsed ultra-sound technology… targeted at specific regions of the brain… for the specific tactical purpose of making soldiers immune to fear? Reduced awareness of pain? Increased aggression?
It’s a good job such technology cannot beam orders direct into people’s heads…
Or… was it?

“No but come on, this is crazy isn’t it? Why would anyone possibly want to use such technology?” you might ask.
That’s what we are getting down to: denying this technology is the refusal to accept the existence of the technology, for which we have abundant evidence.
Such technology represents power, and there are always those ready to exploit power for their own aims.

Remember the graphic shown in the beginning of the article. It makes the basic principles clear:

This was 40 years ago. Imagine where we are today, when we can be precisely located via the devices we are using: like playing that gun-game on PS4 or X-Box, logged in to an IP with your ID… with your social media posts being analyzed by AI (artificial intelligence) to predict your personality and susceptibility to programming…

And if this is going on (Why not? They clearly can and do use this…), and an individual has been done-over by this technology, been programmed either to carry out an action like a shooting, or believe they have and take the blame… And when such a mind control subject… or should that be victim… who gets taken alive in the aftermath, then thrown into the legal system, condemned by their own record of stupid-posting and general reputation, and that person was talking of “voices in my head”? Well…. They’d have no chance, would they?