El Petro is officially born. Here are the details… 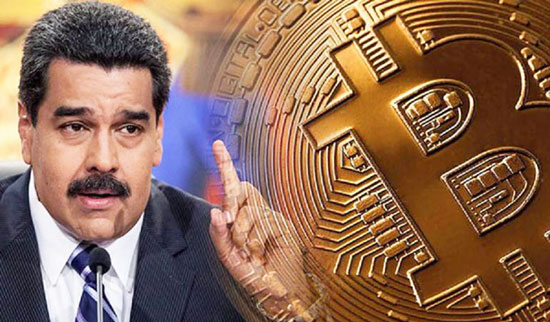 More than two months after Venezuelan President Nicolas Maduro announced his intention to launch the world’s first state-sponsored cryptocurrency to try and help Venezuela raise some badly needed foreign capital, the Petro – backed by 5 billion barrels of oil that are still waiting to be pumped out of a local oilfield – is now a reality.

Venezuela first tipped its hand at its intentions over the summer of 2017, when it appointed what we believe to be the world’s first “superintendent of cryptocurrency”.
The Venezuelan government has been saying for months that the Petro would be available for sale beginning Feb. 20, 2018. According to Bloomberg, it’ll be a few weeks – if not months – before we know anything about the cryptocurrency.

Developed in secret, the project was spearheaded by a 27-year-old blockchain engineer who, according to Bloomberg, earnestly believes in the power of crypto to rescue one of the world’s most repressive regimes from one of the worst economic disasters unfolding anywhere:

“However, it turns out that the sale is the culmination of months of work, much of it done quietly by top bureaucrats loyal to Maduro. Working alongside them has been a 27-year-old Venezuelan technology entrepreneur named Gabriel Jimenez, who says he’s spent months helping develop the concept of the Petro and remains certain of its power to fix what ails Venezuela. ‘This is a lot more ambitious than just a cryptocurrency. It’s a project which I, along with a national and international team, have worked arduously to benefit this country’, says Jimenez. He says he hasn’t been paid for his work and will be compensated only in Petros if the token succeeds.

For the past seven months, Jimenez has been part of a government team working in secret in Caracas to study how cryptocurrencies could alleviate some of Venezuela’s deepest problems, including its recent lack of bank notes. Despite importing billions of banknotes, Venezuela’s worthless currency has struggled to keep up with quadruple-figure inflation that values the highest-denominated bill (100,000 bolivars) at just 50 cents. As a result, ATMs are empty across Caracas, and local banks limit customers to withdrawals equivalent to just a few cents a day.”

Rather than build their own system from scratch, the Petro is built atop the Ethereum (a widely used cryptocurrency) blockchain. Venezuela’s Petro team reportedly paid a visit to China, where People’s Bank of China is supervising crypto trials of its own.
Maduro’s near-daily updates about the status of the Petro were reportedly a headache for the team of engineers, who had to talk him out of setting the initial price close to the present value of a barrel of oil.

“Maduro’s spontaneous, running commentary on the Petro during his near-daily television appearances has caused headaches for the Petro team, which must constantly change the currency’s parameters or speed up work to fit the president’s latest ideas, according to two people with the project. For example, in December 2017, when Maduro announced that virtual exchange houses were in a trial stage, they were just being programmed, two people familiar with the work said.

During a speech in early January 2018, Maduro mentioned a $60 price per Petro, roughly the current value of a barrel of oil. Some on the team disagreed, saying it was too high and warning that early volatility in the currency could bring huge losses to initial buyers. In the end, a series of decreasing discounts was set in place that mean only 24 million Petros (of a total of 100 million) will cost the full price. Under this system, earlier buyers will be rewarded with a better price.”

Venezuela also hosted a cryptocurrency forum last year and invited several high-profile cryptocurrency experts. However, all three of the invitees later refused to endorse the government’s “technical specs” for the Petro.

“At the event, Evercoin exchange founder Miko Matsumura, digital-currency attorney Carol Van Cleef, and Bitcoin Center NYC founder Nick Spanos praised the idea of an open currency and a transparent marketplace, according to people familiar with the event.

…Yet afterward, all three stopped short of signing onto the government’s technical specs for the Petro, enshrined in a white paper that has circulated among the top levels of Maduro’s government and has, over time, become more and more a political document infused with socialist doctrine.”

To fuel demand, the government guarantees that it will accept the Petro as payment for taxes and fees. It has also said it will seek to promote the Petro abroad.

President Maduro was quoted as saying in a launch announcement: “Petro is born and we are going to have a total success for the welfare of Venezuela… The largest and most important companies and blockchain in the world are with Venezuela, we are going to sign agreements.”

And it appears the Maduro government was successful in securing buyers. After a trip to Dubai, Maduro announced that 40 million Petros (out of an offering size of 100 million) had already been placed with institutional investors, leaving the administration wide latitude to offer discounts and other enticements (no word yet on whether Goldman Sachs has already signed on). Members of the public won’t be able to buy their Petros for another month after its launch.

While it’s unconventional, after the US adopted a ban on trading in Venezuelan debt in August, the country has been effectively shut out of global debt markets. Some see the Petro as a potentially illegal way to circumvent these restrictions.

Already, US politicians are trying to subject the Petro to the same sanctions affecting other Venezuelan assets. In January, US Senators Marco Rubio and Bob Menendez urged US Treasury Department Secretary Steven Mnuchin “to outline the department’s enforcement mechanisms and efforts to combat the Maduro regime’s plans to use cryptocurrencies to evade U.S. sanctions”.

“Maduro has proven that he will use every tool at his disposal to perpetuate his authoritarian objectives, including financial lifelines from Russia and China. As such, we are concerned that a cryptocurrency could provide Maduro a mechanism by which to make payments to foreign lenders and bondholders in the United States, actions that would clearly thwart the intent of U.S.-imposed sanctions,” the Senators wrote.

According to Reuters, the Petro has already attracted investments from Turkey, Qatar, Europe and even the US, according to the country’s cryptocurrency regulator (obviously not the most reliable source when it comes to this).

Tsvetana Paraskova, an analyst at oilprice.com, said few expect the Petro to bring real benefits either to Venezuela’s ravaged economy or its people, who are still suffering from a shortage of basic necessities, as the IMF expects inflation to rise 13,000% this year.