Astonishing bias: 452 Islamic terror attacks in 31 countries just in first three months OF THIS YEAR and zero coverage from media

The vast majority of Americans have come to expect biased coverage from the so-called “mainstream media,” and what’s more, they have come to expect that coverage will be designed to advance the Democrats’ Left-wing agenda. That’s according to some of the most recent polling data available.

Additional evidence also supports the contention that what the media tends to cover aren’t subjects that are of vital interest or importance to most Americans, and that the media covers narratives it helps create, failing — intentionally — to give equal weight to similar stories. 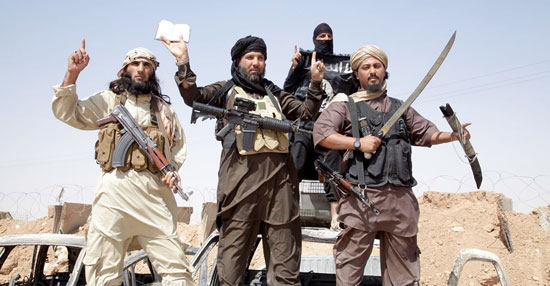 One example involves how American journalists initially covered the terrorist attack in New Zealand. Immediately after news of the attack first broke, the Democrat-aligned media filled their airwaves and bandwidth with far-Left pundits and politicians, as well as their own hosts and reporters, who were all quick to blame POTUS Donald Trump’s “anti-Muslim rhetoric.”

In the days that followed, the same Left-wing media outlets hammered on the narrative that 28-year-old alleged attacker Brenton Tarrant is a “white nationalist” and “right-wing extremist” who hates Muslims — as though only white, right-wing extremists are behaving as terrorists these days and the only people they are murdering are people of Islamic faith.

The fact is, however, that by far, the bulk of terrorist attacks this year — and in recent years — have been committed by Muslim extremists, and often against followers of other faiths. But mainstream media doesn’t often report those and when they do, reports are quick, superficial, and fact-based. No narratives, no outraged guest analysts, and no lecturing, finger-wagging hosts.

On the other hand, this is how an alternative media website, Natural News, reports on terror attacks:

“On January 27, Muslim extremists bombed a Roman Catholic cathedral on the Philippine island of Jolo, killing some 20 people and injuring dozens of others. But you probably didn’t hear about this horrific religious massacre because the perpetrators were violent Islamic terrorists that targeted Christians, which means the Leftist media pretty much completely ignored it.”

In all, “there have been 453 Islamic terror attacks in 31 different countries so far this year – and these are just the ones that have been reported,” Natural News continued in the article published in March 2019. “In total, just in 2019 so far, there have been a shocking 1,956 people murdered by Islamic terrorists, and another 2,019 injured, according to TheReligionOfPeace.com.”

While the vast majority of Americans are aware of what happened in the New Zealand attacks, probably an equal number of people are completely in the dark about the fact that there have been more than 450 terrorist attacks in the first three months of this year committed by Islamic extremists, including many against Christian believers. That’s because the American legacy media won’t report on those stories; to do so would conflict with their carefully crafted narrative that Muslims are victims and most often die at the hands of white European/American nationalists.

Naturally, if these attacks were reported with the same breathlessness, vigor, and depth, Americans would have a much different opinion of radical Islam, and would understand it poses a far more serious threat than they have currently been led to believe.

According to The National Sentinel, it appears as though Muslims have become the American Left’s “new protected class.”
The site quoted CAIR research director Dr. Abbas Barzegar, who launched an attack against the First Amendment during a press conference after the New Zealand shootings, implying that there should be no criticism of Muslims allowed.
He said social and traditional media do “not allow these people to exploit freedom of speech.”

And no one from the media pushed back.
When the U.S.A. was founded, patriots bequeathed a free and independent press they believed was essential to protect citizens’ liberties, primarily by holding the powerful accountable. By allowing themselves to become agents of the powerful, today’s establishment media have violated the founders’ intent.

The Holocaust of the Masonic Communists (1)