What is the secret to a longer life? Scientists have long been trying to uncover ways to increase longevity, and it looks like one answer could be found in an unlikely place: the sun. 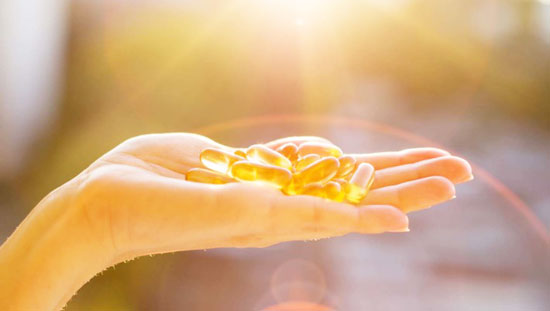 Demonized over the past few decades as being behind skin cancer, sun exposure is actually a bit of a double-edged sword. Getting the right amounts of it has been associated with healthy aging and a reduced risk of certain types of cancer.

It is the vitamin D that brings about these benefits, but getting it out of a pill bottle does not have the same effect as getting it directly from the sun. In fact, without vitamin D from sunlight, disease has been shown to increase more than 1,000 percent. While having a healthy diet remains vital for your health, even those who do eat properly have a hard time getting enough vitamins from food to make a difference, particularly if they follow a vegetarian way of eating.

Even small increases in vitamin D from the sun have been associated with longer telomeres in middle-aged adults. Telomeres ensure that the chromosomes in the cells of your body do not fuse together or rearrange themselves, which can result in cancer. These telomeres shorten as we age, and the process can be sped up even further through factors such as being overweight, eating a poor diet, and living a sedentary lifestyle, all of which are correlated with inflammation as well.

These conclusions were reached following an analysis of data from more than 1,500 people aged 20 and over. After making adjustments for gender, BMI, ethnicity and other confounders, the researchers discovered that people who got higher levels of vitamin D from the sun had longer telomeres. The study’s results were published in the Journal of Nutrition.

This is supported by a study published in the European Journal of Clinical Nutrition that shows that even small increases in Vitamin D can add years to your life. It is estimated that 59 percent of people have a Vitamin D deficiency. The conditions that researchers have found respond to Vitamin D include some of the biggest illnesses facing the world today, such as diabetes, cancer, respiratory disease, and cardiovascular disease.

Dr. W.B. Grant of the San Francisco Sunlight, Nutrition and Health Research Center found that doubling a person’s circulating level of the vitamin could lower the mortality rate of these diseases by around 20 percent.

Precisely how much sun exposure you need in order to get the right amount of Vitamin D depends on a number of factors, including your skin tone, your geographical location, and factors like the pollution in the air where you live. In general, however, Vitamin D expert Dr. Michael Holick says that five to ten minutes of sunlight two to three times per week is enough, although those with darker skin need more.

He recommends exposing just 6 to 10 percent of your body a couple of times a week. He points out that sunscreen with just 8 SPF can reduce your ability to make Vitamin D by more than 95 percent, so it’s important that you sit outside for five to ten minutes in the sun before going back in to put on sunscreen to protect against skin cancer.

If your sunlight exposure is limited for whatever reason, you can try to increase your uptake of foods containing Vitamin D. Although it can be difficult to get enough Vitamin D from dietary sources, a few foods stand out.

Mushrooms are an excellent choice, with maitake mushrooms, in particular, offering 131 percent of your RDI in just one mushroom.

Sometimes the simplest solutions happen to be the best ones. Getting some sun won’t cost you anything, and spending time outdoors has plenty of other benefits for your well-being.

Astonishing bias: 452 Islamic terror attacks in 31 countries just in first three months OF THIS YEAR and zero coverage from media

New UFO Disclosure: Everything is Connected, They Are Sending a Message

What you need to know about the benefits and safety of kava kava for stress, anxiety,…