[Editor’s note: The article below is taken from the spiritualresearchfoundation.org website. It contains some interesting information, which is in line with traditional teachings, and that is why we have chosen to present it to you. However, it also contains some ideas that belong to the authors and to which we do not subscribe. Please use your discernment, logical thinking and spiritual intuition when evaluating this information.] 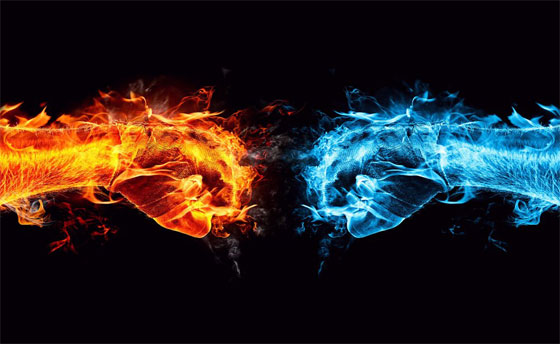 The battle between good and evil is fought mainly in the subtle-world between the subtle-forces of good and evil. This battle, even though at a much larger scale than any battle on Earth (Bhūlok), can only be perceived by a person who has an advanced sixth sense.

After the subtle-forces of good begin to win the subtle-battle, it is followed by a battle in the physical realm which is on Earth. This battle in the physical realm affects the entire world but it is required to remove all the evil doers from the face of Earth. At first the battleground manifests on Earth in people’s consciences and it seems like we are living in a world that has gone crazy. This is pretty much like the state of our world in recent times. This is primarily because of malefic energies possessing or affecting humankind. Along with this there is an increasing intensity of natural disasters (such as floods, tsunamis, earthquakes, epidemics and drought). Later the battle in the subtle, manifests to a greater extent and escalates the turmoil on Earth. It will finally culminate in a Third World War along with severe natural disasters. Natural disasters are nature’s way of cleansing the planet of the Tamas predominant elements and therefore making way for a better world.

The battle between good and evil intensifies when the subtle basic Sattva component drops to a relative low point (or rock bottom) and the subtle basic Tamas component reaches a relative peak. The reduction in the Sattva component is a function of the proportion of evildoers on Earth. The amount that the Sattva component reduces by differs over time and modifies with each era. For example, the worst period of Satyayuga (the first era of the universe, the ‘golden era’) would be far more sāttvik than the period of highest sāttviktā in the whole of Kaliyuga (which is the current era of the universe). 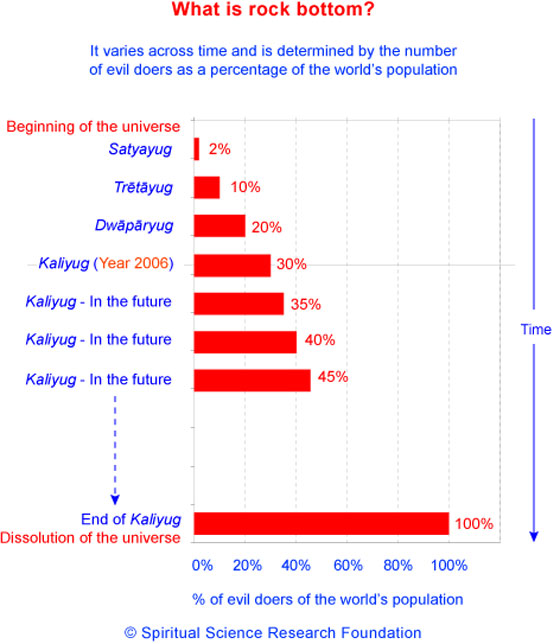 Please note that the figures for the first three eras are for the main eras and not for the mini-cycles within it.

In 2006, the balance between the good and evil forces was in the ratio of 70:30. Presently evildoers in society have reached the 30% mark. For this part of the era, this means that the Sattva component has hit its nadir. It is something akin to a share market where when the index goes below a psychological barrier we say that the share market has bottomed out.

One may ask, “If the balance is currently 70 to 30 in favour of good then how can there be a problem?” After all, it contradicts the last paragraph under point one which states that the majority of the people of the world are evil. The answer is that most of the good forces are in the higher regions of the universe. In these high planes of existence, they are so one with God that they maintain an observer attitude to events that take place and have the attitude that everything occurs as per God’s will. The evil forces take advantage of this attribute of the good forces and set themselves up to strike and establish supremacy on Earth.

Unknown to most of mankind, in the years 1999 – 2012, a major subtle-battle of good versus evil has taken place in the subtle-regions. In the past decade, this subtle-battle has also manifested a little in the physical Earth realm. We have seen an increase in intensity of natural disasters, wars, social unrests and anti-social activity. The primary reason for this is because of the increase in the subtle Tamas component that is associated with evil i.e., negative energies along with a society that lacks in spiritual practice and a lifestyle of Righteousness. 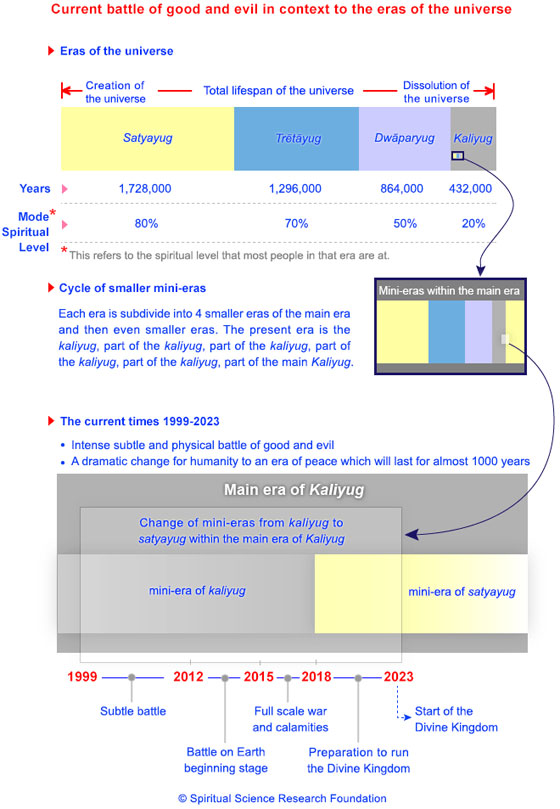