While the Western world wanders through the dystopia of a fake Joe Biden presidency and a manufactured pandemic, something huge is brewing. A thousands-of-years-old regime is facing systemic collapse and secret negotiations about its replacement are ongoing. We cannot talk in detail about the negotiations yet for security reasons. All we can say is that it will be the biggest event since monotheism began in ancient Egypt thousands of years ago. When it occurs it will be on all the screens and news outlets. Until then operational secrecy is vital, so let’s look at the signs of systemic collapse. 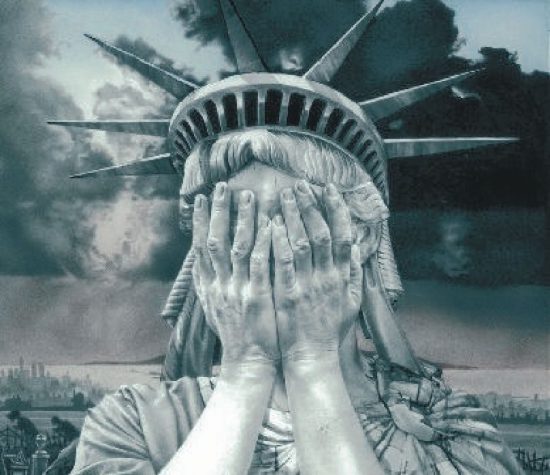 The biggest visible aspect is hyper-inflation emerging in the U.S. This is something commonly seen during regime collapse. The cause is the people behind the Biden avatar printing money like there is no tomorrow (for them it is probably true). Government hand-outs exploded in March to an annualized $8.1 trillion, double the $4.1 trillion from February and $5 trillion above the pre-“pandemic” level of $3.2 trillion.

Supply-chain experts say they have never seen anything like what is recently going on.

“There is a total, global log-jam; goods cannot be shipped in some cases; and supply-side inflation on a scale we have not seen for a long, long time looks imminent.”

There is also a food shortage emerging in the U.S. with food prices rising and basic items running in short supply.

As of last December, one in seven U.S. households was suffering food shortages. By January, 41.8 million Americans were on food stamps – 13% more than a year earlier.

Meanwhile, all of the Biden funny money being handed out to appease the masses is also removing their incentive to work. The situation has reached the point where McDonald’s franchises are paying people $50 just to show up for a job interview and convenience store chains are paying $500 signing bonuses.

“How do we get enough drivers, I don’t know,” was the answer Covenant Logistics CEO David Parker gave analysts when asked about the labor shortage.

Uber insider Nathaniel Rothschild has given public hints – to those who pay attention – tweeting such statements as:

“What if tomorrow the world changes as we know it?” and “The next crisis will hit you during your sleep, and you will wake up poor. It will occur lightning fast. Music is still playing. Few do realize that every market is deep faked. So prepare. Buy physical #gold and #silver!!”

The question that needs to be asked in these circumstances is why is the U.S. dollar so apparently strong? The answer, of course, is that the Biden funny money is only being accepted inside the U.S. In other words, the U.S. dollar is no longer American.

The Chinese are lending the Biden regime real money to buy their stuff because Chinese American Katherine Tai, the U.S. Trade Representative, is the de-facto president of the United States, according to Asian secret society sources.

Here is the avatar they are using for day-to-day interactions with the corporate propaganda media Jen Psaki, aka David Rockefeller’s grandson Mark Zuckerberg. 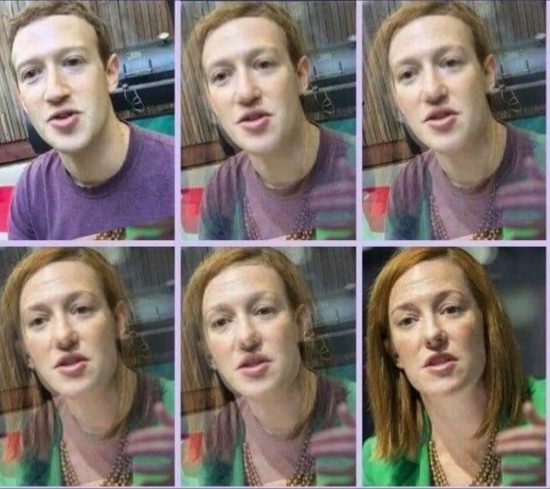 What this family that sold the U.S. corporate government to China fails to realize is that, according to a senior European Royal, “all of the world’s military intelligence agencies are allied and know what has happened.” In other words, they know the West has been seized by a fanatic religious cult that is trying to vaccinate everyone on earth with gene-altering substances in order to permanently enslave them.

“The decision at top brass has been made to end this madness and get the world back to what was normal, not this so-called new normal this cult of lunatics are ramming down the global civilian population neck.”

Speaking about lunatics, the public dialogue about this pandemic and vaccine is getting weirder and weirder by the day.  While some of this is certainly out just to induce fear, there can be no doubt that some of these vaccines really are murderous. In India, it has now become clear their recent breakout of “new variants” of Covid-19 was directly linked to vaccinations. That is why India’s vaccine czar has left the country for the UK due to “unprecedented” threats.

Then you have respected magazines like Scientific American noting how “influenza has disappeared,” but failing to reach the conclusion that it has disappeared because its name was changed to “Covid-19.”

Influenza did not disappear in Japan because the medical system refused to lie about it. That is why the only Covid-19 cases in Japan come from hospitals owned by cabal front KKR.

The move to use the pandemic as an excuse for strict social control and vaccine passports is also connected to an attempt to initiate a mark of the beast type financial system. “Mastercard – Paypal – Visa All working with [privately owned] central banks now,” tweets Nat Rothschild.

Here is the real explanation for the pandemic as forwarded to us by the CIA:

“The Chinese biological laboratory in Wuhan is owned by GlaxoSmithKline, which owns Pfizer! The one who makes the vaccine against the virus that started at the Wuhan biological lab and was funded by Dr. Fauci who promotes the vaccine!

In some ways, this is all too contrived which brings the question: What if this is all just a giant initiation ceremony?

We were told last year that humanity would be put through the equivalent of a tribal coming of age ceremony and that the whole thing would last until the autumn of this year. The idea would be to implement the type of changes to global governance usually involving a world war without actually having a world war.

In a sign this might be right, we are noticing more and more UFO and space opera stuff appearing in the “mainstream” corporate media. Below is a recent sampling, with even the New Yorker magazine getting in on the action: 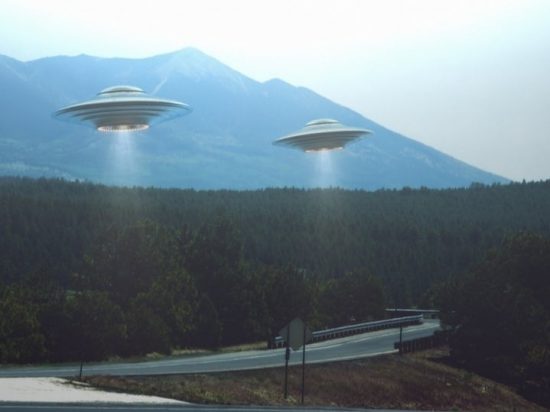 In any case, while the West is going through nervous breakdown and seeing UFOs, the rest of the world is busy redrawing borders. This is especially true in the Middle East. The big story there continues to be the ongoing attempt by the Turks to revive the Ottoman Empire. Here is the sort of talk they are publicly putting out:

“They are telling us to refrain from altering the post-World War I order, to remain as the west’s eastern front, to avoid any action that will bring the region to us and awaken the main axis of the earth, which stretches from the Atlantic to the pacific coasts. Turkey is much more effective than all European Union countries put together… the west is no longer the world’s center.”

These words are being backed with military action in Libya, Iraq, Kazakhstan, Ukraine, etc.

The country with the most to lose is the Israeli crypto colony of Saudi Arabia. “The Saudis have no more power even with all that oil, they can’t ‘buy’ respect anymore,” according to the CIA.

In a desperate attempt to avoid a Turkish takeover, Egypt, Jordan, Saudi Arabia, and other Gulf countries have been trying to make peace with Iran. “We are seeking to have good relations with Iran,” Saudi Crown Prince avatar Mohammed bin Salman told Saudi television recently.

The Saudis need to make peace with Iran because the U.S. military is no longer willing to act as their enforcers. That is why they are losing the war with Yemen’s Houthis and are in real danger of losing control over their oil fields. The Yemeni people, who built 12 story tall buildings over a millennia ago, view the Saudis as upstart camel herders who just happened to get lucky with oil. They want to return their historical place as the true powers in the Arab peninsula and will probably succeed in doing so. The Saudi may soon get taken out of Arabia.

The other country that is losing its border war is the United States. Sources along the frontier with Mexico say the border is disintegrating. “I’ve never seen anything quite like this…it’s the Wild West on steroids,” says Goliad border county Sheriff Roy Boyd.

Canada is keeping its border with the U.S. mostly shut for now but it is a good bet that a joint U.S.-Canadian military operation to remove Satanic cultist Justin Castro from power is just a matter of time. At that point, the Biden-Rockefeller, Communist China freak show in the U.S. should also come tumbling down.

There is a powerful group that wants to re-invigorate the West by restoring democracy, the rule of law, freedom of the press, and meritocracy. If the West fails in its efforts, the United States will become a Chinese-owned farm whose management is sub-contracted to a bunch of Khazarian gangsters like the Rockefellers. Eventually, the entire planet will forever be turned into a giant animal farm. We all need to join the fight to make sure this never takes place. We will win but it will take a lot of hard work and brave determination.

Leaked Chinese Govt. Documents: Xi Xinping Vows To Take Control Of The Internet And Influence Opinions… Of The ENTIRE WORLD

Deep State is based on fraud, and will fall sooner or later