Ayurveda is one of the oldest systems of medicine in India and promotes the use of natural products for healing. Herbal medicines have a long history of use in traditional medicine and still provide real health benefits to this day. These natural medicines also continue to prove their safety in modern studies.

In contrast, conventional medications, especially those used to treat inflammation and pain, cause various side effects. Because of these undesirable effects, many patients have now turned to medicinal plants to alleviate inflammation, pain and other symptoms associated with many diseases. 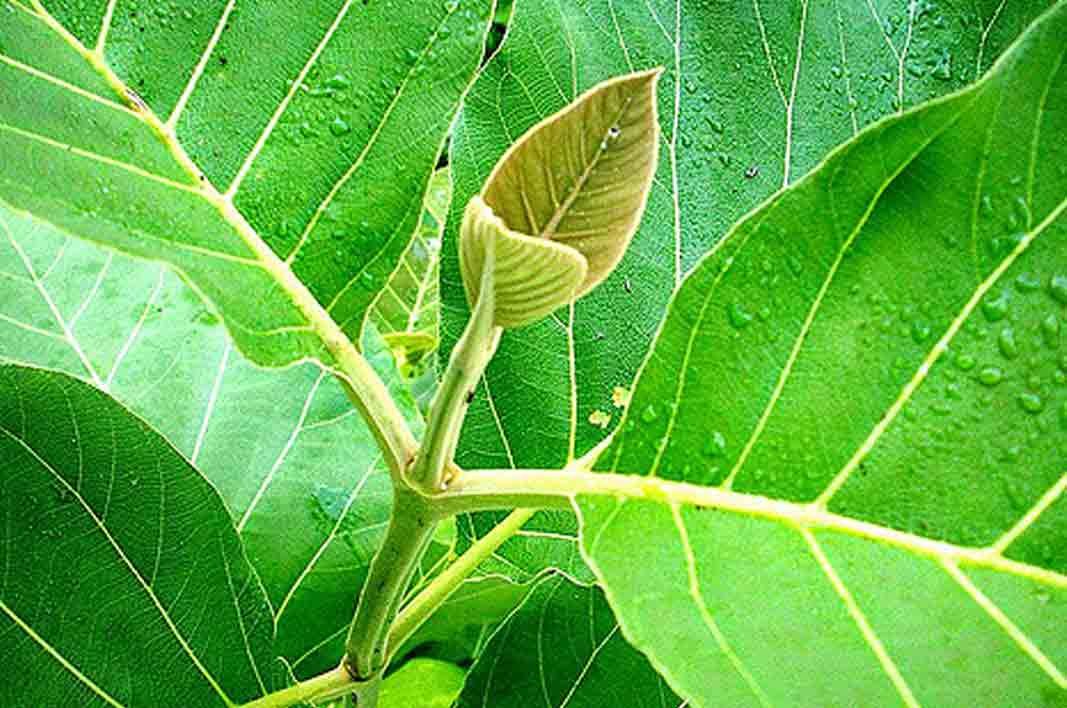 Tectona grandis, also known as teak, is a tall flowering tree native to India, Myanmar, Indonesia and Malaysia. Besides being an ornamental plant, teak is also a source of high-value, durable timber. Teak wood resists decay even when unprotected by paints and preservatives. As such, it is now widely cultivated in other tropical countries around the globe.

Teak is a member of the mint (Lamiaceae) family and shares certain characteristics with aromatic plants like basil, oregano and rosemary, which also belong to the same family. Among these characteristics are versatility, usefulness and a broad range of medicinal uses. Some of the properties teak is credited with include anti-helmintic, expectorant and anti-inflammatory activities.

In a recent study, researchers from India evaluated the in vitro anti-inflammatory and anti-helmintic properties of teak. They found that the extract derived from its leaves can not only reduce inflammation but also kill parasitic worms effectively. In fact, teak ethanol extract showed comparable anti-helmintic activity to the anti-worm medication, albendazole.

The researchers noted that the teak extract paralyzed worms within 19 to 32 minutes and killed them within 30 to 49 minutes. Albendazole was able to paralyze worms within 20 minutes and caused death within 48 minutes. Meanwhile, in terms of anti-inflammatory activity, the teak ethanol extract inhibited 68 percent of protein denaturation – a well-documented cause of inflammation – at a concentration of 200 mcg/mL. Although aspirin showed better results at a lower concentration, the anti-inflammatory activity of teak is still worth noting.

Based on these findings, the researchers concluded that teak is an excellent natural medicine for reducing inflammation and treating parasitic infections. This study appeared in the International Journal of Herbal Medicine.

Other uses and properties of teak

According to previous studies, teak has an abundance of active components that make it extremely useful as a natural medicine. The main bioactive compounds in teak are tectoquinone, lapachol and deoxylapachol. Other notable compounds include anthraquinones, naphthoquinones and isoprenoid quinones. Together, these naturally occurring chemicals contribute to teak’s health-promoting properties, which include antioxidant, anti-inflammatory, antipyretic, analgesic, hypoglycemic, wound-healing and antiplasmodial activities.

In Southeast Asia, teak is traditionally used as an astringent and diuretic. It is also used to reduce swelling and treat bronchitis. Animal studies have found that teak bark extracts could help with diabetes by lowering insulin resistance. Teak bark can also be used to relieve skin irritations, especially those caused by cashew nuts (Anacardium occidentale) and marking nuts (Semecarpus anacardium).

The flowers and seeds of teak are also reported to have expectorant, anti-inflammatory, diuretic, anti-bilious and anti-helmintic activities. Its root is used to treat urinary retention and anuria (non-passage of urine). Meanwhile, the oil extracted from its nuts can be used to treat scabies and other skin diseases. It is also said to promote hair growth.

COVID-19 RNA based vaccines and the risk of prion disease