In the United States, cancer – second only to heart disease as a leading cause of death – claim the lives of over 600,000 people/year, according to current statistics from the National Institutes of Health. Yet, sadly – to this day, most people remain uninformed about the true power of fruit and veggies to stop cancer cell growth and premature death.

No doubt, this will come as no surprise to anyone aware of the increase in pesticide/herbicide usage on farm lands; the consumption of too many (heavily processed) junk foods and dangerous medications; the ever-expanding exposure to wireless (microwave) radiation; and the constant application of chemtrail toxins in the sky. Of course, the proliferation of highly-processed, sugary foods loaded with genetically-modified organisms (GMOs) is the major reason why we see so much suffering in this world. 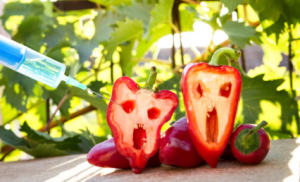 But, let’s just say the obvious: According to many qualified healthcare providers, the vast majority of these deaths are preventable. We just need to do everything in our power to avoid any threat to our health and happiness. What could be more important than that?

Where are the veggies?! It’s time to expose the “800 pound gorilla” in the room

In an article published in Pharmaceutical Research, the authors – researchers at the University of Texas M.D. Anderson Cancer Center – assert that only 5 to 10 percent of cancers can be attributed to genetic causes; lifestyle and environmental factors account for the rest (90-95%!). Of the factors believed to contribute to cancer, which include smoking, poor diet, environmental pollutants, sun exposure, obesity, infections, stress, alcohol and physical inactivity, diet is one of the most significant, accounting for roughly a third of many types of cancer, and up to 70 percent of colorectal cancers.

These statistics are actually cause for hope – diet is one aspect over which you have complete control. To be perfectly clear, nothing can be more important for avoiding cancer cell growth than eating a healthy (organic) diet filled with locally-grown fruits and veggies.

Eating a good amount of fresh, organic fruits and vegetables; a modest amount of high quality animal foods and select grains like quinoa or millet and restricting overall calorie intake can help you to dramatically reduce your cancer risk. Due to their beneficial natural pigments, fruits and vegetables tend to be brightly or deeply colored – picture the brilliant orange of carrots and tangerines, the vibrant red of tomatoes, the intense green of broccoli, and the rich indigo of blueberries.

With some notable exceptions – such as onions and garlic – life-prolonging fruits and vegetables are recognizable by their eye-catching hues. Naturally, due to social pressures or ‘old’ habits, it can sometimes be a challenge to eat healthy – but the rewards are worth the effort.

Fruits and vegetables are loaded with phytochemicals to prevent cancer

Researchers tell us that there are as many as 25,000 different plant chemicals, many of which are anti-carcinogenic: carotenoids, quercetin, resveratrol, indole-3-carbinol and sulfurophane are among the most well-studied and potent. Not only are these compounds a safe way of targeting multiple cell-signaling pathways, but they perform an important role in reducing inflammation, now acknowledged to be at the root of many life-threatening diseases, including cancer.

One of the ways phytochemicals target cancer is by blocking production of nuclear factor kappa b (NF-kB) inside cells. This is an inflammatory marker; biochemists believe that incorrect regulation of NF-kB by the body is associated with the development of cancer.

What is so special about carotenoids?

Carotenoids, a group of plant pigments, are both anti-inflammatory and anticarcinogenic. Beta-carotene, found in carrots, pumpkins, sweet potatoes and beet greens, is a provitamin that the body turns into the antioxidant vitamin A. 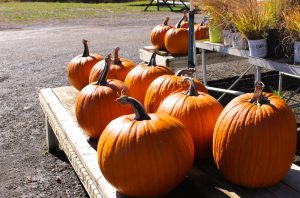 Lycopene, a carotenoid found in tomatoes, grapefruit and watermelon, has been demonstrated in animal and human studies to be a powerful cancer fighter, capable of scavenging free radicals – pumping up the body’s detoxification systems and inhibiting cancer cell proliferation.

Other carotenoids include lutein, zeaxanthin, capsanthin, crocetin and phytoene. According to a 2002 scientific review of studies published in Cancer Metastasis Review, some of these may have cancer-preventing abilities to surpass even that of beta-carotene and lycopene; research is ongoing.

How can quercetin help to prevent cancer?

A flavonoid found in citrus fruits, parsley, apples, onions, grapes, and various types of berries, quercetin is anti-inflammatory, antioxidant, and apoptopic – meaning it can induce programmed cell death in cancer cells. Quercetin also blocks NF-kB activation, and has been found in animal studies to prevent colon and lung cancer.

Onions, a particularly rich source of quercetin, have been credited by researchers with potency against squamous cell carcinoma, a common form of skin cancer. Researchers are particularly impressed with the way quercetin prevents damage to cell DNA by protecting strands from breakage.

A polyphenolic compound found in grapes, blueberries and dark chocolate, resveratrol acts against cancers of the breast, prostate, stomach, pancreas and colon. Like quercetin, resveratrol can induce apoptosis, suppress NF-kB activation, and inhibit the growth and metastasis of cancer cells.

Researchers are currently working to create versions of resveratrol with increased bioavailability – in other words, the capacity to be absorbed and used by the body – for applications in treating cancer.

In test tube studies, indole-3-carbinol has been shown to inhibit the invasion of normal tissue by invasive cancer cells. So, we’ve got another good reason to eat our veggies.

Like indole-3-carbinol, sulfurophane is found in cruciferous vegetables, such as broccoli and Brussels sprouts. Cell and animal studies have attested to strong anticancer effects.

The bottom line: Nature has reserved the brightest colors in her palette to ornament those foods that do the most to protect us from cancer and other diseases. Unlike the protocol of traffic lights, the colors red, yellow and green – when found in fresh, organic fruits and vegetables – all signal “Go.”