If you suffer from ulcerative colitis, hear this: a simple natural food supplement has been shown to significantly enhance well-being and reduce the difficulty of bathroom urgency that often comes along with ulcerative colitis.

If you’re a natural lifestyle practitioner, you’ve undoubtedly heard about the tremendous health benefits of turmeric. This bright yellow, aromatic spice has long been recognized as a traditional plant medicine with many of its applications derived from potent and well-documented anti-inflammatory effects. The uses for this natural curative are vast. 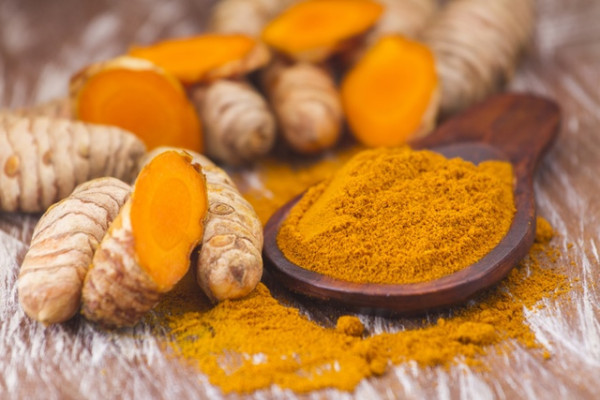 Turmeric, scientific name Curcuma longa, is a member of the ginger plant family Zingiberaceae. Curcuminoids are active, organic chemical compounds known as polyphenols within turmeric. Curcumin is believed to be the primary curcuminoid imparting the spice’s distinctive yellow color and many of its beneficial properties.

Curcuminoids have scientifically documented anti-inflammatory properties and have been shown to improve the symptoms of several inflammatory diseases. Curcuminoids also deliver antioxidant, antibacterial, chemopreventive and chemotherapeutic benefits and have been shown to aid in the management of oxidative conditions, metabolic syndromes, arthritis, anxiety and hyperlipidemia, among other chronic health problems.

Curcumin supplements are popular with active persons for reducing exercise-induced inflammation and muscle soreness and show promising potential for illnesses where chronic inflammation is a factor. Using curcuminoids to treat diseases of the gut is of particular interest to scientists since these conditions are considered incurable and can be non-responsive to standard pharmaceutical drugs such as steroids and antibiotics. This hope has led some researchers to explore the use of turmeric and curcuminoids to improve the symptoms of inflammatory bowel disease.

Researchers have found that both turmeric and curcumin are effective at improving the gut microbiome, altering gut bacteria in a highly similar manner, suggesting that curcumin may drive the majority of observed transformations in trials involving turmeric-treated subjects.

In November 2018, a multi-disciplinary team of Iranian researchers published results of a human trial evaluating the effectiveness of a nanoformulation of curcuminoids in the treatment of ulcerative colitis. Ulcerative colitis (UC) is an autoimmune condition and type of inflammatory bowel disease in which the lining of the colon becomes inflamed and develops tiny open sores, or ulcers. There is no known cure.

Conventional treatments involve moderating the immune system’s overactive response with potentially dangerous immunosuppressant drugs, and while dietary modifications can be effective for some sufferers, in some cases, partial removal of the colon is performed.

The potential for such severe outcomes underscores the need for safe, effective treatments for UC patients – the chief aim of the focus study. Published in the Journal of Cellular Biochemistry, the randomized, double-blinded, controlled trial was conducted on 56 adult patients who had received a diagnosis of mild to moderate ulcerative colitis according to the Simple Clinical Colitis Activity Index (SCCAI).

Patients were randomly assigned to either the treatment group or the control (placebo) group. Treatment group participants received 80 milligrams of curcuminoids three times daily by mouth, plus 3 grams daily of mesalamine, a nonsteroidal anti-inflammatory drug that is frequently prescribed to treat UC. Control group received a placebo plus 3 grams of mesalamine daily for a period of four weeks.

The severity of UC was assessed at baseline and at the end of the second and fourth weeks of treatment according to the SCCAI. Scores were recorded for urgency of defecation and number of times patients defecated, both during the day and at night, requiring them to interrupt their sleep routine. Incontinence and blood in the stool were also reported, along with several other indexes related to general well-being.

Results showed that scores for urgency of defecation reduced significantly more in the treatment group as compared with control group at the fourth week of monitoring. Patients receiving curcuminoids also experienced better general health conditions than the control group after 4 weeks of treatment. Overall, the mean SCCAI score was significantly lower in the patients who received curcuminoids plus mesalamine as compared with the group who received placebo plus mesalamine at the end of the treatment period.

Curcuminoids improved both the clinical activity index and the Ulcerative Colitis Endoscopic Index of Severity, and thus could effectively suppress the morbidity associated with ulcerative colitis as compared with mesalamine alone.

Finally, the scientists stated in their published report that herbal treatment options such as curcumin supplementation should be taken into consideration as a serious treatment option for sufferers of UC due to its ease of availability, the rarity of side effects and low adverse reactions as compared to synthetic medications.