In January 2020, a little-known company named Moderna got access to the genomic sequences of SARS-CoV-2. These sequences were quickly used to develop mRNA-1273, an mRNA vaccine that encodes SARS-CoV-2 spike proteins in human cells. The technology is experimental and relatively new, but it has been studied for several years so it could potentially be utilized against an emerging infectious disease. The emergence of a novel, beta coronavirus with enhanced gain-of-function properties (covid-19), presented the perfect opportunity for Moderna to experiment on human DNA using the mRNA platform, opening up a treacherous portal toward transhumanism and creating the conditions for perpetual human dependency on mRNA technology for optimal cellular processes and immune function, as more and more ‘dangerous novel strains of coronaviruses’ appeared. 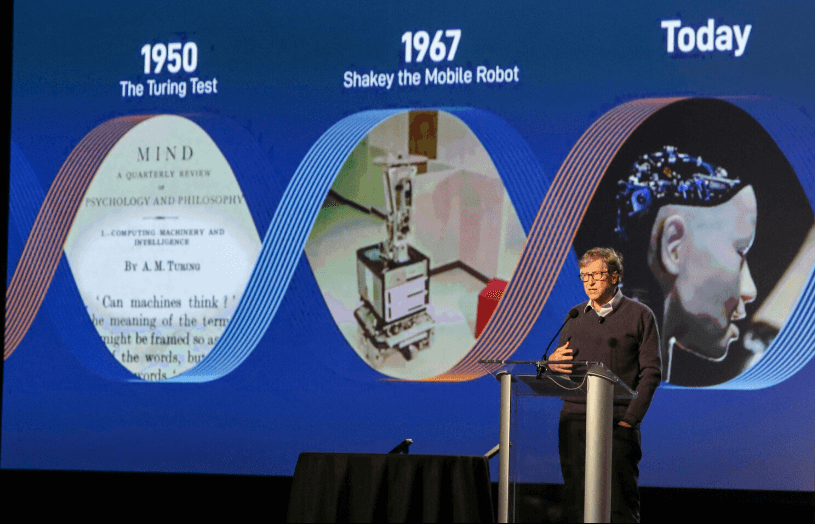 In 2016, Microsoft confirmed they could “program complex behaviors using DNA.” Dr. Andrew Phillips, head of bio-computation at Microsoft Research, said that DNA is highly programmable, just like a computer.

In 2009, Microsoft Research released controversial research detailing how DNA circuits can be programmed. These programs can impart a range of complex behaviors using DNA molecules. “Imagine a biological computer that operates inside a living cell,” remarked Dr. Phillips. Dr. Neil Dalchau, a Microsoft Research scientist, said the company was working on a way “to use DNA as a programmable material.” He wrote that their biggest challenge is figuring out how to automatically diagnose within cells.

With a meticulous cellular surveillance system, the technology could be used to diagnose what the cell needs in real time, hijacking its operations automatically and communicating new instructions. This system would be akin to a wireless remote control that could exploit human cells. Dr. Dalchau said the technology would be able to “trigger the death” of specific cells as well. Microsoft was and is heavily invested in this controversial research and developing a system of physiological control inside humans that senses, analyzes and controls molecular information.

In 2015, Merck partnered with Moderna for $100 million to develop new mRNA vaccines for four targeted and undisclosed viruses. The modified mRNA turns human DNA into a programmable operating system, instructing the body’s cellular machinery to produce nearly any protein of interest, including antibodies.

In 2016, Moderna received a 20 million grant from the Bill & Melinda Gates Foundation to develop a new mRNA-based antibody therapeutic aimed at preventing an HIV infection.

In March of 2019, Moderna received another grant from Bill Gates to assess the feasibility of mRNA technology to deliver antibody combinations to reduce the impact of neonatal sepsis. Now the Bill Gates Foundation is putting forth an additional $250 million to see these experiments through.

With the aggressive funding of mRNA technology since 2009 and with the sudden onrush of mRNA vaccines, it becomes clear how globalists like Bill Gates and Microsoft are going to program human DNA and control people from the inside out.

It’s also clear why Dr. Anthony Fauci (an ally of Bill Gates) has done everything he could to lock people down and force people to worship the new vaccines and believe lies about their immune system. Fauci and Gates are both invested in Moderna, the leading developer behind the new mRNA vaccine experiment. Moderna openly admited that mRNA is “an information molecule” and have even trademarked the technology as the “mRNA operating system.”

There’s a well-funded, unaccountable conspiracy to make the population dependent on this experimental technology.

Moderna won’t stop experimenting with human DNA after SARS-Co-V-2 is deemed under control. The mRNA platform is being setup as a dependency system that controls molecular information for a wide range of virus families and to inoculate updates for coronavirus spike proteins.

Humans who succumb to mRNA vaccines will be required to receive updates to their cells in order to adapt their immune system to their environment. Humans will be controlled by this technology and their physiological processes will become dependent on updates in order for their immune system to function so they can stay alive in the 21st century. This platform is an introductory to transhumanism, where humans merge with machines and depend on AI systems that analyze inter-cellular needs in any given season of life.

Moderna is open about using mRNA not just for this one disease, covid-19. Referring to “Our Operating System,” Moderna wrote that they “set out to create an mRNA technology platform that functions very much like an operating system on a computer” to ultimately re-write a wide range of proteins in human cells.

Moderna said their mRNA is designed to plug and play interchangeably with different programs. They compared the mRNA vaccine as an “app” that communicates with human DNA to code for selected proteins within the cells.

It’s clear that Moderna is nothing but a playground for the globalists, a tool to manipulate human molecular functions. These globalists are playing God with human DNA and biological processes.

Moderna was used to unleash a new system of control that physiologically imprisons people and makes them physically and as consciences dependent on the globalists and their unaccountable, never-ending experiments.

Exclusive from Gen. Flynn: 5 lessons I learned when the Deep State came after me and my family