According to bioweapons expert Francis Boyle, Russia’s accusation that Ukraine is conducting U.S.-funded bioweapons research appears to be accurate. If true, everyone involved is subject to life in prison under the Biological Weapons Anti-Terrorism Act of 1989. 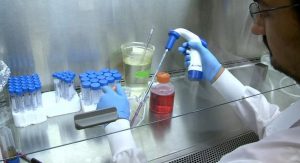 Francis Boyle, Ph.D., a Harvard educated lawyer and bioweapons expert with a Ph.D. in political science, was interviewed recently about the Bio-Labs in Ukraine, which Russia claims are engaged in U.S.-funded bioweapons research.

For decades, Boyle has advocated against the development and use of bioweapons. In fact, he was the one who called for biowarfare legislation at the Biological Weapons Convention of 1972. He then went on to draft the Biological Weapons Anti-Terrorism Act, which was passed unanimously by both houses of Congress and signed into law by then-president George Bush Sr. in May 1989.

While the U.S. has vehemently denied Russia’s accusations, Boyle says that based on what he has discovered so far, the labs in Ukraine are all conducting biological warfare research, including ethnic-specific biological weapons, at the behest of the U.S. Pentagon, just as Russian authorities are claiming.

“The Pentagon does not do missionary work,” he says. “They kill people, and that’s why they are there.” He also points out that everyone involved is subject to life in prison under the Biological Weapons Anti-Terrorism Act of 1989, which explains the mad scramble to project these labs as something other than what they are.

As noted by Shroyer, the official narrative surrounding the Ukraine biolabs has undergone multiple iterations over the past months. It began with a flat denial of there being U.S. biolabs in Ukraine.

But within days, Under Secretary of State for Political Affairs Victoria Nuland blew a hole in that denial by admitting before Congress that “biological research laboratories” in Ukraine have been funded and operated under the direction of the U.S., and that she was “very concerned” about the contents of those labs being used as bioweapons by the Russians.

Despite Nuland’s concern about the pathogens being used in warfare, the Western media have pursued to claim the labs were set up to destroy bioweapons from the Soviet era, or to “secure” old Soviet bioweapons, or that they’re diagnostic labs, “health labs,” biodefense laboratories, or that they’re used for vaccine development. The story modifies depending on who’s telling it.

Boyle doesn’t buy any of it. According to Boyle, the U.S. government and Pentagon have had a “comprehensive policy” in place for quite some time to “surround Russia with biological warfare laboratories” and “preposition biological weapons” there for use against Russia. The U.S. also has these kinds of labs in Central Asia, he says.

No such activity as ‘biodefense’

One of the recent explanations from a U.S. State Department spokesperson is that Ukraine has “biodefense” laboratories, which are “not biological weapons facilities.” The problem with making a distinction between “biodefense” and “biowarfare” is that, basically, there is none. No biodefense research is purely defensive, because to do biodefense work, you’re automatically engaged in the creation of biological weapons.

All dual use research can be used for military purposes, and often is. As explained by Boyle, the idea behind “biodefense” research is that there might be a natural pathogen out there that can cause a pandemic, or someone might release an engineered biological weapon, that we need to prepare a cure for.

But to create the cure, the vaccine, is necessary that they first create that imagined threat, be it a souped-up natural pathogen through gain-of-function or a synthetic bioweapon. So, all of this work is “offensive” in that it can be used for military purposes. No biodefense research is purely defensive, because to do biodefense work, you’re automatically engaged in the creation of biological weapons.

So, according to Boyle, the justification that the labs are for biodefense and health purposes is nothing but a façade for the fact that they’re conducting offensive biological warfare research with genetic research, gain-of-function and synthetic biology.

What drives the biowarfare industry?

When asked what the motive behind this kind of research might be, Boyle highlights two potential reasons.

First, he says, there’s a global “Nazi cult” that simply does not want to stop. They want to be able to rid the world of certain ethnic groups, hence the focus on DNA-based ethnic-specific weapons. He points out that the United States is the only country in the world that has not abided by the law to get rid of all its biological weapons.

Instead, they’ve been making more, under the guise of biodefense research. President Reagan put Dr. Anthony Fauci in charge of the U.S. biological weapons program, and he’s been at it ever since. “About 95% of this biowarfare death science has been funded by Fauci, the NIAID and the NIH, since about 1984,” Boyle says.

In previous interviews, Boyle has stated he believes SARS-CoV-2 is an engineered bioweapon, and here, he again reviews some of the reasons why. He points out that Shi Zheng-li, the famous bat coronavirus researcher at the Wuhan Institute of Virology in China, was trained at the biolab in Galveston, Texas, which is “part of U.S. biological warfare industry.”

“[Shi Zheng-li] took a synthetic biology organism from the Wuhan BSL4, brought it over to the University of North Carolina, BSL3, and then gave it gain-of-function properties under Ralph Baric, who’s an expert on this, and his team.

And, by the way, the FDA was involved in this too. Now think about that. The FDA that is approving these Frankenshots that are killing and disabling people was involved in the development of covid-19. So, they’ve got us on both sides here.

Likewise, [CDC director Rochelle] Walensky, who can’t get her story straight either, she comes from Harvard Medical School. Harvard Medical School was involved in the development of the covid-19 biological warfare weapon. Indeed, Harvard was one of the sponsoring institutions of the Wuhan BSL4.

The chair of the Harvard chemistry department, [Dr. Charles] Lieber, he was over there too, with his own lab specializing in nanotechnology. And Lieber had also worked for the Pentagon.”

The U.S. is not alone in creating dangerous biological weapons, of course. “The British are also a part of this, the French, the Israelis. We have a network and a cult of Nazi biowarfare death scientists,” Boyle says.

Is necessary that we demand accountability

In a 2021 interview, Boyle presented a roadmap for prosecuting covid crimes and putting a stop to high-risk biological research. The problem we face is we’ve come to realize that even U.S. federal government has been captured by forces that seek to destroy the U.S. from within. It’s highly unlikely American federal authorities – including federal judges – will ever seek to enforce the Biological Weapons Anti-Terrorism Act.

The good news is, by focusing on locally elected prosecutors, people can work around this dilemma. Depending on the state, they may go by titles such as district attorney, state attorney, prosecuting attorney or county attorney. In that interview, Boyle explained the plan: “My proposal is this: The American people, at a state, local community basis, have to go to our local prosecutors, that is states’ attorneys, district attorneys, county attorneys, any local prosecutor. And the last I read there were well over 400 of these in the country.

These local prosecutors are not part of the federal system. They have been empowered by the 10th Amendment to the United States Constitution. They are democratically elected by the people of their community.

Federal judges are not elected by anyone. They’re appointed by the president and once they’re on their bench with life tenure, they can only be removed by impeachment, which is almost impossible, and their salaries cannot be reduced. They’re like God Almighty up there sitting on these federal benches.

Not so with state and local prosecutors. They’re accountable to the people of the community … I think that if we can even get one out of 400 local prosecutors to convene a grand jury and return indictments for murder and conspiracy to commit murder, this whole house of cards will collapse.”

Boyle’s plan includes a two-step plan of prosecution, one aimed at those responsible for the covid pandemic, and another for the covid jabs. To stay on topic, it will only be reviewed the prosecution of the covid conspirators here.

Boyle recommends getting organized on the local level, and going around to all the local prosecutors, demanding they convene a grand jury to seek the indictment of those responsible for covid-19 for murder and conspiracy to commit murder.

Boyle has taught both criminal law and international human rights law. He also still practices criminal law, both prosecution and defense. According to Boyle, Anglo-American Common Law has a definition for “murder” that is applicable in all states of the U.S. with the exception of Louisiana, and that is “the unlawful killing of a human being with malice aforethought.” He explained:

“Let’s parse that down. The word ‘unlawful’ – all these persons I just mentioned from this contracted study … were involved in research, development, testing and stockpiling of biological warfare weapons in clear-cut violation of the Biological Weapons Anti-Terrorism Act of 1989.

It would take me three, four, five different class sessions to go through it all, but one element of malice of forethought is reckless endangerment of human beings and, clearly, they knew. If you read the contracts and the studies, they knew … that this gain-of-function work was existentially dangerous and they did it anyway.

Clearly that constitutes ‘reckless endangerment of human beings,’ ‘malice aforethought.’ So, you have all the elements there for murder, and then ‘conspiracy to commit murder.’ In common law, ‘conspiracy’ is two [or more] people getting together to agree to do an unlawful act – such as the violation of my statute – or a lawful act by illegal means.

So, I think we have all these people at least for murder and conspiracy to commit murder, and my advice is that if you have lost a loved one or a friend living in the territorial jurisdiction of any of these local prosecutors, they would have jurisdiction to convene a grand jury and seek indictments for murder and conspiracy to commit murder against all of these people.”

But how do we begin to identify the culprits? Boyle suggests starting the indictment list with the 15 co-authors of the 2015 paper, “SARS-Like Cluster of Circulating Bat Coronavirus Pose Threat for Human Emergence,” and those who funded it.

These include former NIH director Dr. Francis Collins, Fauci, Peter Daszak (president of EcoHealth Alliance), CDC director Dr. Rochelle Walensky, Ralph Baric, Ph.D., and several other named researchers at the University of North Carolina. According to Boyle, that paper is “the smoking gun on who is behind covid-19.”

To aid you in these efforts, Boyle recommends reading Australian journalist Sharri Markson’s book, “What Really Happened in Wuhan?” “I think she’s got it all there,” Boyle told. “She has a valid summary of all the evidence that has been compiled so far, involving all these persons.”

Another excellent book is Robert Kennedy Jr.’s book, “The Real Anthony Fauci.” There’s also a September 2020 House Minority Intelligence Committee report that reviews the evidence available at the time on the origins of covid-19 (“The Origins of the covid-19 Global Pandemic, Including the Roles of the Chinese Communist Party and the World Health Organization”).