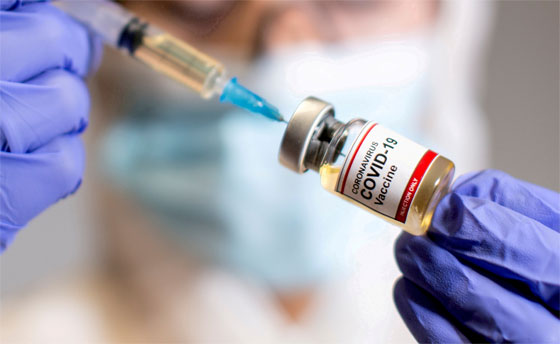 The German Corona Extra-Parliamentary Inquiry Committee was launched by Dr. Reiner Fuellmich on July 10, 2020. Germany does not permit class-actions so the process is being prepared differently there. The committee is also working on the creation of legal guidelines and data caches that attorneys around the world will be able to use to file their own lawsuits.

Below are some excerpts from Hearing No. 37 (interview) of the German Corona Extra-Parliamentary Inquiry Committee with Dr. Vanessa Schmidt-Krueger.

“…the BioNTech vaccine that is currently already being used is not highly purified, it contains contaminants of certain components.”

“They didn’t conduct any critical scrutiny at all, there are lots of side effects that were not discussed at all in public, they also didn’t critically scrutinise what consequences it will have to inject this into people, particularly vulnerable groups who already have certain organ-related complaints, who are especially susceptible to these adverse effects.”

“… they have had to switch to lower-cost processes, e.g. using huge quantities of DNA that functions as the substrate to be able to produce the RNA in an in-vitro transcription reaction. This is done via bacteria, via the fermentation of transformed bacteria that contain this DNA. The bacteria multiply the DNA in huge amounts, and this leads to new dangers or risks, particularly contamination.”

“… needs to now develop and introduce various analysis processes to ensure that the substrate is free of microbiological contaminants – they probably mean E. Coli bacteria for example. There don’t seem to be any processes to ensure or monitor for that.”

“… if this DNA is not digested well enough, if residues are left, this harbours risks…”

“… BioNTech has admitted that there are DNA contaminants.”

“… they have no idea whether the vaccine is still viable after transportation.”

“… they don’t have any proper standard for the various batches.”

“… the integrity of the RNA means of course the RNA quality. They have found that this is not very high…”

“… now they have found new batches with only 55% RNA integrity, i.e., half of it is basically unviable.”

“… the lipid nanoparticles get into all cells, not just the muscle cells – it is an error to believe the latter.”

“… linearised DNA is optimal for integration… That is the risk. I didn’t really want to get into what can happen if this is the case: genes can be switched on and off, upregulated and downregulated, cancer can develop – there are a lot more possibilities.”

One of the many bombshells in this interview:

“This integration: where it occurs is the nuclear genome – we can’t control that, it can occur anywhere. There are sections in the DNA that are vulnerable to it, and others that are not so vulnerable. And it is important where the DNA lands. It may land on a gene: then the gene will become dysfunctional, the protein will no longer be formed, and if it is an important protein, the cell may die, and if this continues to replicate, this can cause really massive damage. If for example it lands in an important cell that divides frequently, then clones can arise that are modified, they are gene modified, and in that case in these cloned cells these proteins are no longer produced and then, in the worst case, there is a loss of function. If it leaps into genes that have a regulatory effect on gene expression, then the genes may be switched on or downregulated, i.e., the output will differ. And this means the metabolism of the cell will alter. If this is passed on in replication, then many aspects may alter in the body.”