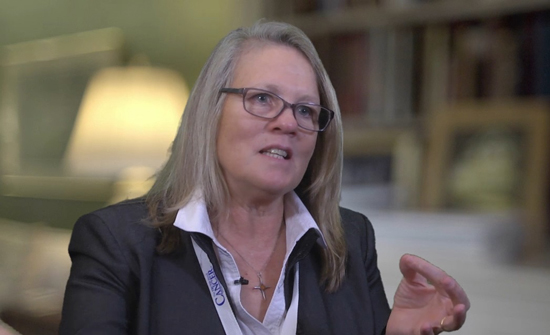 Shocking Interview with Dr. Judy Mikovits, PhD on Vaccines, Autism, Chronic Illness and The Billion Dollar Corruption That Surrounds It All is the most shocking and damning interview we have watched regarding vaccine injury. It can be found here.

Dr Judy Mikovits is a biochemist, cellular and molecular biologist with over 30 years of scientific expertise. She has directed programs on HIV, cancer, epigenetics, and neuroimmune disease, with a focus on development of novel drug and diagnostic technologies. She is the author of an award winning book called Plague.
Dr. Mikovits holds a PhD in Biochemistry and Molecular Biology from George Washington University. Her dissertation was on HIV latency and mechanisms of immune activation in monocytes. Dr. Mikovits was a Postdoctoral Scholar in Molecular Virology at the Laboratory of Genomic Diversity, National Cancer Institute under Dr. David Derse.

Over the past 26 years, she has published 51 scientific papers in peer-reviewed journals, and worked as a government scientist for many years developing viruses and vaccinations. In 2011, when she made a horrifying discovery that was contaminating all vaccinations, she presented her data to government officials and was threatened and told to destroy all her data.
Then she was jailed, her career systematically destroyed, and a gag order put in place for 4 years threatening that if she spoke out she would be thrown back in jail. After that gag order was lifted, she dumped the government right in it!

She speaks in the interview with Candyce Estave about how autism is associated with vaccines, also cancers, chronic fatigue syndrome, Alzheimer’s, auto immune diseases, allergies and more.
Notice at minute 6:20 as she says: “The brain and immune system are linked at birth”.
She discusses how the cocktail of vaccinations pumped into babies mutate to develop months and years down the track into new viruses, cancers and diseases, some they don’t even know about yet.
She further explains how the viruses injected through vaccines tear open our DNA and insert their own DNA to mutate our genetic makeup and be passed on generation after generation.

Here is some of the research she has studied and references in the interview:

In early 2013, Dr. Robert Naviaux, a Professor of Genetics and co-director of the Mitochondrial and Metabolomic Disease Center at the University of California, San Diego, as well as the recipient of an Autism Speaks International Trailblazer award reported some of the most exciting autism news in years. In an article published in Science Daily on March 13, 2013, Naviaux explained: “When cells are exposed to classical forms of danger, such as a virus, infection, or toxic environmental substance, a defense mechanism is activated. This results in changes to metabolism and gene expression, and reduces the communication between neighboring cells. Simply put, when cells stop talking to each other, children stop talking.” In PLOS One Naviaux and his team reported that administration of an old drug, suramin, (traditionally used to treat the parasite which causes African sleeping sickness) restored cell to cell communication in a mouse model of autism, raising hopes that a similar result might be obtained in humans.

2. War and Peace between Microbes: HIV-1 Interactions with Coinfecting Viruses

This 2009 article from the Journal Cell Host and Microbe explains how a retrovirus can disrupt the equilibrium between a host and its microbes, resulting in a reactivation of persistent viruses, or invasion by new viruses, as well as resulting in either immuno-deficiency or immuno-activation.

3. Generation of Multiple Replication-Competent Retroviruses through Recombination between PreXMRV-1 and PreXMRV-2

This research from Dr. John Coffin and Dr. Vinay Pathak showed that replication competent murine leukemia retroviruses can be produced in a relatively short period of time. From their abstract: “To determine their potential to generate RCRs (author’s note – replication-competent retroviruses), we transfected PreXMRV-1 and PreXMRV-2 into 293T cells and used the virus produced to infect fresh cells; the presence of reverse transcriptase activity at 10 days indicated the presence of RCRs.”


This chilling research from the well-regarded Dr. Adi Gazdar suggests that the murine leukemia retroviruses may have the potential to become airborne. In their conclusion the Gazdar team warned: “Laboratories working with xenograft-derived human cultures should be aware of the risk of contamination with potentially bio-hazardous human-tropic mouse viruses and their spread to other cultures.”


The cytokine signature paper was published in 2010 and first presented in CFS patients at IiME in London in 2008. This research by Plague co-author, Dr. Judy A. Mikovits, was the first to identify a signature of 10 cytokines and chemokines which would correctly identify XMRV/CFS patients with a 93% specificity and 96% sensitivity.


This 2013 research by Dr. Gary Owens of the University of Virginia provides evidence that envelope proteins on the surface of murine leukemia viruses can affect cancer progression. The article states: “The studies described herein address these questions, and show that at least one other XMRV-like virus exists, and that the virus evolved the ability to infect human cells and to express gene products that impact tumor pathogenesis.” Dr. Mikovits will never forget how even at the XMRV Conference held at the Cleveland Clinic in November of 2009, Dr. Owens was asserting that more than one type of xenotropic murine leukemia virus might exist, as is the case with other known human retroviruses. Dr. Mikovits will also always remember the kindness with which Dr. Owens invited her to a series of lectures timed to coincide with the 30th anniversary of her graduation from the University of Virginia. 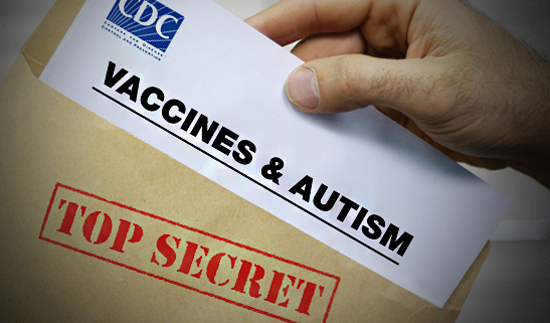 
This work from Dr. Ian Lipkin and Dr. Mady Hornig was the first to demonstrate that auto-immune sensitive mice had a decreased ability to handle the hazard posed by mercurials used in common childhood vaccines and developed behaviors reminiscent of autism. PLAGUE co-author, Kent Heckenlively would like to express his appreciation for Dr. Ian Lipkin’s kind invitation to attend a cocktail reception on September 19, 2013 at the SoHo Grand Hotel in Manhattan, honoring the work of Columbia University in chronic fatigue syndrome/ME and autism. At the event Kent especially enjoyed a series of delightful conversations with the brilliant, brave, and engaging Dr. Mady Hornig about her research.

This research from Emory University showed that murine leukemia viruses tend to disappear quickly from the blood, settling in specific organs, but can easily be reactivated by immune stimulation.

9. The Rise in Autism and the Role of Age at Diagnosis

This 2009 article from the journal Epidemiology by Dr. Irva Hertz-Picciotto of the MIND Institute of the University of California, Davis tracked autism cases identified in California from 1990-2006. Picciotto and her team found that the rate of autism increased from a rate of approximately 1 in every 1,600 births in 1991 to a rate of approximately 1 in every 235 births in 2001 and the increase showed no signs of slowing. In April of 2013 the CDC reported that the estimated rate of autism is now 1 in every 50 births. In an article published in Scientific American on January 9, 2009, Dr. Hertz-Picciotto noted that while several studies had suggested the increase in autism was due to increasing chemical exposures, “In addition, fetuses and infants might be exposed to a fairly new infectious microbe, such as a virus or bacterium, that could be altering the immune system or brain structure.”

This presentation from Dr. Judy A. Mikovits at the Mount Sinai Conference in November of 2013 details the very latest findings on the exotic biology of the murine leukemia retroviruses and the role they may play in many human diseases.


This research from the University of California, Berkeley, and the Food and Drug Administration (as well as a very significant assist from Dr. Crystal Jaing of the Lawrence-Livermore National Laboratories) shows the best practices for viral detection and some unsuspected dangers.

From the conclusions section: “In addition to the LOD studies, we used the new virus detection methods to analyze some vaccine-related cell substrates for the presence of novel viruses. Total nucleic acids were used for the detection of both DNA and RNA viruses. Analysis of cell lines by PLEX-ID and virus microarrays indicated the presence of various retrovirus-related sequences. However, the origin of these sequences could be attributed to the presence of cellular DNA containing endogenous retroviral sequences or viral transcripts that may be expressed constitutively from some endogenous retroviral DNAs (proviruses). However, this situation is applicable to all nucleic acid-based assays that can detect retroviruses. To assess the origin and nature of the retroviral sequences a follow up strategy using PCR, sequencing, and bioinformatics was developed. The analysis revealed that the unexpected RD114 sequences detected by PLEX-ID in canine cell lines were associated with endogenous gammaretroviruses. Our analysis showed that different viruses were detected by using different technologies. These results emphasize the need to use a combination strategy for virus detection in evaluating the safety of biologicals or screening patient samples.”

This research strongly supports a combination strategy to detect novel viruses in biological products like the cell substrates used in vaccines as well as when investigating suspect disease populations who may be suffering from some type of viral infection.


This article published in February of 2014 in the journal of the American Society of Microbiology addresses the question of how to prevent both laboratory contamination by XMRV as well as prevent the infection of lab workers. The article describes XMRV as a lab creation which is capable of “infecting human cells and integrating its genome into that of the host. Therefore, XMRV virions and XMRV-infected cells are considered as biosafety level 2 organisms.”

13. Origins of the Endogenous and Infectious Laboratory Mouse Gammaretroviruses


Successful interspecies transmissions can produce disease in new hosts that are unprepared to resist unfamiliar and potentially pathogenic agents. Xenotropic MuLVs (X-MuLVs) were later isolated by Levy and Pincus from the NZB mouse strain, and were termed “xenotropic” because they could infect cells of multiple species, such as human, rabbit and cat, but were unable to infect cells of the mice from which they were isolated. While these early observations suggested that P-MuLVs have the broadest host range of the MuLV subgroups, more recent studies have shown that X-MuLVs can actually infect more mammalian species than P-MuLVs, and that X-MuLVs but not P-MuLVs are capable of infecting all wild mouse taxa.

SPYGATE: The Reign of the Psychopaths is Over