In 1993, Dr. Gaylord Hurst and Dr. Robert Marsh filed a report with the Department of Justice National Criminal Justice Reference Service (NCJRS) documenting and explaining the important issue of satanic cults in the United States. The principles applied by Hurst and Marsh in their examination are even more relevant now in this Internet Age, as the delivery methods are more efficient and the drugs and narcotics used are more prevalent. 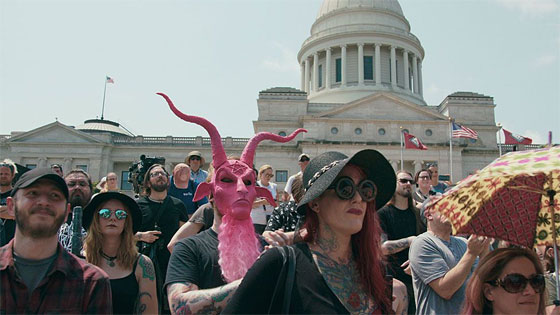 Also applicable are the principles of ponerology described by Dr. Andrew Łobaczewski and others in their analysis of psychopaths who have infiltrated powerful public and private institutions. Political psychologist Dr. Andrew M. Lobaczewski wrote a masterpiece on psychopathy and pathocracy, which he melded into the term “Political ponerology.” Derived from “poneros” in New Testament Greek, the word “ponerology” suggests an inborn evil with a corrupting influence, a fitting description of psychopathy and its social effects. Dr. Andrew Łobaczewski describes political ponerology as science of the nature of evil adjusted for political purposes. It have been used the terms “kakistocracy” and “Crime Syndicate” to express the same essential concept. A new term has recently emerged to define the end product: “Clown World”. The Clown World is the manifestation of an occultic-ponerological world.

NCJRS suggests that, in terms of crimes, the investigator tends to forget the offense was committed by an abnormal person influenced by many strange and complex motivations. In many instances, “strange” and “unusual” symbols are left at a crime scene or transmitted through various writings that the investigator may discount as non-essential and immaterial to the case at hand. Of course, if law enforcement and media is to some degree captured, as Winter Watch suggests, this makes revelations all the more difficult to pursue.

The authors attempt to define the “Destructive Cult” (DC). In the writings on this topic, many authors have centered around the idea of lead psychopaths who run herd over other lesser psychopaths or flying monkeys. The psychopathic DC uses psychological manipulation to impair, destroy or make captive an person’s freedom of thought or reasoning abilities.

This is done with the hidden purpose of promoting the wealth, power or vanity of the ponerology/kakistocracy cult leaders. It is also a process of enslavement. This now applies to the DC’s close followers and to the broader, unaware public at large, who end up falling under DC spells.

In looking over the list, there are a couple that stand out. One ploy is making it “all about da love.” This is called “love bombing,” or creating a sense of family and belonging contrived through hugging, kissing, touching and flattery.

Also consider from the literature (Łobaczewski and others) that serious and active psychopaths that are at the top of parasitic dung heap (“they”) make up 6% of the population. “They” are not passive. They create chaos and dirt storms.

Persons who lack acceptance or good nurturing in their lives are the most vulnerable to DC. The Clown World DCs looks to ensnare submissives, the uninformed, the very young, the emotionally crippled, or those who fail to comprehend the concept of evil.

Interpersonal bonds are then established by other cult members. Conversion takes place not because of the appeal of its ideology but because of the acceptance of the opinions of one’s new “friends.” This is very much what David Berkowitz described much later in life.

– Teaching cognitive contusion: Opposites are constantly reconciled in cult behavior and training (be obedient/rebel, sex without pain is not pleasure, love and hate are the same, black is white, ugly is pretty, left is right). Children learn that none of society’s concepts are stable and often represent their opposite.

– Finger pointing: False sense of righteousness created by pointing to the shortcomings of the outside world. 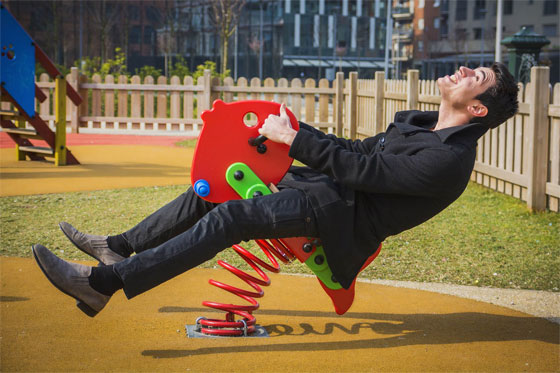 – Guilt: Teachings of eternal salvation reinforced by exaggerating sins of the former lifestyle.

– Fear: Loyalty and obedience to group maintained by threatening soul, life or limb for the slightest “negative” thought, word or deed.

– Peer group pressure: Suppression of doubt and resistance to new ideas achieved by exploiting the natural need to belong.

– Isolation: Brings on loss of reality induced by physical separation from society and rational references.

– Need for direction: When playing games with obscure rules, it increases dependence on the group.

– No questions: Automatic acceptance of beliefs accomplished by discouraging questions.

Initiation of a DC member

As a reminder, this information is from the U.S. Department of Justice document, not from a writer’s thinking or imagination.

– Psychiatric abuse: Children are often routinely taken to an actual psychotherapist (cult member infestation) or a person posing as one. Routine “psychotherapeutic behaviors” are associated with pain and fear, thus effectively sabotaging legitimate therapy for the survivor in the future. Some survivors also report being locked up and restrained in “psychiatric hospitals.”

– Brainwashing: Often, in conjunction with drugs, is sophisticated hypnosis that involves the associative pairing of induced pain/terror + the cult message + the trigger cue(s). Trigger cues are planted in the subconscious and are too numerous to list. They are later utilized by the cult to control the survivor without his or her conscious awareness (visual symbols on greeting cards, flower colors and arrangements, common hand gestures, verbal phrases, body postures, facial movements). Brainwashing is an integral part of ritual abuse and cult indoctrination, and also serves to create amnesia for cult information such as names, places etc.

– Confinement/isolation in small places: Often with sensory deprivation: blackhole/pit, cage, coffin or grave. Often the container is filled with bones or a body (animal or human), snakes, spiders etc. Children are told that worms will eat their brains out. Often they are left for days in absolute filth.

– Varied emotional abuse: Targeted at destroying child’s self-esteem and self-confidence. Standard caring societal massages (“I love you, you’re special”) are linked with torture and abandonment. A child is ordered to complete a paradoxical or impossible task, then is tortured for not following orders or is blamed for the torture or murder of another child. Children are told they are worthless, dirty, stupid, ugly, evil and are lucky the cult will keep them.

– Religious/spiritual abuse: Often in real or staged in Christian churches, always targeted against any future acceptance of Christianity (even though many cult families masquerade as active Christians), always emphasizing control of child by Satan and his demons. Children are reaped with symbolic Christian objects and are told that Jesus approved and believes they are bad. This form of spiritual abuse is what serial killer Israel Keyes experienced growing up. Keyes was a fan of the discordian band “Insane Clown Posse.” These trauma based abuses are the centerpiece of Crime Syndicate psyops played on the wider population.

– Physical deprivation: Chronic disruption of sleep, starvation, excessive exposure to heat or cold. This breaks down resistance and increases susceptibility to brainwashing.

– Forced participation in abuse/murder: For children, this may be real or staged (the victim was already dead, or child’s participation was suggested under hypnosis). Child is then labeled a murderer, unlovable, a criminal who will be locked up by the police, crazy and awaiting psychiatric lock up. Ultimately, many of the children will be programmed to murder for the cult on cue.