There is confirmation from multiple sources that the newly-leaked database of Chinese Communist Party (CCP) loyalists includes the names and details of 123 persons who have successfully infiltrated the vaccine industry, attaining employment at vaccine giants Pfizer, AstraZeneca and GlaxoSmithKline – corporations that are manufacturing coronavirus vaccines for U.S. civilian and military use. 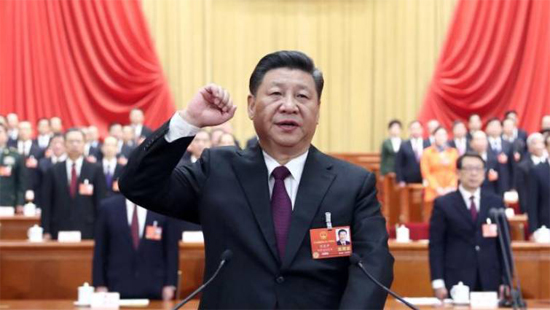 The Epoch Times, which has strong ties to Chinese dissidents who are able to confirm such information, reports: “The Inter-Parliamentary Alliance on China (IPAC), a global coalition of lawmakers, obtained the database from an unidentified Chinese dissident, then shared the material with four media organizations, according to a Dec. 12 report by British newspaper The Mail on Dec. 13, which obtained the list and reviewed it.

Members of the CCP, “swear oath to ‘guard Party secrets, be loyal to the Party, work hard, fight for communism throughout my life… and never betray the Party’” reports the UK Daily Mail.

CCP loyalists routinely steal corporate secrets and compromise the security and integrity of corporations that might compete against Chinese interests. Also according to the UK Daily Mail, “there were more than 600 party members across 19 branches working at the British banks HSBC and Standard Chartered in 2016.”

The CCP created the coronavirus bioweapon, and we believe that the CCP used its spies to infiltrate and compromise vaccine manufacturers in order to turn coronavirus vaccines into “second wave” bioweapons that will injure or kill very large numbers of people who take the vaccines.

This also means that individuals who are pushing vaccine mandates are playing right into the hands of communist China – which has sworn to destroy the United States of America through “unrestricted warfare” – and are themselves engaged in acts of criminal treason against the United States.

How many CCP loyalists work in Big Tech?

So far, only 8,192 names have been publicly released of the nearly 2 million CCP loyalists whose names are on the full list. It is not yet known how many CCP loyalists are working with the tech giants such as Google, Facebook, YouTube and Twitter. However, Facebook deliberately hired communist Chinese software experts to design its “hate speech engineering” algorithm that censors U.S. patriots and citizens who defend the Constitution.

In other words, Big Tech deliberately recruits communist Chinese to build more advanced censorship algorithms to censor Americans, and then Big Tech deploys these algorithms to bury all evidence of election theft that was also carried out via China-owned Dominion Voting Systems. What is described is a massive, international criminal conspiracy against the United States of America. This is why all the CEOs of Big Tech will face arrest, prosecution and public executions if found guilty of treason.

From the UK Daily Mail: “Writing in The Mail on Sunday today, former Tory Party leader Iain Duncan Smith says: ‘This investigation proves that members of the Chinese Communist Party are now spread around the globe, with members working for some of the world’s most important multinational corporations, academic institutions and our own diplomatic services’.” 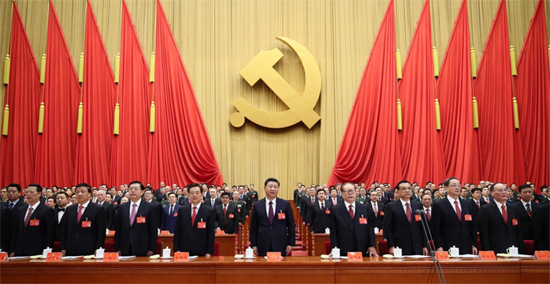 Don’t forget, either, that Joe Biden held priority meetings with the very same vaccine makers who have been infiltrated by the CCP. What do you suppose they discussed?

Suddenly Operation Warp Speed makes even more sense. US Army Gen. Perna and former Defense Secretary Mark Esper chose China-connected vaccine companies to supply millions of vaccine doses that would be administered to harm U.S. military personnel. As it was previously covered in daily Situation Update podcasts, one of the groups being targeted for these priority vaccines is cyber warfare soldiers.

Gen. Perna has publicly declared that vaccines will be rolled out across the military as a “Vaccine D-Day,” further claiming the vaccines will be “the beginning of the end” for America. This makes perfect sense when you consider how these black hat operators in the DoD were aligned with China and have been exploited to distribute a dangerous, even deadly vaccines manufactured by corporations with ties to communist China. Just to be mentioned, the DoD is split. There are anti-America, pro-China “black hat” forces inside the DoD, but also pro-America, pro-Trump “white hat” forces.

China has long had a goal of the complete destruction of the United States of America, and the CCP can’t accomplish that goal unless they can first cause widespread casualties and deaths among military personnel, after which a land invasion via Canada will be much easier to accomplish.

China has a grand plan to destroy the United States, invade North America and conquer the continent through the mass extermination of all who oppose them. Thus, China’s infiltration of the vaccine manufacturers was necessary to cause mass casualties across US troops, while Canada’s prime minister would allow China to use Canada as an invasion staging area to threaten the United States from the North.

Also China’s Communist Party (CCP) implemented a multidimensional strategy in the Caribbean, reaping economic, political and potentially military gains a few miles offshore the United States. The seaport expansion project in the already commercially important port at Kingston, Jamaica, as well as the port at Freeport, Bahamas, reveal China’s new base of operations 90 miles south off the US coast. China’s ultimate objective of its Caribbean strategy may well be to confront the US, not only with its presence near the mainland US, but also with a situation analogous to America’s military presence in the region of the South China Sea. There, China created new islands in the sea, pledged not to militarize them, then went and militarized them.

With Big Tech and Big Media also completely controlled by communist China, no American would be allowed to speak about the invasion taking place, and those who posted videos or photos of the wartime invasions would, of course, be blacklisted and deplatformed.

China-controlled Democrat governors have taken millions of Americans prisoner, turning them into POWs in their own homes, via weaponized covid-19 lockdowns that make no scientific or medical sense whatsoever.

The truth is now obvious: China planned a multi-faceted assault on America using rigged voting machines, toxic vaccines, land invasion plans and corporate infiltration, all while controlling tech and media in order to completely overthrow the United States of America and claim North America for the CCP.

The study the CDC refused to do: vaccinated vs. unvaccinated