“When it comes to spreading ‘fake facts,’ the traditional media can be even more effective than the social media that is usually blamed” – Patrick Cockburn 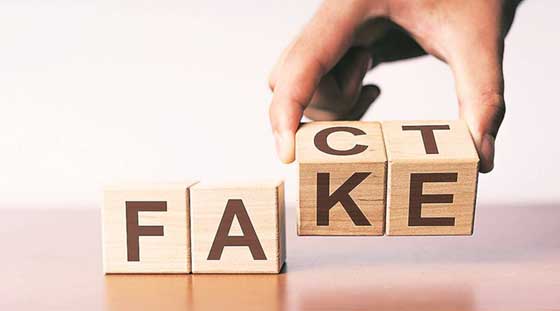 This article, even if it dwells on a past event, reveals how corporate media (MSM) bring to people amodified view on real events. And this is a habit.

Concerning the Capitol “insurrection” news outlets that maintained some semblance of credibility started to take notice that their counterparts utterly failed, seemingly deliberately, to get anything right.

The Independent (United Kingdom) published a piece chastising mainstream coverage of the Capitol “siege” for not only lying about what actually occurred, but also inciting more hatred, fear division, and ultimately, violence between Americans.

Writer Patrick Cockburn said the corporate media’s coverage of the events that supposedly took place that day “has come to resemble war propaganda.” He added that regardless of the facts, the goal was to demonize the enemy, which in this case were all Trump supporters.

The world was being told that there was all this death and destruction taking place within the Capitol at the hands of the “Trump mob,” when the reality was that almost all of the victims were people there to support Trump. Only one person who did not necessarily support Trump, a Capitol police officer, died during the melee, and the details of his death had been ever-changing.

The New York Times claimed that “insiders” who had to remain anonymous, of course, confirmed that officer Brian Sicknick died after being struck by a Trump supporter with a fire extinguisher. The Times later quietly admitted that this was not the case.

It was unknown why Sicknick died, it turned out, as text messages he sent after the “invasion” suggested that he had incurred no injuries, and certainly did not die, nor was he rushed to the hospital as the Times claimed.

The damage had been done, though, as people who watched or read mainstream “news” believed that Trump supporters murdered all these people in the Capitol because they were upset about Trump “losing” the election. “By becoming partisan instruments for spreading fake news, the media undermines its own credibility,” says Cockburn.

No matter what actually occurred, the mainstream media and globalist entities were pushing the narrative that Americans need another Patriot Act 2.0 to stop “insurrectionists” from ever again rising up and going into government buildings unannounced.

“A problem with a giant news story like the Capitol invasion is that at first it is over-covered before we know the full facts, and then it is under-covered when those facts begin to emerge,” Cockburn writes.

He further noted that many of the details that were provided were patently false, including the claim that a “Trump supporter” was carrying around zip ties in order to tie up members of Congress. As it turns out, the zip ties were laying on a table and someone took them to prevent police officers from using them against “protesters.”

“It is significant because it is part of a decline in media reporting everywhere, but particularly in the U.S.,” Cockburn contended about the media’s failure to report accurately.

At the end of the day, “journalism” had become little more than a feeding frenzy whereby the ratings whores were willing to report anything, whether true or false, to keep its audience engaged. Even on-the-ground reporters “have turned themselves into talking heads, willing to waffle on endlessly to meet the needs of 24/7 newscasts,” Cockburn contended.

“As a news event, the Capitol invasion showed that when it comes to spreading ‘fake facts,’ the traditional media can be even more effective than the social media that is usually blamed.”