A major lawsuit has been filed against the PM of Denmark for strict COVID-19 restrictions and for killing almost 17 million minks. According to the lawsuit, authorities did not recommend a major shutdown, as the PM Mette Frederiksen claimed. It was herself and Barbara Bertelsen, the Prime Minister’s Head of Department, who would send alarm emails with attached articles from the media to the heads of department, creating the panic. 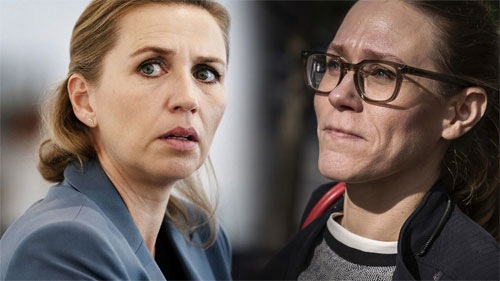 The Danish Prime Minister Mette Frederiksen has been accused by its citizens and advisory for strict COVID-19 restrictions which led to the killing of millions of minks related to the coronavirus mutation.

The strict lockdown measure which was implemented was also very unconstitutional and now she is under scanner for such tyrannical measures undertaken by her.

The harsh measures of the Epidemic Act for killing all the minks in Denmark with no authorization from authorities for lockdowns and also the unconstitutional corona restrictions has led the Danish Prime Minister under severe crucial litigation.

At the request of the Ministry of Health and the Elderly, the advisory of the Joint Council of Freedom Movement submitted a response to the Epidemic Act stating that the Danish population has been led astray by the Minister of Health.

At the same time the Ministry of Health has removed the word “Coercion” from the new bill and convened a consultation response with the help of the Empowerment Act of March 2020, and implemented a second law containing all the “necessary” provisions on coercion; namely BEK 36, which entered into force on 15 January this year.

The Advisory concluded that this was an expression of boundless infidelity. In their opinion, this new law is contrary to the Constitution, the ECHR and several other conventions.

The advisory further reinstated that such actions have created an insurmountable gap in the population between those who want to live in a state governed by law, and those who, by different, mainly unknown causes want to leave the path of democracy and human rights.

The government decided in November that all minks in Denmark should be killed. This was supposedly done to prevent the mutated coronavirus, which spread from minks to humans, from inhibiting the effect of a vaccine. The decision to kill all minks, about 17 million, was announced by Mette Frederiksen at a press conference. Subsequently, it turned out that there was no legal authority to demand that all minks in Denmark be killed.

As per the lawsuit the Danish Prime Minister Mette Frederiksen lied to the population and Parliament when stating that authorities had recommended lockdown which has misled everyone.

Authorities did not recommend a major shutdown, as she claimed. It was herself and Barbara Bertelsen, the Prime Minister’s Head of Department, who would send alarm emails with attached articles from the media to the heads of department, creating the panic.

Mette Frederiksen was earlier repeatedly saying that it was the ‘board group of authorities’ who recommended the closure of Denmark on 11th March 2020 which was misleading as per the lawsuit.

A lawsuit (read below) against the Prime Minister by the Organization for Information about Corona (OOC) was filed in the city court in Copenhagen. A combined constitutional case was submitted on January 29th, 2021 where German immunologist Professor Dr. Sucharit Bhakdi and Dr Soren Ventegodt presented a report on coronavirus pandemic which states that there is no corona pandemic at all since the PCR test results are incorrect.

It was only recently that the WHO changed its PCR test ctiteria to cover-up false positives and cautioned experts not to rely solely on the results of a PCR test to detect the coronavirus.

Last year, a Portuguese appeals court had ruled that PCR tests are unreliable and that it is unlawful to quarantine people based solely on a PCR test.

As GreatGameIndia reported earlier, the standard coronavirus tests threw up a huge number of positive cases daily. These tests are done based on faulty WHO protocols which are designed to include false positives cases as well.

This fact about false positives of PCR tests was first noted in public by Dr. Beda M. Stadler, a Swiss biologist, emeritus professor, and former director of the Institute of Immunology at the University of Bern.
Earlier, the WHO’s testing protocol was even questioned by Finland’s national health authority. WHO had called on countries to test “as many patients as possible” for coronavirus.
A German court in a landmark ruling has declared that COVID-19 lockdowns imposed by the government are unconstitutional. Thuringia’s spring lockdown was a “catastrophically wrong political decision with dramatic consequences for almost all areas of people’s lives,” the court said, justifying its decision.
Earlier, an American federal judge ruled coronavirus restrictions in Pennsylvania as unconstitutional.
Even the Belgian health experts have demanded an investigation into the WHO for faking a pandemic.
In the past in 2010, the WHO was caught faking a pandemic and was forced to admit that its methodology of measuring the virality or the spread of the disease, instead of its severity was incorrect.
0 2,139
Share FacebookTwitterGoogle+WhatsAppEmailFacebook MessengerTelegramViber

Breaking the Covid Trance: How the (Irish) people were psychologically manipulated (II)