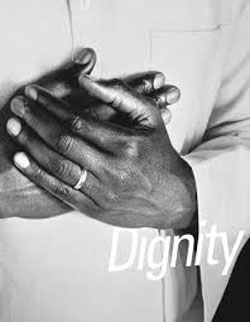 Is it possible that some of you will be asking the question: “What do I have to do to be and remain a respected human being?” The answer to such a question is clear and simple: “This implies that we always have to fully manifest dignity”.

Beyond appearances, dignity is the respect, the consideration that a human being deserves. The principle of dignity allows us to take into account the value of human beings and implies how to treat them and how not to treat them. In the case of a human being, to treat it with dignity means treating it in a purely human manner or otherwise, this requires us to treat it as a human being, no more, no less, as an object or as an animal. It should not be understood by this that an animal can be treated in an unworthy way, but is abnormally to treat an animal just like a human being. Thus, dignity takes into account the fact that the humanity of the human being is not only a fact which is included in its organic structure, because it also has to wake up, energize and structure itself. It is worth to mention here the famous thought of Erasmus, who in one of his writings says: “With rare exceptions, the human being is not born as a man but it becomes one”.

All human beings, without any exception must be treated with dignity, whether they are sick or they are in agony, whether they are criminals or terrorists. Montaigne said: “Every human being contains within itself the entire form of the human condition.” With this in mind we can say that with every human being, humanity as a whole is likely to be affected and therefore this way it can be affected everyone else. Conversely, the representation of our own humanity is linked to humanity of all others. Treating unworthily a certain class of human beings, especially due to their physical or mental deficiencies means that actually we attack the human dignity in general. No one can ever give up to human dignity. In other words, dignity is and remains a respect that each of us we owe it first to ourselves. 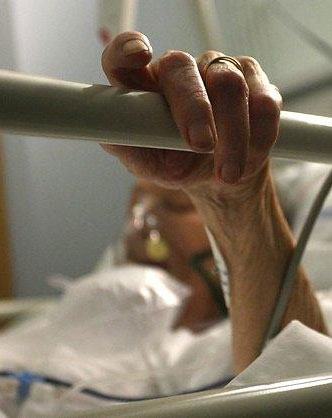 It is also important to note that sadism is not a human right. Freedom of the human being is the essence of its dignity, but it is not sufficient because, as we know, in some cases freedom manifests itself as the freedom of those who are deprived of humanity.

Between dignity and respect there is a certain connection. Generally speaking, respect is a feeling or attitude which recognizes the dignity of the other. Philosopher Protagoras considered respect together with justice as one of the two ordering principles of human life, which have been given to the human beings by the god Hermes as a gift from Zeus. In “Ethics”, the work of the philosopher Kant, respect has a central place. In his opinion, respect is a feeling of private nature; is the only one rooted in reason, in conscience and as such is a form of moral sentiment.

Respect is a specific sentiment that appears in the consciousness that obey the moral law. Is not founding this law, but merely to act as mobile designed to make this law the maximum of our behavior. Respect is never inspired by principles, but only by human beings in the physical world. Some thinkers do not consider self-esteem as an individual moral duty, but they consider it as “a primary good”, a good that virtually every human being can integrate as a sui generis object of rational desire. The self-esteem include a sense of self worth, the intimate conviction that actually the conception about good, its own life project are worthy of being put into practice. In some cases it is associated with the belief in the ability to realize their intentions as far as it lies in the power of human beings to achieve that. 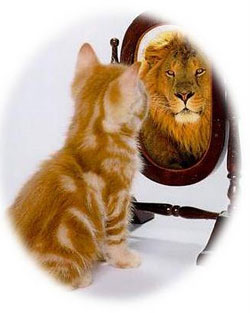 Self-respect is not the equivalent to self-love or of the fact of being interested. Neither is self-esteem. Having self-esteem is generally understood as having an excellent opinion on its own merits, such as, for example, on their own skills, their own achievements or a good character, even admirable. Having self-respect is, on the contrary, often interpreted as a provision that implies to recognize and properly react to our own statute. [This concludes the definition of word dignity.]

A sense of dignity involves introspection and makes possible the discovery of an ineffable value. The appearance in the inner universe of the human being of a pregnant and constant state of dignity helps to promptly avoid committing evil acts precisely due to self-respect. Awakening and enhancing a state of self-respect helps us avoiding intentionally hurting ourselves even to the slightest. Awakening the self-respect underlies straining to perform no matter what evil and adverse actions. A conscious feeling and manifestation of a state of dignity underlines a process of occult resonance that occurs in the human universe due to tapping into a specific, endless power area that exists in the Macrocosm and which is instantly accessible as soon as the human being acts and thinks so as to cause in its inner universe a process of occult resonance with this specific energy.

The subtle elevated energy of human dignity thus provides an intrinsic value that is manifested in and through that human being as such, independent of its physical characteristics and its social position. A dignified human being emanates through its subtle force field the energy specific to dignity. When dignity is fully awakened in a human being, this gives a mysterious moral authority. In such cases, the subtle mysterious energy of dignity manifested in and through its being leads to as it should always be treated as an end in itself, and it implicitly excludes the other human beings who have awakened to some extent the state of dignity to treat that human being only as a means. 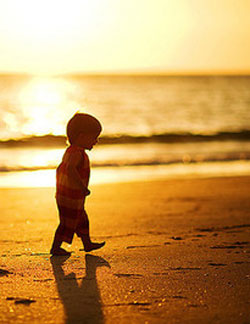 Careful and relentless observation of this reality actually generates some subtle force field around the human being that has awakened its dignity and this generates in the vast majority of human beings a spontaneous state of respect. In a psychic sense, dignity highlights a specific state of consciousness that a human being has in regard to its own value, as it was being made in the image and likeness of God and within which is continually present the tiny spark of the essence of God the Father, which is the immortal spirit. The sense of dignity, which involves certain introspection and even an awareness of the mysterious godly value that exists in every man, opposes this sense of honor that makes a human being depend in particular on its rank and on the statute it has.

Given all this, it can be said that while the honor is a value of the hierarchy, dignity is a mysterious value of equality. This equality refers to the fact that, in the beginning, all human beings have been created in the image and likeness of God and also received a mysterious godly value. In current parlance, dignity tends to be confused with the simple self-image. Therefore, the quaint proponents of euthanasia aberrantly militate for “a death with dignity”. Conscious awakening and deepening of the state of dignity triggers a specific process in the inner universe of the human being of occult resonance with the subtle energy of dignity and this gives then an obvious moral authority, prestige, and nobility. Deepening the state of dignity awakens in the human universe an uplifting condition of seriousness and majesty. 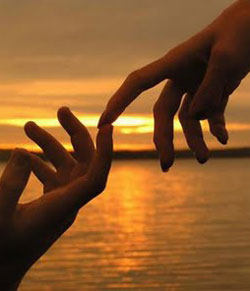 Thorough understanding of the Truth (I)