We were warned not to let the ‘genie’ out of the bottle and now it’s too late! As ‘human genome ending’ technologies are unveiled before our eyes, scientists warn: ‘the devil is in the details’. 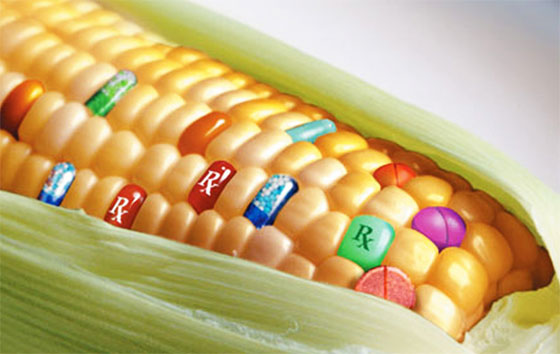 While GMO’s have long been in our food chain and ‘cosmetics’, the fact that the globalists are attempting to ‘sell’ GMO-2’s as ‘adding health benefits to foods,’ when experts in the field such as Dr. Elaine Ingham, Dr. Jonathan Latham, Claire Robinson, Kiran Krishnan, Jim Thomas and Michelle Perro, M.D. all are warning of the dangers, is just more evidence that the people are largely being lied to. All of these medical experts expose ways the ‘gene is being let out of the bottle’ in 2021, warning that the risks far outweigh any ‘perceived benefits’ of the technology.

With modern biotechnology also leading to the creation of monsters as End Times headlines warned in the recent story reporting Pandora’s box has been opened with hybrid human-monkey embryos created in a lab for the very first time, as Steve Quayle warned while linking to that story, ‘human genetic armageddon is upon us’ as the Days of Noah are played out before our very eyes.

As this story over at the website New Hope points out, amidst an international backdrop of leaders being awarded for work in genetic editing, including the 2020 Nobel Prize in Chemistry being awarded for the development of CRISPR/Cas9 genetic editing, people, and even those in the food supply chain, may have no idea what kind of new GMO’s are getting into the food chain. From their story before:

“As novel gene-editing technologies like CRISPR and ODM take off, concerns about genetically modified foods, flavors, enzymes and fragrances entering the marketplace unnoticed are gaining traction.

GMO 2.0 is here. Even though more consumers are asking for non-GMO verified foods, businesses need to be aware of changes coming from within the supply chain as gene-editing technologies like CRISPR and TALENs rapidly change the food industry, especially in the United States.

“Agribusiness has a vision of how they want food production to go and that involves large-scale use of these new genomic technologies like CRISPR and synthetic biology,” says Jim Thomas, co-executive director and researcher with the ETC Group, which monitors the impact of emerging technologies and corporate strategies on biodiversity, agriculture and human rights.

“It involves digital technology, using drones and robots in agriculture and large amounts of data flowing in and off the farm. This is the next stage of industrialization in the food chain. CRISPR is very much part of that vision.”

With drones and robots helping to grow foods and who-knows-exactly-what being put into them, that story also warned, as a Scientific American story pointed out, “The CRISPR revolution may be having its most profound – and least publicized – effect in agriculture.” The reason: USDA doesn’t think all gene-edited crops – including the newer CRISPR variety – require the same regulatory attention. That means many companies are racing to get gene-edited crops into the food supply chain.

It’s a loophole experts say is being exploited because the USDA is enabling scientists to knock out gene traits and add more desirable traits, which the government considers more “natural” than inserting DNA from other species like is done in more “traditional” gene-editing techniques. For example, gene editing now stops apples and mushrooms from browning, keeps oranges from greening and removes gluten from wheat, according to Synthego, a genome-editing company headquartered in Redwood City, California.

“The devil is in the details,” says Dr. Jonathan Latham, co-founder and executive director of the Bioscience Resource Project. That includes off-target effects, unintended side effects that can occur, Latham says, because gene editing isn’t as precise as many are lead to believe.

As that previously mentioned Scientific American story titled “New Gene-Editing Techniques Could Transform Food Crops – or Die on the Vine” pointed out, a powerful new gene-editing tool sweeping agriculture could end up modifying the debate over genetic engineering. Warning within that 2016 story that CRISPR technology was completely changing the game for agriculture, though it had the potential to create more and more ‘franken-foods’, “corporations are now tampering with nature in new and riskier ways. They can change a species by deleting genes, turning genes on or off or even create whole new DNA sequences on a computer.”

And with companies now sneaking these new GMO’s into the foods and cosmetics, including gene-silenced apples, GMO’d potatoes and more and more synthetic biology flavors and fragrances on their way to market every day, some even marketed as ‘natural’, as Jon Bowne at Infowars had warned in this April 17th story, we’re witnessing nothing less than the total genetic sabotage of humanity unfolding.

As that Infowars story also warned, we’re witnessing in 2021 nothing less than ‘the elite seeking total control over the human genome, and therefore the evolutionary destiny of mankind’ now playing out before people eyes. ‘Control the food, you can control the people’ we were long ago warned.

Global sickness reported after an unprecedented number of satellites had been…