In 2001, a group of international scientists working on behalf of the Food and Agriculture Organization (FAO) of the United Nations and the World Health Organization (WHO) agreed to modify the definition of probiotics. What they came up with became the most widely accepted definition of probiotics – that is, “live microorganisms which, when administered in adequate amounts, confer a health benefit on the host.” 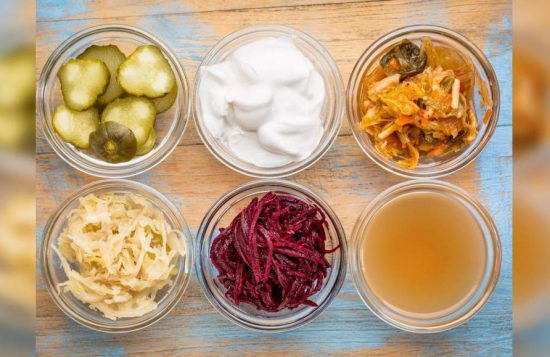 According to studies, the health benefits offered by probiotics stem from their ability to restore microbial balance in the gut. Because the state of a person’s gut microbiota has a huge impact on digestion and immune function, among other aspects, having a balanced composition of good and bad gut bacteria is important in ensuring good overall health. On the other hand, gut microbial imbalance, also known as dysbiosis, has been linked to a variety of diseases, such as obesity, heart disease, chronic kidney disease and Type 2 diabetes.

A recent study by researchers at Kyung Hee University (KHU) in South Korea presents a good example of how powerful probiotics are and how they can be used for medicinal purposes. The researchers examined the effects of probiotics on vaginosis caused by the bacterium Gardnerella vaginalis and on osteoporosis induced by ovariectomy. They reported that probiotics, specifically, anti-inflammatory bacteria isolated from kimchi, caused significant improvements in female mice with the above-mentioned conditions. The researchers discussed their findings in an in an article published in the Journal of Medicinal Food.

Bacterial vaginosis (BV) is a type of inflammation caused by the overgrowth of bacteria like G. vaginalis, which naturally reside in the vagina. Normally, good bacteria outnumber bad bacteria and keep them in check; but certain activities, such as frequent douching or unprotected sex, can disrupt the microbial balance in the vagina and promote the growth of bad bacteria.

Osteoporosis, also called “porous bone,” is a disease characterized by either the loss of too much bone in the body, a decreased formation of bone, or both. These events cause the bones to become weak and more likely to break from a fall, a minor bump or even from sneezing. According to statistics, osteoporosis is more common in women, with one in three over the age of 50 experiencing bone fractures because of it, while only one in five men experience the same. Genetics and age can play a part in osteoporosis development, along with low calcium intake, thyroid problems, inflammatory conditions and the use of corticosteroid medications.

In their study, the team from KHU noted that the excessive expression of tumor necrosis factor-a (TNF-a), a signaling protein (cytokine) secreted by inflammatory cells, is known to aggravate BV and osteoporosis. To determine if probiotics can influence the expression of TNF-a and alleviate these conditions, they isolated anti-inflammatory Lactobacillus plantarum NK3 and Bifidobacterium longum NK49 from kimchi as well as from human fecal samples. They then tested the effects of these good bacteria in female mice with BV and osteoporosis.

The researchers reported that oral gavage of NK3 alone or in combination with NK49 significantly alleviated GV-induced vaginosis and decreased GV population in the vagina. The probiotics also inhibited the activation of NF-kB, a transcription factor that increases the production of inflammatory cytokines, and TNF-a expression in the vagina and uterus of the female mice.

Based on these findings, the researchers concluded that the probiotics present in fermented foods like kimchi can alleviate BV and osteoporosis by reducing inflammation and regulating gut microbial composition.