Gibraltar had the world’s worst Covid-19 death rate per capita (2791 per million at mid April 2021). The disaster started on December 12, when an unprecedented surge in cases was witnessed (see graph below). Until that point in time, like in other European countries, Covid cases had been in constant decline for a while. In Gibraltar, numbers of cases had been dropping for almost a month since November 13.

What people do not know is that just a few days before Gibraltar morphed into a Covid killing zone, 273 Spanish key healthcare workers involved with Gibraltar’s elderly and vulnerable populations were reportedly inoculated with the Pfizer vaccine.

Gibraltar Bay radio reported on 7 December 2020, that “More than 9,200 Spanish nationals cross the Gibraltar border to work. Vaccination plans are still being drawn up, but around 273 workers working in care agencies looking after the elderly could become the first Spanish nationals to receive the Pfizer vaccine.”

The Spanish El Pais quotes Antonio Sánchez, a Spanish national and carer for two children with autism at a youth care centre who knew that he would be the amongst the first to receive the vaccine. “I am one of the first. The subcontractor company that I work for has told us that it’s very likely that they will begin vaccinating us next week [the week starting December 7].” On 8 December elperiodico.com announced that “the Spanish workers in the health and care sector in Gibraltar will be the first in the country to be vaccinated from Tuesday (8 December) against coronavirus, under the Gibraltar Government vaccination program.”

Until now we have looked at Israel as the ultimate testing ground for the Pfizer experiment. As it was reported since the beginning of January, the outcome of the Israel/Pfizer experiment has been pretty devastating. Israel’s Covid deaths doubled in just 2 months of vaccinations. Cases of newborn Covid grew by 1600%, hospitalisations doubled and so on.

In Britain we saw a similar surge in Covid deaths soon after the vaccination campaign was launched. In nearly every country that used the Pfizer vaccine around that time amongst other vaccines, the British mutant was blamed for the rise in cases and consequent deaths. Considering that air traffic almost ground to a halt by late December, it was already hard then to understand how the British mutant managed to spread so vastly. How, for instance, did it make Aliya to Israel to become the dominant Covid strain? How did it make it to Gibraltar, where it also became the dominant strain by late December? One possible and unfortunately obvious answer is that, unlike people, vaccines did travel in the air and all around the world.

The British and Israeli governments are reluctant to investigate the obvious correlation between vaccinations, cases, deaths and possibly the British mutant’s spread. An investigation into those questions may reveal that some facts related to the British mutant were known in advance. For instance, we learned that the British mutant was identified in the UK as early as September. One may wonder, weren’t British scientists alarmed by the possibility that the new variant may be related to vaccine trials that were taking place in the kingdom since the late summer?

Examining the most conservative Covid data available to us through the WHO and other international institutions, it is easy to study the close correlation between vaccination, cases, deaths and the spread of specific mutants (British, Brazilian, South African etc.). Cases and deaths start to rise exponentially in shocking proximity to the launch of vaccine mass distribution campaigns.

Yet, far more interesting is to pursue to understand the close relationship between vaccination and the so called ‘defeat of the virus.’ We should ask accordingly, how many people would be inoculated in a given society before we start to see a drop in Covid cases? We examined this question using the most conservative and widely circulated statistics. 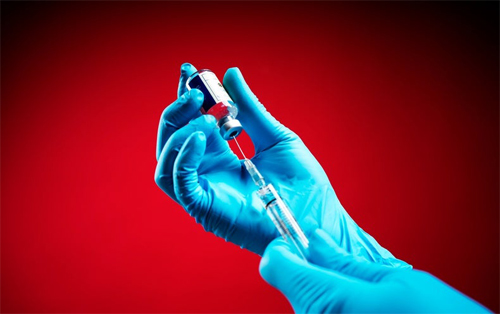 Looking at Israel reveals that 30.6% of the population was rapidly vaccinated back in December before we saw a drop in cases. This intense action clearly resulted in Israel doubling its number of deaths and its health system nearly collapsing.

The case of the United Arab Emirates is almost identical. The rapid vaccination campaign was followed by an immediate surge in cases and deaths, it then took 31% of the population being vaccinated to see the first drop in numbers.

In the UK, which was inefficient in its early mass vaccination campaign, the situation is much better. In Britain it took just 15% of the population being partly vaccinated (1 dose instead of 2) to see a clear sharp drop in cases. Despite that, the numbers of Covid death during mass vaccination surged by about 50%. We are talking about tens of thousands of people who perished.

Already in early March in Portugal it took just 3% of the population to be vaccinated for mass vaccination to defeat Covid and see the numbers drop!

This can be explained. If the presumably vaccine-induced mutant is twice as infectious than its ancestor and it is distributed initially through the medical system by means of shots rather than social contact, then making 3% of the population into super-spreaders may be enough to infect an entire society with a resistant mutant.

In the cases reviewed above, many people died and only an investigation of a criminal nature could indicate what level of consciousness, negligence or clumsiness were involved in the considerations and decisions behind mass vaccination in those relevant countries. What did the decision makers know in advance about the vaccine and possible mutants that it may induce? What have they realised along the campaign? What were the considerations and who exactly took the decisions?

Yet, the situation isn’t totally bleak as it also reasonable to assume that the unvaccinated who survived the British mutant probably bought themselves the best possible natural resilience to Covid-19 and its future mutants, something that we can’t say, unfortunately, about the vaccinated: Pfizer’s CEO admitted that the vaccinated are “likely” to be inoculated again within the next 6-12 month. Their immune systems are now dependent on Pharma’s constant supply of mRNA substances.

But the story of carnage in Gibraltar may provide us with a final validation of the above musings.

33, 000 Brits live in Gibraltar. The official vaccination of the Colony didn’t start until the January 10, yet the reported Pfizer vaccinations of just 273 key health workers (less than 1% of the population) from 7 December, if true, was enough to start a huge surge of Covid cases followed by an unprecedented spike in deaths. Like in Israel, the UK, the UAE and many other countries, Covid vaccination was followed by a sharp rise in Covid cases. Shockingly, the numbers of Covid cases in Gibraltar started to drop on January 7, three days before Gibraltar started to vaccinate its entire British population.

One may challenge the material of the Gibraltar situation and wonder, ‘if the vaccines induce mutants, as you say, why didn’t the number of cases rise once vast vaccination was launched?’ A possible answer is that by January 7, 3 days before the launch of the mass vaccination campaign, Gibraltar already enjoyed strong herd immunity. Enough members of the British territory were exposed to the mutant, those who survived were immune. If so, then less than 1% of the population being vaccinated was enough to infect the entire colony with the British mutant and to buy it total herd Immunity.

Why someone from unmedical profession has to deliver analysis validated by mainstream conservative statistics and data? Isn’t it the role of academics, health experts, the media, virologists, epidemiologists, the opposition party and the ‘Left’?

Gibraltar, like Israel, was a unique testing ground and the outcome was devastating but conclusive. But the most tormenting news is that we, the people, are betrayed in broad daylight by a united league that has drifted very far away from the Athenian ethos of science, pluralism and ethics. This is certainly one of the scariest lesson from this so-called pandemic.