America’s progressive elites have transitioned from “Follow the Science” to “Science Is Violence.”

Their senior-most judges will not define what a woman is, nor will their celebrated scholars acknowledge that only a woman can give birth.

In fact, to even assert the latter, in our betters’ view, is to render one a dangerous societal menace. 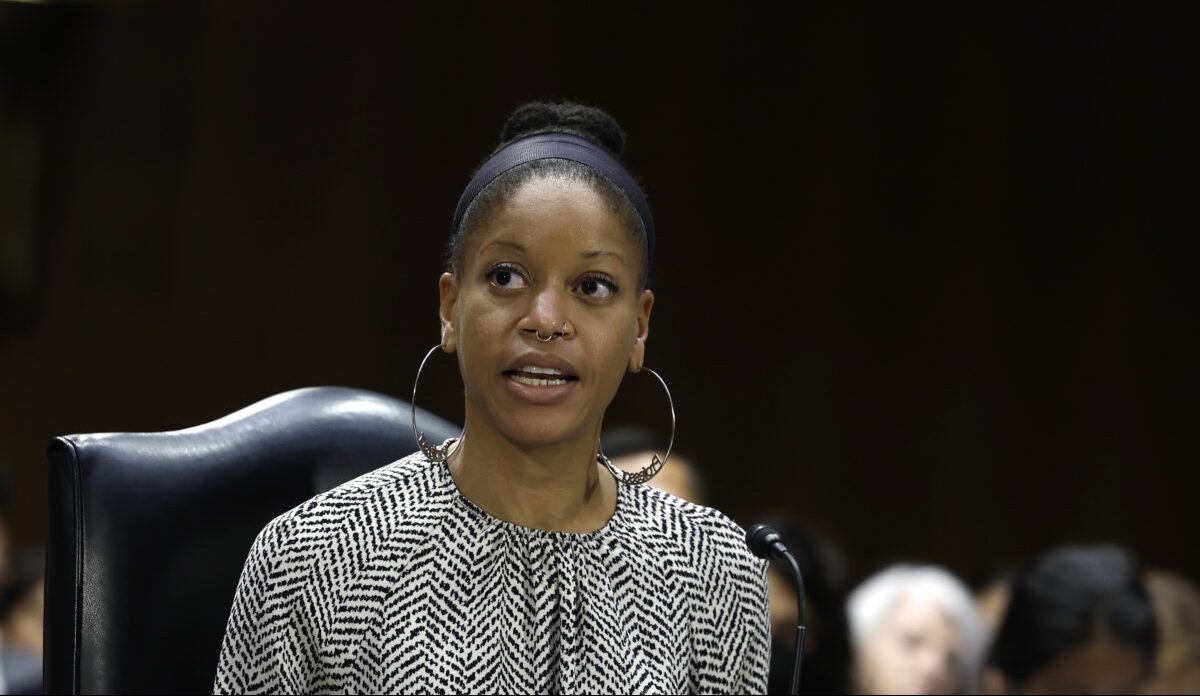 That’s one of the takeaways from the recent dumbfounding exchange between Sen. Josh Hawley (R-Mo.) and University of California–Berkeley law professor Khiara Bridges (pictured) during a Senate Judiciary Committee hearing on the legal consequences of the Dobbs v. Jackson Women’s Health Organization decision that overturned Roe v. Wade and returned the question of abortion to the states.

The back-and-forth, provoked in part by Bridges’s unwillingness under earlier questioning to refer to those who are pregnant as “women,” went as follows:

Hawley: “Professor Bridges … you’ve referred to ‘people with the capacity for pregnancy.’ Would that be women?”

Hawley: “So this [abortion] isn’t really a women’s rights issue …”

Bridges: “We can recognize that this impacts women while also recognizing that it impacts other groups. Those things are not mutually exclusive, Senator Hawley.”

Hawley: “Your view is, is that the core of this right, then, is about what?”

Bridges: “I want to recognize that your line of questioning is transphobic and it opens up trans people to violence by not recognizing them.”

Hawley: “Wow, you’re saying that I’m opening up people to violence by asking whether or not women are the folks who can have pregnancies?”

Bridges: “I want to note that one out of five transgender persons have attempted suicide—”

Hawley: “Because of my line of questioning? So we can’t talk about it?”

Bridges: “Because denying that trans people exist, and pretending not to know that they exist—”

Hawley: “I’m denying that trans people exist by asking you if you’re talking about women having pregnancies?”

Bridges: [After repeatedly interrupting Hawley’s question with “Are you?”] “Do you believe that men can get pregnant?”

Hawley: “No, I don’t think men can get pregnant.”

Bridges: “So you are denying that trans people exist.”

The exchange reflected a level of condescension, arrogance, and bad faith on the part of Bridges—an apparent radical left academic and activist who has spent much of her career teaching on critical race theory and “reproductive justice”—that was nearly as striking as its substance.

What Bridges illustrated is that progressivism requires one to ignore science, our basic humanity, and what we know to be true, and subordinate it all to a secular regressive anti-faith, of which radical gender ideology has become a sacred and integral part. 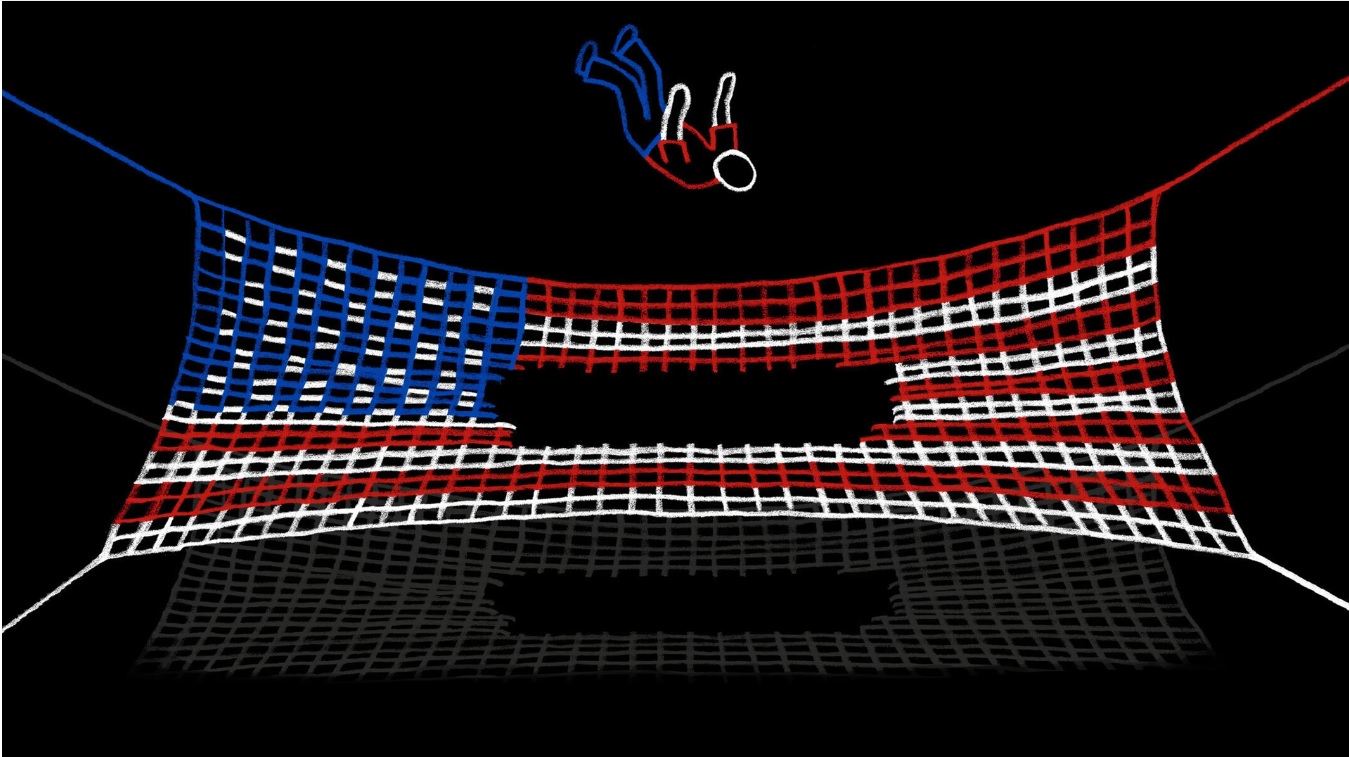 Should one dare to call out the insanity of being unwilling to recognize that women and solely women can bear children, such dissent must be treated as hateful, and the dissenters cast as dangerous.

To recognize reality must not be permitted. “Submit or you are a transphobe with blood on your hands,” the professor tells us.

This tactic is both cheap and low, but its brazen usage here constituted something of a public service. It made clear that devotees of radical gender ideology can’t debate openly and honestly.

When challenged, they drip with contempt, dodge, and resort to ad hominem. This is the best that one can expect from the best they have: academics with the most sterling of credentials, hand-picked by U.S. senators to best represent their position.

The notion that words with which the left disagrees—or truths that if broadly acknowledged would hamper their agenda and undermine their power and privilege—constitute violence, and that therefore those articulating them must be chastised if not punished using force of law or worse, of course arises from the academy. And we’re all living on the campus now.

This can be seen in the whole-of-ruling class War on Wrongthink under which we’re currently suffering, whereby those dissenting from the prevailing orthodoxy over draconian coronavirus policies, critical race theory indoctrination in schools, and on matters of election integrity, immigration, or climate are targeted for censorship and silencing if not treated as domestic terror threats by the world’s most powerful national security and intelligence apparatus.

As conditions in America get worse, and the ruling class’s worldview grows ever more radical, expect the censorship to get worse.

What else can you do when the most ardent adherents of your political movement reject biological sex, promote abortion up to the point of birth (infanticide), celebrate drag queen story hour, indoctrinate kids into believing America is a bastion of racist evil, support the freeing of violent criminals while disarming the law-abiding and throwing the book at them should they seek to defend themselves, throw wide open our borders, and cripple the energy industry on which modern life and prosperity relies—and all to predictable, disastrous effect?

For normal people seeking a normal society, this is indefensible. Silencing and punishing the ever-growing chorus of critics is the only option.

This is precisely why it’s incumbent upon those who reject such a worldview to speak ever more openly, honestly, and boldly. To remain silent in the face of such crybullies is to be complicit in their totalitarian effort—totalitarian in the sense of its expansive aspiration to control every aspect of our society, starting with our speech, and in the means used to achieve it.

For progressives, it’s clear that every norm and civilizational pillar must be transgressed.

Their fragility is best demonstrated in their every effort to stop you from calling them out on it.