Freedom vs. The machine – geneticists and their weapons

Genetic determinism: the belief that an individual’s character, thoughts, and actions are the result of his genes. Freedom means: being free from, and outside of, ironclad cause and effect. Which side of the argument will win? Riding on this is… the future of the human race.

For the past 150 years, genetics has been emerging and taking center stage as the pre-eminent philosophy of life on planet Earth. For most people, philosophy is of zero concern. They refuse to believe it can influence their lives in any way. 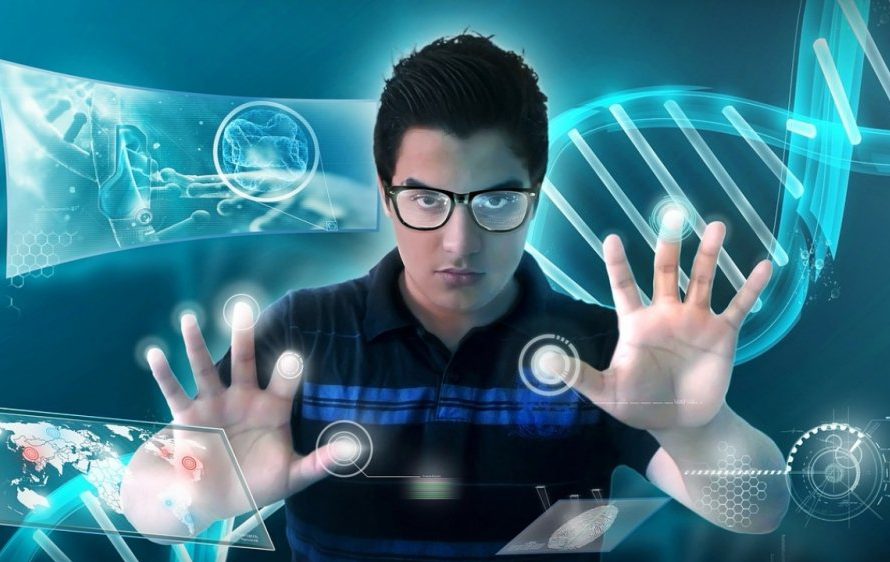 However, we currently have the mRNA covid genetic treatments called vaccines, targeting billions of people. According to the bought-off experts, these destructive treatments are working, in machine-like fashion, to protect us from a phantom virus.

The genetics on which the vaccines are based occupy a distinct philosophic position: our thoughts and actions are the effects of our genes; scientists can interfere with that structure and replace it with another genetic framework, which in turn will impose new all-consuming actions, thoughts, and biological alterations upon us. One new machine taking over from an older machine.

But there has never been a genetic cure for any disease. All attempts to prove that a disease stems from genes have failed. In this sense, genetics is a long con, both scientifically and philosophically. Of course, the scientists will never admit this. They’re dedicated to tinkering and experimenting, “until they get it right.”

Veteran journalist Celia Farber describes one such experiment: “Jesse Gelsinger was 18 years old when he volunteered for a clinical trial at Penn State to test the effect of gene therapy on a rare metabolic disorder called OTC Deficiency. Within hours of being infused with ‘corrective genes’ encased in weakened adeno-virus, Jesse suffered multiple organ failure, and days later, his blood almost totally coagulated, swollen beyond recognition, and brain dead – he was taken off life support.” Just another day at the office for the funders and researchers. They’re working with billions of dollars and a vision of the future. Nothing can stand in their way.

ere is one of those visions, expressed by Gregory Stock, former director of the program in Medicine, Technology, and Society at the UCLA School of Medicine:

“Even if half the world’s species were lost during genetic experiments, enormous diversity would still remain. When those in the distant future look back on this period of history, they will likely see it not as the era when the natural environment was impoverished, but as the age when a plethora of new forms – some biological, some technological, some a combination of the two – burst onto the scene…”

You need to understand that behind all this “envisioning” and experimenting, there is the solid conviction that freedom and free will are illusions, don’t exist. Therefore, all experiments are permitted, since they simply substitute one determinism for another, one machine for another. Life itself is viewed as nothing more than a pattern, a structure.

Huxley’s Brave New World wasn’t really a radical departure from the emerging genetic science of his time. It was a description of “better genetic programming,” carried to a logical conclusion. Humans would be fully outfitted with a biology that made them content and satisfied with their designated positions in life. There was the thunder AND the lightning. Humans genetically conditioned for specific roles; and also conditioned to accept those roles beyond the possibility of rebellion.

What about the centuries of struggle and war and blood to establish political freedom? What about the Magna Carta and the Declaration of independence and the Constitution and its Amendments? For the genetic philosophers, all that history is waste and meaningless garbage, since freedom does not exist.

We are not talking about a small bunch of crazy philosophers closeted in a cellar and spinning fantasies. These people are carrying banners of the new world among the most elite Globalists. The entire fake pandemic narrative, starting with the lie that researchers discovered a new virus, was launched in order to open a door for mRNA genetic technology. Yes, there were other reasons, but gene tech was central.

Coming up, we will see new genetic treatments called vaccines. And drugs based on that tech. Behind that – programs to make deeper and deeper genetic changes in humans. The cover story for genetic research and experimentation is: “we’re aiming to cure disease”. The truth: with the use of artificial intelligence they are aiming to convert human beings into machines.

What do contemporary philosophers have in their arsenal to combat this assault? Here is an example from Thomas Nagel, a professor at New York University: “Even if determinism (the inevitable chain of cause and effect) isn’t true for everything that occurs – even if some facts just occur without being determined by causes that were there in advance – it would still be very significant if everything we did were determined before we did it. However free you might feel when choosing between fruit and cake, or between two candidates in an election, you would really be able to make only one choice in those circumstances – though if the circumstances or your desires had been different, you would have chosen differently.” Really? That’s it?

Professor Nagel somehow thinks there is no such aspect as free will? Well, if that’s the case, he wrote those words because he had to, because of the very determinism he describes; he had no choice; and people reading those words would think about them in a way that is also predetermined. The whole business is a puppet show and means absolutely nothing.

The “philosophy” of determinism is, when you scratch the surface, a philosophy of nihilism. Nothing means anything. And its perpetrators aren’t bothered in the least. They’re quite content to stand on their absurd pretensions, while hard scientists inject populations with genes. So much for academia as “the guardians of civilization.” We wouldn’t give a nickel for a gaggle of them.

Each one of us makes free choices every day of his life. Freedom of conscience implies working on a canvas as big and grand as you want to make it.

How corporations influence you and control your actions