Two new cases of atypical thrombosis, including one death, associated with AstraZeneca’s anti-covid vaccine occurred in France between 23-29 of April, according to a statement from the French Medicines Agency (ANSM). 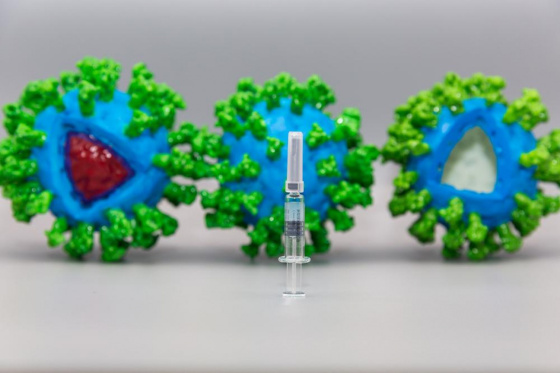 Since the British-Swedish serum began to be administered, there have been “30 cases of thrombosis, including 9 deaths in total” in France, following more than 3,855,000 injections administered up to April 29th.

These two new cases concern two women aged 60 and 70 respectively who developed cerebral venous thrombosis, including a case of thrombocytopenia – an associated platelet deficiency. The two cases will be reported to the European Medicines Agency (EMA), ANSM said. The use of AstraZeneca (Vaxzevria) vaccine has been restricted to people over 55 years of age, from March 19th, 2021.

ANSM also studied the side effects of the Pfizer/BioNTech vaccine during 16-29 of April. “Following the detection of 6 new cases of acute pancreatitis, including one death” during this period, all cases reported since the start of the vaccination campaign have been reviewed.

The analysis of the 15 serious cases (including one death) of acute pancreatitis reported in total shows that, in almost one third of cases, they occur in patients with a history of pancreatic or biliary pathology. The events constitute a “potential signal” to be shared at European level, ANSM points out.

Among the effects already under surveillance, “analysis of two new cases of Guillain Barré syndrome, which is neurological related, also called acute polyradiculoneuritis, confirms that this rare effect is a “potential signal,” the institution adds.

In total, more than 15,813,000 doses of the Pfizer/BioNTech vaccine had been administered in France by April 29th.

Valentin Stan: “The essence of accepting such a vaccine that is not approved by standard procedure makes it very clear that no one can force you to get immunized”

Judge Mădălina Afrăsinie says: “I am not judging you because you got vaccinated. Very good. But that doesn’t give you the right to blame me and restrict my rights because I decided not to get vaccinated.”