When enforced narratives fail, abrupt U-turns are inevitable. The global Ministry of Truth is now openly promoting the Wuhan lab leak theory when they are not savaging the darlings of yesteryear’s “coronapocalypse”.

One such fall guy is the British mathematical epidemiologist Prof. Neil Ferguson whose Covid-19 contagion model paralleled the 3.5 hour-long pandemic simulation exercise called Event 201 in October 2019. Up to 65 million people were projected to die from this contagion. Unsurprisingly, the common denominator between both projections was the omnipresent Microsoft which helped “tidy up” Ferguson’s code. Experts and politicians the world over naturally “listened to the science”, mirroring a teenager’s hysterics over another ostensibly existential issue. 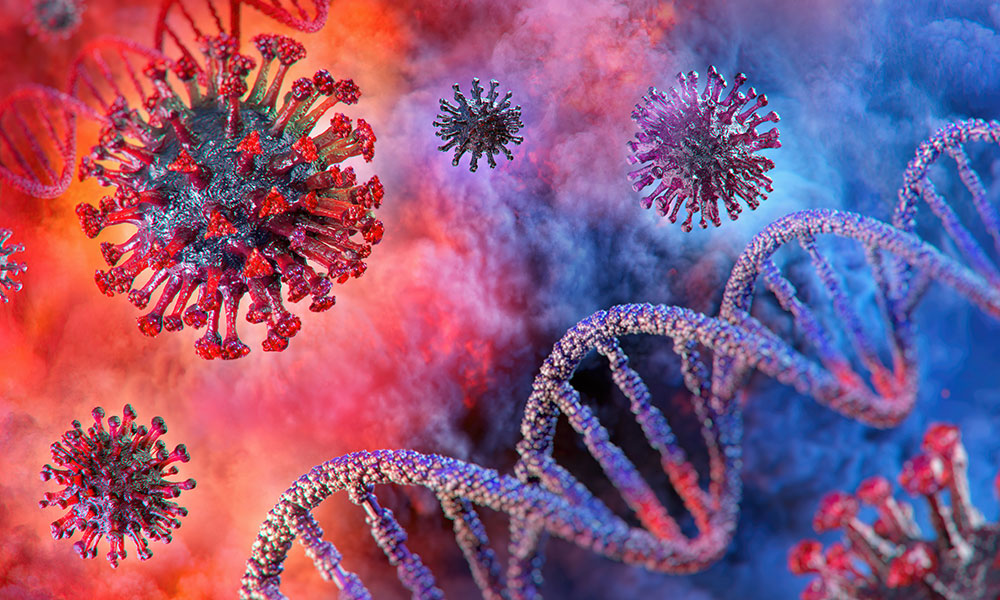 Now, however, shadow-banned links are emerging from Google’s search limbo to inform us that Ferguson’s code was a “buggy mess” that looked “more like a bowl of pasta than a finely tuned piece of programming.” This is what our endless lockdowns and coercive vaccinations programs were based on!

The “unity through crises” model of the ruling class is backfiring; and the credibility of their political marionettes is plumbing new depths. The World Economic Forum’s prophesied “cyber pandemic”, if it ever transpires, will only to serve to harden growing public skepticism. Besides, such an event would only prove that the building blocks of the WEF’s Great Reset were built on the “pastafarian” codes of Big Tech. Blaming Russian or Chinese bogeymen may not work anymore.

It is not just our cyber systems that are wobbling on dodgy foundations; our entire global systems are primed for a mighty fall. Instead of unity, manifold planetary crises are leading to social fissures of an unprecedented proportion. Mankind can no longer be unified through internally generated crises. The Great Reset project needs to be salvaged by something more exogenous… perhaps something extraterrestrial? Coincidentally, the mainstream narrative has been veering in that direction.

Many years ago, some authors have gamed out two interlinked scenarios that could engender global order in an elitist-induced chaos. We will now delve into that bizzaro world…

The build-up to the recent unclassified US intelligence report on Unidentified Aerial Phenomenon (UAP) – the new euphemism for extraterrestrials (ETs) and Unidentified Flying Objects (UFOs) – was preceded by a confusing raft of mainstream admissions over their existence. During a late night show in May, former US President Barack Obama quipped that “when it comes to aliens, there are some things I just can’t tell you on-air” before confirming that there were indeed sightings of physics-defying objects in the sky.

This admission was straddled by more bizarre claims. According to Luis Elizondo, former director of the US military’s Advanced Aerospace Threat Identification Program (AATIP), extraterrestrials are interested in earthling nuclear technologies (in spite of the Chernobyl, Fukushima and Three Mile Island disasters).

Now, hold that thought for a second: Is it logical for extraterrestrials to waste galactic time, travel and resources to probe the secrets of our primitive nuclear capabilities? We do not even have a prototype for a nuclear-powered mission to Mars, much less resolve obstacles associated with fusion and pebble bed reactors. Elizondo estimates that current UFO technologies could be “anywhere between 50 to 1,000 years ahead of us…” In technological terms, this is a wildly guesstimate timeline that spans aeons between the supersonic and Star Trek epochs. Besides, they seemed light years ahead of us when the first UFO sightings were documented nearly a century ago. A more believable scenario is that there are beneficial extraterrestrials intervening in our earthly affairs in order to stop us from massacring each other and the planet we inhabit.

UFOs are now mainstream study. While vaccine skeptics are viciously trolled and censored as conspiracy theorists on terra firma, so are the claims that a “Galactic Federation” of beneficial extraterrestrials are working hard for the ultimate good of mankind. Gen. Haim Eshed, former head of Israel’s military space division, claimed that the US and Israeli governments have been part in this interstellar project. According to the general, there are also other races of extraterrestrials who have “signed a contract with us to experiment here” but earthlings should not be worried as ETs are merely looking to enlist them as “helpers” in their quest to “understand the universe”. 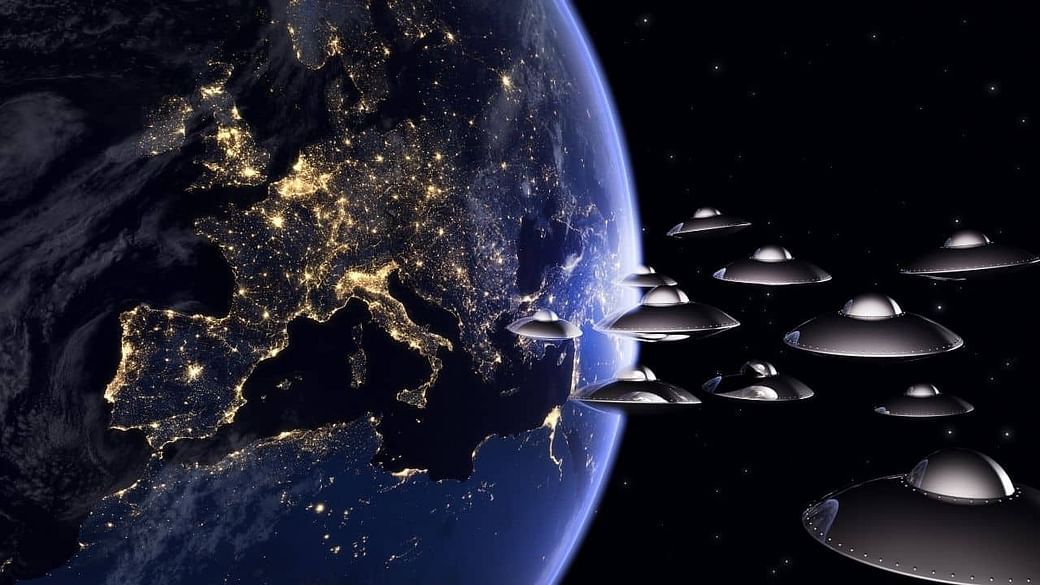 One is hard pressed by the question whether Israeli government can trust those ET races even as it wars with its immediate neighbors. Perhaps Eshed had anticipated this question with the following rationale: “They want to make us sane and understanding first. They waited until today for humanity to evolve and reach a stage where we will understand what space and spaceships are.” If Eshed had been discerning the signs, it would have been clear that “sanity” and the “US government” no longer gelled in the same sentence.

Even more questions arise, beginning with those of a comedic nature. Just which Harvard legal eagle was responsible for drafting this binding contract with what races of ETs, when (s)he was not perfecting the finer points of critical race theory and the color-coded taxonomy of mankind? Which court will act as the arbitrator? Why are ETs seeking the help of a fractured, primitive species to “understand the universe” if their own technologies are light years ahead? Are these ET races beneficial, as the ones that we clearly saw that helped the planet time and again?

The threat of an extraterrestrial “other” will unlikely unify mankind as many globalists secretly hope – despite a USA Today headline which reads: “UFOs have done what covid never has: Unite Republicans and Democrats in Congress.” Likewise, any physical manifestation of “aliens” will be instinctively viewed as a contrivance of global elitists and their Big Tech partners. There is, however, a particular binary set of circumstances under which extraterrestrial manifestations could be used to coerce global unity.

Order out of chaos

While the Davos crowd works towards a Great Reset or a New World Order or whatever, there is just one niggling problem: Hardly any of them possess a scintilla of credibility any more. Their sole accomplishment thus far has been the enrichment of the top 0.001% at the expense of a growing horde of renters. These sociopaths even have the gall to declare that we “will still be happy” with our serfdom by 2030.

It is therefore logical to assume that any Great Reset would be inalienably contingent on the denunciation and punishment of its very architects. It would be a highly placating outcome for the vast disenfranchised masses that had been reeling from years of pastafarian technological promises, lockdown regimes and woke propaganda. A series of incriminating leaks may emerge to expose the culprits in flagrante delicto. This may include irrefutable evidences of stolen elections, rigged financial markets, pandemic shenanigans and literal skeletons in the closet. Is it a coincidence that the global elite are now feverishly censoring free speech under the guise of combating “fake news”? They will need total panoptic control by 2030 and they are running out of time.

The fightback against the Great Reset will be recast as a populist revolution to undo all the wrongs done against humanity. The chorus of “never again” may ring out once more; this time without tribal boundaries. Out of this populist cauldron may emerge a great unifier, a world leader who can unite mankind and restore our broken societies under a brand new global. Let’s face it: a desperate generation is a gullible one.

If this scenario sounds preposterous, remember that it broadly resonates with biblical end-times eschatology. Otherwise, it made little sense for Pope Francis to declare that he was willing to baptize extraterrestrials when the moment would arrive. Baptism is the formal act of initiation into the Christian faith; an act of believing in the ultimate salvation of all “men” (“anthropos” in the original Greek of 1 Timothy 4:10 and similar verses). “Anthropos” solely refers to humans; not extraterrestrial entities. Is the Pope toying with the idea of a new universal religion alongside a new universal society?

This hybrid plan of salvation is somewhat echoed in Isaac Asimov’s Foundation trilogy. In Asimov’s series, two separate galactic civilizations were established for the long-term survivability of mankind. The one based on science and technology ultimately failed; the other based on psychic wizardry succeeded. Wouldn’t it be more potent to combine both paradigms, if this were possible?

The June 25 UAP report, titled Preliminary Assessment: Unidentified Aerial Phenomena, ultimately turned out to be a teaser for additional intelligence funding. As the Intelligencer had correctly anticipated: “Perhaps after wasting over $1.6 trillion on the disastrous F-35, spending over $2.26 trillion on the war in Afghanistan, and facing a flat budget for 2021, the Pentagon simply wants a flashy reason to demand more money.” The Great Reset will require an omnipotent and omniscient military force.