Johns Hopkins Medicine researchers say they have added to evidence that the compound farnesol, found naturally in medicinal plants, berries and other fruits prevents and reverses brain damage linked to Parkinson’s disease, as showed in mouse studies. 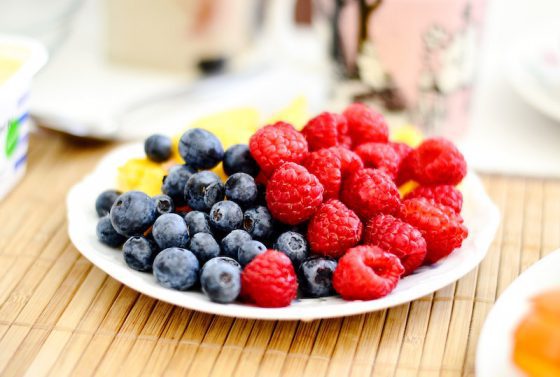 Farnesol is a natural 15-carbon organic compound which is an acyclic sesquiterpene alcohol. Under standard conditions, it is a colorless liquid. It is hydrophobic, and thus insoluble in water, but miscible with oils.

Farnesol is present in many essential oils such as citronella, neroli, cyclamen, lemon grass, tuberose, rose, musk etc. It is used in perfumery to emphasize the odors of sweet, floral perfumes. It is especially used in lilac perfumes.

Farnesol was found in a flower extract with a long history of use in perfumery. The pure substance farnesol was named after the Farnese acacia tree (Vachellia farnesiana), since the flowers from the tree were the commercial source of the floral essence in which the chemical was identified. This particular acacia species, in turn, was named after Cardinal Odoardo Farnese (1573–1626) of the notable Italian Farnese family which (from 1550 through the 17th century) maintained some of the first private European botanical gardens in the Farnese Gardens in Rome.

The compound, used in flavorings and perfume-making, can prevent the loss of neurons that produce dopamine in the brains of mice by deactivating PARIS, a key protein involved in the disease’s progression. Loss of such neurons affects movement and cognition, leading to hallmark symptoms of Parkinson’s disease such as tremors, muscle rigidity, confusion and dementia. Farnesol’s ability to block PARIS, say the researchers, could guide development of new Parkinson’s disease interventions that specifically target this protein.

“Our experiments showed that farnesol both significantly prevented the loss of dopamine neurons and reversed behavioral deficits in mice, indicating its promise as a potential drug treatment to prevent Parkinson’s disease,” says Ted Dawson, M.D., Ph.D., director of the Johns Hopkins Institute for Cell Engineering and professor of neurology at the Johns Hopkins University School of Medicine.

Results of the study, published July 28 in Science Translational Medicine, detail how the researchers identified farnesol’s potential by screening a large library of drugs to find those that inhibited PARIS.

In the brains of people with Parkinson’s disease, a buildup of PARIS slows down the manufacture of the protective protein PGC-1alpha. The protein shields brain cells from the damaging through reactive oxygen molecules that accumulate in the brain. Without PGC-1alpha, dopamine neurons die off, leading to the cognitive and physical changes associated with Parkinson’s disease.

The researchers found that the mice fed with the farnesol diet performed better on a strength and coordination test designed to detect advancement of Parkinson’s disease symptoms. On average, the mice performed 100% better than mice injected with alpha-synuclein, but fed a regular diet. Farnesol’s ability to block PARIS, say the researchers, could guide development of new Parkinson’s disease interventions that specifically target this protein.

When the researchers later studied brain tissue of mice in the two groups, they found that the mice fed a farnesol-supplemented diet had twice as many healthy dopamine neurons than mice not fed the farnesol-enriched diet. The farnesol-fed mice also had approximately 55% more of the protective protein PGC-1alpha in their brains than the untreated mice.

In chemical experiments, the researchers confirmed that farnesol binds to PARIS, modifying the protein’s shape so that it can no longer interfere with PGC-1alpha production.

While farnesol is naturally produced, synthetic versions are used in commerce, and the amounts people get through diet is unclear. The researchers caution that safe doses of farnesol for humans have not yet been determined, and that only carefully controlled clinical trials can do so.

Though more research is needed, Dawson and his team hope this delicate flowery odor and weak citrus-lime taste molecule, farnesol, can someday be used to create treatments that prevent or reverse brain damage caused by Parkinson’s disease.